Sun Coast Chemicals (SCC) of Daytona Inc., Palm Court, Florida was founded in 1989 by race car driver Edward "Buck" Parker to help alleviate problems on the NASCAR Racing Circuit, such as heat and wear damage to engines and transmissions of race cars. The company's first product, X-1R Concentrate Friction Eliminator, established Sun Coast's reputation as a manufacturer of effective lubricants. In 1994, when Lockheed Martin Space Operations (LMSO) was looking for a more environmentally-friendly lubricant for a mammoth transporter, the company turned to Sun Coast for assistance.

LMSO is NASA's contractor for launch operations at Kennedy Space Center (KSC). The huge transporter is the Mobile Launch Platform, a six million pound "crawler" that moves the complete Space Shuttle from KSC's Vehicle Assembly Building to the launch pad at one mile per hour. The company asked Sun Coast to develop a spray lubricant that would eliminate environmental drawbacks of lubricants then in use yet meet demanding specifications and provide the crawler with extreme lubrication protection. Working in cooperation, LMSO and Sun Coast developed the Crawler Track Lubricant (CTL) in eight months and the formulation passed all NASA tests, met all Environmental Protection Agency requirements, and has since become a major part of the Crawler Preventive Maintenance Program at KSC.

Using the NASA formulation as a departure point, SCC has created and introduced to the commercial market three spinoff products. The first was TTL (Train Track Lubricant), a modified version of CTL that solved a wear problem for the Florida Power Corporation Railroad System. A second spinoff, also in service with Florida Power, is the PSL (Penetrating Spray Lube), which is used in applications where spray lubrication is needed for rust prevention, for loosening corroded bolts, and for lubricating joints and hinges. The third offshoot of CTL is the BHF (Biodegradable Hydraulic Fluid), which has an oxidation life of 10,000 hours.

SCC produces a broad family of environmentally friendly lubricants for applications ranging from industrial assembly lines to oiling a child's bicycle chain. The company has achieved explosive success in a short time and now has distribution networks in 52 countries. 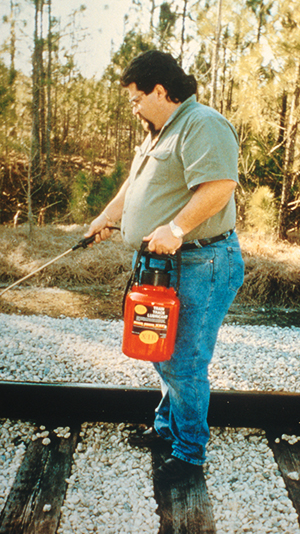 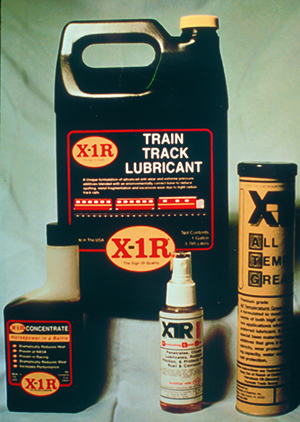 A family of NASA-developed lubricant products