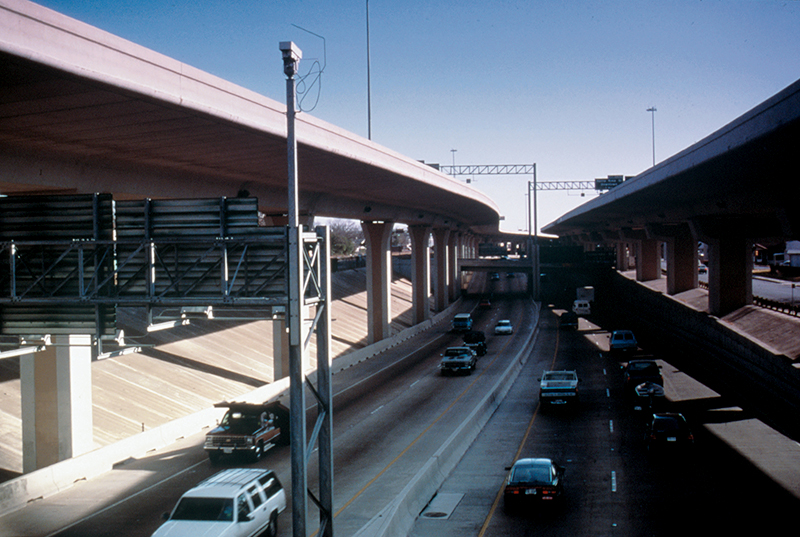 Also in attendance were representatives of some 60 companies that teamed to support the project theme of "Technology in Motion," which refers to the creation of "smart" roadways through application of a number of technological innovations, many of them derived from NASA technology. The contractor team was headed by AlliedSignal Technical Services Corporation, Columbia, Maryland, a leading NASA contractor since the earliest days of space flight.

The TransGuide project began in 1990 when TxDOT began an assessment of advanced technologies applicable to traffic management. The major conclusion of the study effort was that adding lanes to San Antonio's highways was not the answer to efficient expansion; rather, the road network had to be made intelligent by the application of advanced video, sensor, computer and communications technologies. After a competition among several major high tech firms, TxDOT selected AlliedSignal as prime contractor and overseer of the 60-plus specialized companies. AlliedSignal's assignment called for completing the design; procuring, installing and integrating the equipment; testing the system; and training the personnel to manage traffic on what would eventually be a 191-mile freeway network. The initial 26 miles became operational in 1995.

At the core of TransGuide is a command and control system similar to one of NASA's major control centers. Inside the 48,000-square-foot center, video and computer images are displayed on console monitors and on a 60-foot video wall. Each operator also has four video monitors on which to display images from the roadside cameras.

The system monitors the passage of traffic over the sensors embedded in the roadways and-based on traffic speed and flow rates-detects likely incidents. Control center operators are alerted to the occurrence of an accident and the area of the occurrence is highlighted on the map display.

Simultaneously, the system activates video cameras on the roadway to enable the operator to investigate the accident. The operator answers three questions posed by the computer and the system returns a recommended response to minimize the traffic impact of the accident. The system is designed to detect any accident within two minutes (as compared with 20 minutes by manual detection) and to prepare and implement a response in as little as 15 seconds.

The TransGuide ITS incorporates multiple NASA technologies stemming from AlliedSignal's broad experience as a NASA contractor. AlliedSignal Technical Services is NASA's primary services contractor at Goddard Space Flight Center, a subcontractor for mission operations and support to Rockwell International at Johnson Space Center, and a contractor to Jet Propulsion Laboratory. The company also provides services to Ames and Lewis Research Centers and three stations of the Tracking and Data Relay Satellite System.

Allied Signal continues to support the TransGuide software as the system expands and to perform complementary transportation management functions.

Abstract
Under contract to the Texas Department of Transportation, AlliedSignal Technical Services developed the Transportation Guidance System (TransGuide) used in San Antonio, Texas. The system monitors the passage of traffic over the sensors embedded in the roadways and detects incidents. Control center operators are alerted to the occurrence of an accident and the area of the occurrence is highlighted on a map display. TransGuide incorporates technology AlliedSignal developed under various contracts to NASA at Goddard Space Flight Center, Johnson Space Center and Jet Propulsion Laboratory, including the design of ground control centers. 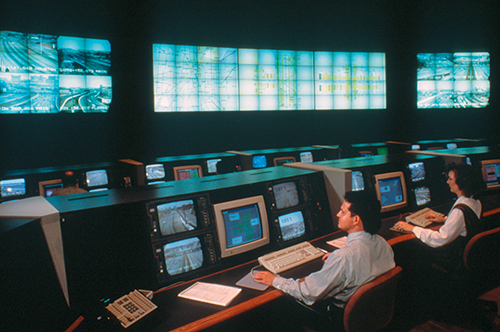 From a control center, workers monitor and manage the road system in San Antonio. 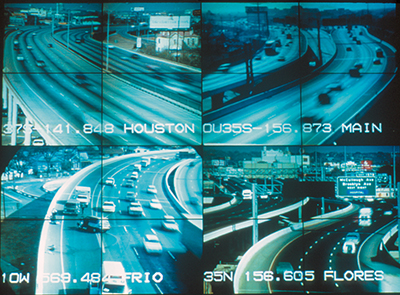 Mounted on poles, the cameras can be manipulated remotely.