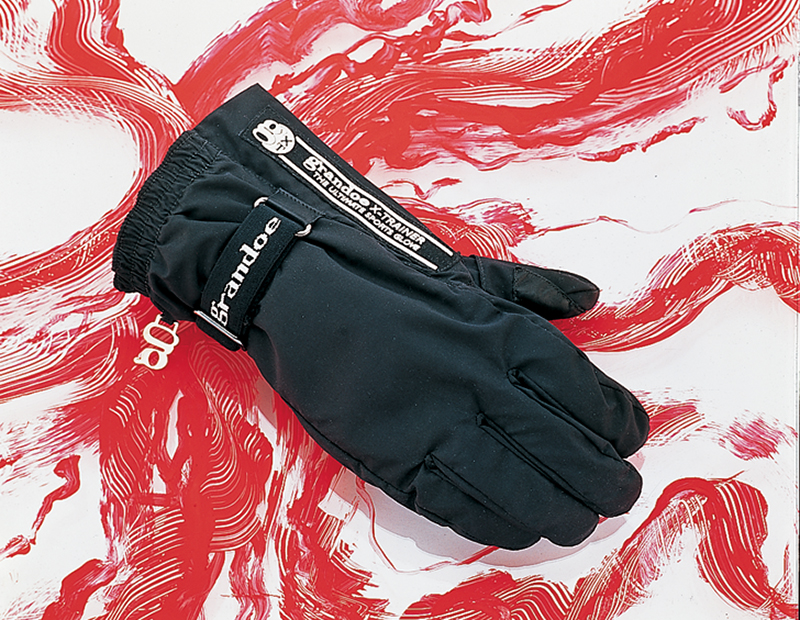 How best to lessen the prospect of having your toes and fingers freeze in winter conditions or keep you from that one last ski run? Gateway Technologies, Inc. of Boulder, Colorado is marketing and developing textile insulation technology that can keep a sunny smile even in bone-chilling climes.

Licensed to Gateway by Triangle Research and Development Corporation (TRDC) of Raleigh, North Carolina, the enhanced thermal insulation stems from Small Business Innovation Research (SBIR) agreements with NASA's Johnson Space Center and the U.S. Air Force. The effectiveness of the insulation stems from microencapsulated phase-change materials (microPCMs) originally made to keep warm the gloved hands of space-strolling astronauts. The materials were considered ideal as a glove liner, to help thwart temperature extremes of the space environment.

"Our technology has the capability of making products thinner, of making people or objects warmer longer, or of keeping people cooler," says Gateway president Ed Payne. Founded in 1990, Gateway has further developed the innovative thermal regulating system after obtaining exclusive license to the technology developed for NASA that same year, Payne says.

MicroPCMs, when applied to textile fibers or textile substrates, the rate of heat transfer is slowed and can boost heat capacity by 1,000 percent. That enhanced thermal characteristic is made possible in manmade fiber by adding microPCMs to a chemical solution or polymer prior to fiber extrusion. In the process, microPCMs are integrated inside the fiber itself. In essence, by applying microPCMs, "smart fabrics" can be made.

The applications for the product appear great, from outer wear, housing insulation, blankets, as well as protective firefighting gear and scuba diving suits. Gateway has developed and has begun marketing thermal regulating products under the trademark, OUTLAST. Bringing the insulation to the garment and textile industries is part of Gateway's strategic marketing plan.

Products made from OUTLAST, such as ski parkas, hunting jackets and thermal underwear, is an approach far different than traditional insulation methods that rely on trapping air within fiber or fabric. Thanks to microPCMs, heat is absorbed causing the microencapsulated material to change phase (from solid to liquid) at the molecular level, storing or releasing heat in response to temperatures next to the skin. By efficiently holding on to heat and disbursing it evenly within the fabric yields a thinner, but more dynamic and protective thermal barrier between the body and the exterior environment. This, in turn, eliminates the need for garments that are awkward and unwieldy for their wearer.

Several products using OUTLAST have already made their way to the activewear marketplace. For instance, Gateway Technologies has granted Boston-based Tempo Shain Corporation exclusive license to feature its OUTLAST in boot and shoe liners.

Gateway has also granted an exclusive agreement with Bula, Inc. to use OUTLAST in winter headgear, hats and caps for hunting and other outdoor sports. Also, C.F. Ploucquet GmbH & Company in Germany has entered into a licensing agreement with Gateway to produce fabrics using OUTLAST throughout Europe.

Yet another example is the Grandoe Corporation who is developing prototype OUTLAST fabrics for use in a variety of men's and women's ski gloves.

From space gloves to ski gloves, microencapsulated phase change material has become an innovation you can easily get your hands on.

Abstract
Gateway Technologies, Inc. is marketing and developing textile insulation technology originally developed by Triangle Research and Development Corporation. The enhanced thermal insulation stems from Small Business Innovation Research contracts from NASA's Johnson Space Center and the U.S. Air Force. The effectiveness of the insulation comes from the microencapsulated phase-change materials originally made to keep astronauts gloved hands warm. The applications for the product range from outer wear, housing insulation, and blankets to protective firefighting gear and scuba diving suits. Gateway has developed and begun marketing thermal regulating products under the trademark, OUTLAST. Products made from OUTLAST are already on the market, including boot and shoe liners, winter headgear, hats and caps for hunting and other outdoor sports, and a variety of men's and women's ski gloves. 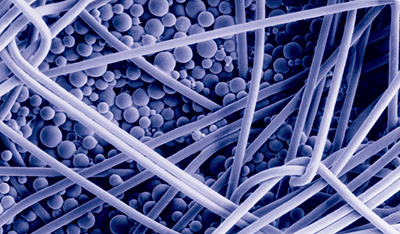 An electromicrograph shows the microencapsulated phase change materials in the insulation for cold-thwarting ski apparel.

NASA-sponsored work on gloves that can keep an astronaut's hands from freezing while working in space has been applied to ski gear.