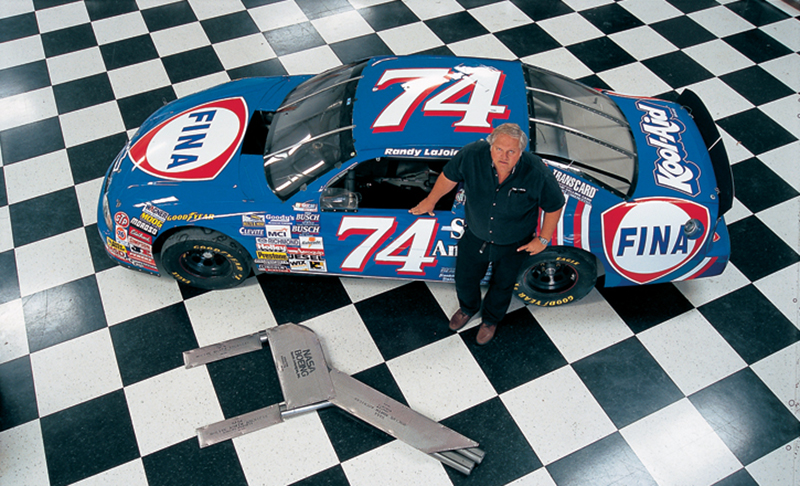 Beating the heat in a stock car competition is another kind of space race that demands thermal protection materials.

Under a Space Act agreement between Boeing North America (formerly known as Rockwell Space Systems) and BSR Products, Inc., of

BSR has created special TPS blanket insulation kits for use on autos that take part in National Association for Stock Car Auto Racing (NASCAR) events, and other race cars through its nationwide catalog distribution system.

NASA's fleet of orbiters are protected by TPS materials inside and out, from the sometimes space-exposed cargo bay to the space plane's

outer surface. Developed by Rockwell, classes of TPS tiles and thermal blankets safeguard Space Shuttle orbiters as they slam back into Earth's atmosphere. Reentry heat loads can be as high as 3,000 degrees Fahren heit during the plunge.

The idea of using Space Shuttle TPS to insulate heat-generating areas of stock cars came by way of a tour taken by NASCAR champion Bobby Allison at Kennedy Space Center (KSC). Then KSC Director, Jay Honeycutt, a racing fan himself, recommended to Allison that TPS insulation could shield drivers from excessive heat exposure.

Speeding race car drivers are in the hot seat in more ways than one. It has been estimated that temperatures inside a race car's cockpit can soar to a sweltering 140 to 160 degrees. It is common for NASCAR drivers to endure blisters and burns due to the excessive heat flooding into the cockpit. That extreme heat comes through the engine firewall, transmission tunnel, and floor. High temperatures, in fact, have led to many totally exhausted drivers being hauled out of their cars after a grueling meet.

NASCAR racer, Allison, intrigued by the use of TPS, contacted colleague and rival, Roger Penske, who was able on short notice to loan a stock car to KSC for one day of TPS retrofitting.

Thunderbird stock car. The TPS insulation extras added less than four pounds to the car. Later tests clearly showed significant temperature drops in locations where the TPS material was used. In the driver's cockpit, temperatures were lowered by some 50 degrees.

A big thumbs up was given to the TPS additions by NASCAR driver Rusty Wallace. He raced several times with the material and participated in an instrumented test at Daytona International Speedway in April 1996. "This is a breakthrough," Wallace says. "I am totally impressed with this material. I feel that the TPS material helps the whole car run cooler, and the cooler the car, the better the performance," he says.

Enter BSR. BSR-TPS Products, Inc. is now manufacturing insulation kits for distribution to race car teams around the world. The cost is a modest $1,300 apiece, with the company expecting to generate $1 million a year in sales.

BSR identified numbers of areas in stock cars that would benefit from selective touches or a mix of Space Shuttle TPS materials, such as: under the drivers seat and ancillary components; between floorpan and exhaust system on the drivers side; for insulating the oil tank; to shield the ignition system; and for installation under the driver's feet and along the side of the transmission tunnel and behind the pedals.

Martin Wilson, Rockwell's TPS Facility project manager, says that the match of TPS, the Technology Programs and Commercialization Office at KSC, and NASCAR racing is sure to significantly improve environmental conditions for race car drivers. "This is another good example of how technology developed for the space program can be used for applications on Earth," Wilson says. 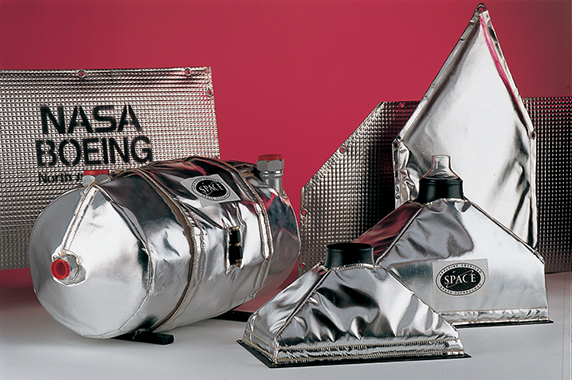