Spacecraft stability and control is a must so that sensors, solar panels, antennas and other hardware are properly oriented to perform their functions. In order to satisfy a demand for low cost attitude control systems for small spacecraft, Goddard Space Flight Center awarded Small Business Innovation Research (SBIR) contracts to ITHACO, Inc. of Ithaca, New York.

By taking on that challenge, ITHACO designed and built versatile but inexpensive scanning horizon sensors and reaction wheel hardware. By transferring that expertise into commercial products, the company has become a prominent manufacturer of attitude sensing and control components in the United States and for the international community.

A pioneer in the field of satellite control since 1962, ITHACO has produced such items as Earth sensors, reaction /momentum wheels, magnetometers and magnetic torquers. Over 100 U.S. satellites have carried equipment crafted by the firm, including spacecraft flying under Japanese, Canadian, French, German, Spanish, Swedish, and Argentinean flags. That track record fits well with ITHACO mottos: "Winning Attitudes In Space" and "Attitude Is Everything."

NASA SBIR-sponsored work resulted in the ITHACO's T-Wheel, built specifically for attitude control of small and medium-sized spacecraft. The T-Wheel consists of a precision balanced aluminum flywheel suspended on stainless steel ball bearings and driven by an ironless armature brushless DC motor. One exceptional feature of the T -Wheel is that it can be used as an independent momentum/reaction wheel or augmented with horizon sensor optics for both attitude determination and attitude control.

Additionally, ITHACO has produced the Type E Wheel. This highly reliable hardware for reaction torque and angular momentum storage for attitude control is built for use on medium to large spacecraft. An integral motor in the Type E Wheel accelerates or decelerates a flywheel as a way to control momentum exchange with the spacecraft. This is valuable for a variety of attitude control schemes.

The first T-Wheel contract was signed in 1989. Through July 1996, ITHACO had delivered or was under contract for 95 T-Wheel, T-SCANWHEEL and Type E Wheel units. Sales projections for the hardware are indeed encouraging given the burgeoning small satellite industry. The potential market for the ITHACO wheels is directly proportional to that for small and medium size satellites. Bullish on its past performance and products, ITHACO expects to capture at least 25 percent of this market, with the potentiality of increasing their slice of space business to 50 percent.

ITHACO maintains an active internal research and development effort. New and innovative attitude determination and control hardware includes a lunar horizon crossing indicator and an Earth sensor for geosynchronous applications. Company research dollars are being spent on products that sport increased torque, extended life, and precision balance...definitely a company with an attitude toward the future. 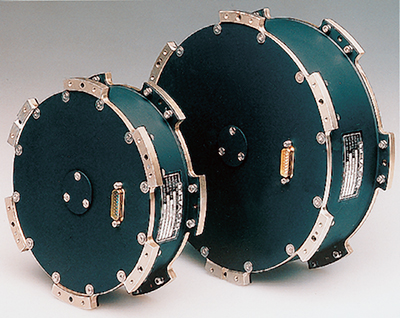 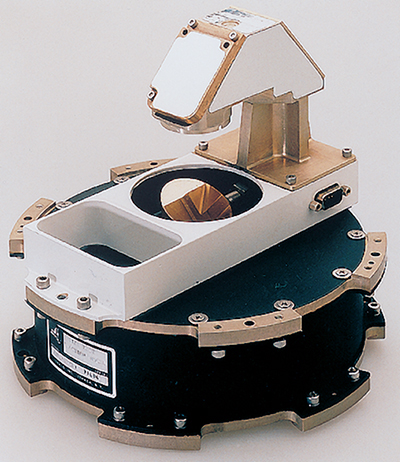