Zeolite already sounds unearthly. But as part of a gardening fertilizer, this group of minerals with an exotic name has earned the space age equivalent of a green thumb of approval.

NASA has long been interested in ways to sustain plant growth in space environments. Plants are being eyed as critical to prolonged space exploration, supporting astronauts with oxygen, food, water, and to help recycle waste products as part of a regenerative life support system. One problem, however, was the complexity of system hardware to maintain water and nutrients for plant growth. Hydroponic systems involve a set of circulating pumps, sophisticated sensors, and complicated control and monitoring systems. The search was on for a plant growth system that minimized such a hardware maze and eliminated "free" water which tends to float about in space. Additionally, the plant growth system had to operate reliably in space. Using a medium analogous to soil was a simplifying solution.

A highly productive, synthetic soil (or substrate) was created to support plant growth. This research led to the cultivation of plants in zeolite mineral substrates that contain essential, plant growth nutrients. The technique was termed "zeoponics."

Zeolites are a group of naturally occurring minerals having a honeycomb-like layered crystal structure. Its network of interconnected tunnels and cages can be loaded with nitrogen and potassium, combined with other slowly dissolving ingredients containing phosphorous, calcium, and a complete suite of minor and trace nutrients. The zeolite acts as a reservoir for the nutrients which are slowly released "on demand." Indeed, the plant itself does the regulating of the nutrients as it needs them. With only the addition of water, plants will grow in the zeoponic medium for multiple growth cycles.

Working with NASA's Johnson Space Center and the Kennedy Space Center under Small Business Innovation Research (SBIR) contracts, Boulder Innovative Technologies (BIT) began the initial work on the superior plant growth media for long-term space travel. ZeoponiX, Inc. of Louisville, Colorado was established as a sister and spinoff commercializing company from BIT to introduce zeoponic products. The SBIR-developed technology is being licensed by BIT to ZeoponiX, who also holds exclusive rights to issued patents from NASA.

Explains ZeoponiX's CEO and chairman, Richard Andrews, "the company has brought space age agriculture down to Earth." The group introduced its first product in 1997, a direct spinoff of the NASA-funded SBIR research, he adds. Other products are in the works.

The first creation is currently sold to golf courses, sports playing fields, and for greenhouse horticultural use. As a proven combination fertilizer and soil amendment, the mixture is showing its prowess in both construction and renovations of golf greens and tees, and toughening up the turf of playing fields. The product can be blended into other commercial and consumer potting mixes. Its use provides a lasting reservoir of nutrients allowing the user to reduce added fertilization while achieving better plant and vegetable performance. There is an environmental bonus from the product as well. Unlike commonly used fertilizers, the plant-growth material dramatically reduces loss of nutrients to groundwater and the environment.

A number of key technical advances and benefits of the company's zeoponic products include:

"Several products are planned for release during 1998 and beyond, based upon this NASA-licensed technology," Andrews says. One will be a product for use by the homeowner/consumer, a potting mix additive, and possible pre-blended potting mixes containing the NASA- licensed ingredients, he adds.

ZeoponiX has an agreement in place with a firm in Australia to manufacture these products based on slow- release fertilizer and active synthetic soil in Australia and New Zealand. Active discussions are also underway with other companies in other countries, including Canada, South Korea and in Europe.

Abstract
Under an SBIR, ZeoponiX, Inc., introduced ZeoPro. This product is used as a fertilizer/soil amendment for golf courses, ball fields, greenhouse and horticultural uses. A combination of superior growth medium and soil conditioner allow for nutrient supplemation and high efficiency delivery of nutrients throughout the plant. ZeoPro provides a balanced nutrient system for major, minor, and trace nutrients. 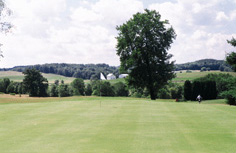 The Ohio Clearview Golf Club used ZeoPro™ nutrients to change the type of grass on the green. Success has exceeded expectations--due to the release of zeoponic materials in the root zone of the new seedlings.