On the Wing: A Business-Class Jet

It is the fastest, most efficient business jet ever to race across the sky. Capable of flying at near supersonic speeds, an exciting addition to Cessna's fleet of private aircraft has pushed the envelope of general aviation to new performance levels.

NASA's Langley Research Center and the Cessna Aircraft Company of Wichita, Kansas have had a long, beneficial relationship. Starting with use of supercritical wing technology developed by NASA in the 1970s, Cessna has repeatedly called upon NASA's know-how and use of its test facilities. On this latest venture into business-class jet aircraft building, a highly swept, second-generation supercritical wing was designed, capable of Mach .92 and supporting the aircraft to a maximum altitude of 51,000 feet.

To help in the development of the unprecedented aircraft, Citation X, Cessna retained as a special consultant, Richard Whitcomb, a retiree from NASA Langley and the inventor of the supercritical airfoil.

A supercritical airfoil enhances an airplane's performance in a critical flight area--the transonic regime (speeds near Mach 1). High-speed subsonic aircraft can experience mixed subsonic and supersonic airflow, and at some point over the wing, airflow exceeds the speed of sound. At this point, the airflow surface suddenly changes, creating a standing shock wave. In turn, this phenomenon results in excessive drag, and therefore a loss in efficiency. Supercritical wings change the shape of the airflow by flattening the upper surface of the wing, which minimizes the effect of the shock wave. Low drag contributes to an aircraft's fuel efficiency.

NASA joined forces with Cessna to assist in the development of the largest, most complex aircraft ever pursued by the company. As a U.S. airframe manufac turer, Cessna had full access to the research, personnel, and facilities of NASA. For instance, Langley's one-of-a-kind Transonic Dynamics Wind Tunnel proved extremely valuable. The tunnel has a 16-foot square test section and is capable of operating at Mach numbers up to 1.2. Along with gathering data on the private jet's wing design, the facility also helped in measuring the unsteady aerodynamic pressure from air loads on the new business jet's wing design. The wind tunnel data were used to validate Cessna's flutter analysis.

Flutter is defined as an unstable, self-generated oscillation of an airfoil and associated structure. If left unchecked, flutter can practically shake an aircraft apart. While conventional, lower-speed business jets test flutter boundaries in flight test, more intensive testing was considered prudent for the new and unique Cessna aircraft prior to flight testing.

A quarter-scale fuselage and wing model underwent weeks of exhaustive flutter and unsteady pressure tests in the NASA tunnel. Langley's wind tunnel was perfect for the job. According to Cessna's Engineering Director, Ellis Brady, no other general aviation test model had ever measured as much of this type of data. "These tests gave us an added measure of assurance and confidence in the safety of this aircraft," Brady notes.

Langley also aided Cessna in the acoustics area. Research conducted at Langley, and at Virginia Polytechnic Institute and State University under a NASA grant, contributed to the design and implementation of the business jet's active noise control system. This approach reduces or nulls out noise by introducing a countering soundwave at the same level and frequency, but shifted out of phase.

Much less directly, Langley also contributed to the aircraft's lightweight structure. Advanced composite material technology applied to the Cessna craft can be traced to pioneering Langley research in developing fiber-resin material systems. Over two decades of study in this area have yielded a dependable database, at the same time establishing that composite materials, versus aluminum, can be safely used on aircraft.

The collaboration between Cessna and NASA was award-winning in many ways. The aircraft was recognized as the top aeronautical achievement in the United States for 1996, with Cessna receiving a prestigious Robert J. Collier Trophy.

As the fastest commercially-built aircraft in the United States, only one non-military aircraft presently in service worldwide is fastert--he Concorde. The business plane combines cruising speed with true intercontinental and transatlantic range. Taking just 67 months from concept to design completion, the Cessna Citation X aircraft has already accumulated several thousand flying hours, and is winging its way into the record books.

Abstract
Cessna Aircraft Company was last featured in Spinoff 1991 for the Citation Jet, the industry's current best selling business jet. The newest addition to its fleet is the Citation X (ten), the largest, most complex aircraft ever produced by Cessna, which also has its basis in NASA technology. Aerodynamic design, wind tunneling testing, and airfoil performance, for example, have their foundation with NASA. The Citation X is the fastest, most efficient business jet ever built. 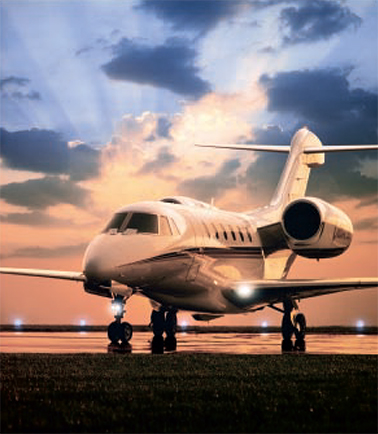 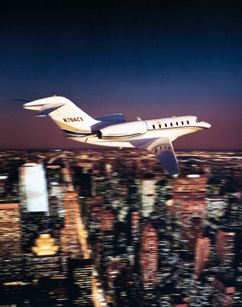 Winging its way across a sky near you, Cessna's newest addition to private business jets tapped NASA aeronautical research and technology development.