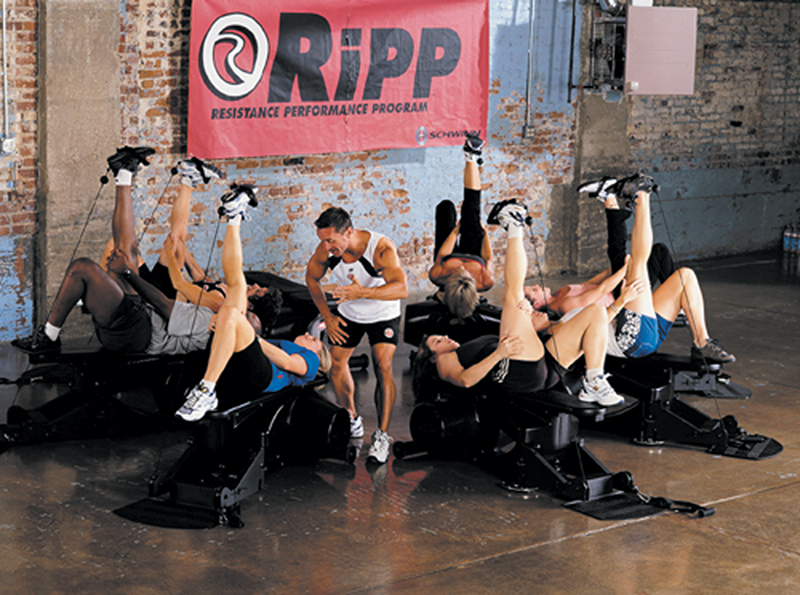 The Best Workout on Earth, and in Space

SpiraFlex® is a revolutionary new patented technology for storing and delivering mechanical power in industrial, consumer, and fitness equipment. Kansas City-based SpiraFlex, Inc., invented and supplied this technology for use on the International Space Station, with assistance from Wyle Laboratories of Houston, Texas, and NASA's Johnson Space Center. NASA research facilities and funding helped to develop the Resistance Exercise Device (RED), powered by SpiraFlex. One of the primary reasons NASA selected SpiraFlex is that it duplicates the benefits of free-weights in a lightweight, portable, and safe system.

During spaceflight, the musculoskeletal system of the human body undergoes changes in response to a microgravity environment. Astronauts can lose up to 19 percent of their bone mass during spaceflights of four to six months. This puts astronauts returning to Earth or arriving on Mars at a disadvantage. Although the effects of atrophy seem easily reversible, the effects of long-duration spaceflight are not yet known.

The RED system is presently aboard the International Space Station (ISS) and is used by the crewmembers as a primary countermeasure against musculoskeletal degradation caused by microgravity. The ISS Expedition I crew completed over 30,000 exercise repetitions on the RED during their 141-day mission. Upon return to Earth, the astronauts were able to walk off the Shuttle under their own power.

SpiraFlex technology uses proprietary elastomer compounds that are molded into a range of patented shapes called FlexPacks,™ which create unique torsional resistance properties. These FlexPacks may operate alone, or linked in parallel or a series to output devices, such as pulleys or transmissions. This patented configuration allows almost any force curve to be achieved by manipulating the size of the part, number of spokes, durometer of elastomer compound, number of connected FlexPacks, and manipulation of output device, or transmission.

The power to weight ratio of this technology is approximately three times the power per pound of traditional steel springs. Another benefit is a life cycle that far surpasses any other torsional spring. The FlexPacks were cycled at full power to over 2.5 million cycles, without failure or appreciable degradation of the force curve, which is over ten times the life of steel springs in similar applications. In addition, the FlexPacks are non-corrosive and non-conductive.

This technology provides a variety of benefits for anyone seeking a well-crafted, high-grade, strength-training machine. One of the most attractive benefits is that the unit is lightweight and portable. SpiraFlex technology is inexpensively manufactured, easily assembled, and quietly operated because no metal parts are used. Recognizing these benefits, and using SpiraFlex technology, Schwinn Cycling & Fitness, Inc., of Boulder, Colorado, launched an international fitness program for health clubs and select retail distributors, called RiPP™ (Resistance Performance Program). RiPP is an exercise program that uses RiPP Pro machines, powered by SpiraFlex technology. The program generally consists of a 45-minute resistance-training session, taught by a certified RiPP Coach, that offers participants a motivational group exercise atmosphere.

Whether in the gym or on the International Space Station, SpiraFlex technology is helping people lead healthier lives.

SpiraFlex® technology is a registered trademark of SpiraFlex, Inc.

FlexPack™ is a trademark of SpiraFlex, Inc.

RiPP™ is a trademark of SpiraFlex, Inc. 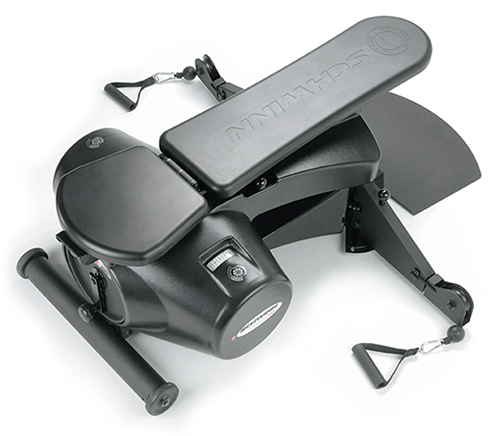 The RiPP Strength Training machine is compact and easy to use.

The RiPP Resistance Performance Program is being used in fitness clubs across the nation.