The Icing Branch at NASA's Glenn Research Center strives to increase aviation safety through the development of advanced ice protection and related technologies. Efforts began in 1944 with the opening of the Icing Research Tunnel, which was designated an International Historic Mechanical Engineering Landmark in 1987 for its leading role in making aviation safer for everyone. Taking advantage of this national asset and funding from Glenn's Small Business Innovation Research (SBIR) program, Cox & Company, Inc., of New York, New York, built an ice protection system that innovatively combines thermal anti-icing and mechanical deicing to keep airfoils (wings and other lifting surfaces) clear of ice.

In 1995, Cox proposed an ice protection system equivalent to hot air or electro-thermal anti-icing systems at a fraction of their costs. To accomplish this, the system would need to provide an effective means of protecting the leading, or front, edge of aerodynamic surfaces with limited use of power. Similar systems are known as "low power." Cox's concept was to combine an anti-icing system with a mechanical deicer developed by NASA called the Electro-Mechanical Expulsion Deicing System (EMEDS). The anti-icing element of this hybrid would reduce the aerodynamic losses associated with deicing systems.

Using this idea, the firm developed the Cox Low Power Ice Protection System. The anti-icing element of the system heats the leading edge of the airfoil, preventing ice from forming. Past the leading edge, EMEDS functions to break up and remove ice. The system's two parts are well suited for airfoil leading edges where ice contamination can degrade aerodynamic abilities. Tested extensively at the Icing Research Tunnel, the system uses much less energy than other products that provide equivalent protection, thereby decreasing the operating cost.

The design of the deicing actuator, which is a rolled-up printed circuit, enables the system to function on substantially less energy. Starting out as a flat oval, the actuator's shape changes to a circle when electrical energy is applied. This change causes the actuator to impact the inside of the leading edge surface, which responds with a small but rapid flex movement that expels the accumulated ice from the surface of the aircraft's erosion shield.

Although no deicer can remove all accumulated ice, EMEDS has shown to remove ice to within 0.030 inches thickness. As soon as the ice reaches a certain thickness, it is expelled. Another advantage of the system is its resistance to deterioration from sun exposure and the harsh icing environment. While systems with rubber leading edge surfaces require periodic replacement, EMEDS' metal leading edge surface enables it to last for the life of an airplane.

The Cox Low Power Ice Protection System is the first new aircraft ice protection system that has been approved by the Federal Aviation Administration (FAA) for use on a business jet in 40 years. According to Andrew Reehorst, an icing research engineer at Glenn, "the FAA approval culminates 20 years of NASA efforts to foster the development of a practical, low power ice-protection technology." For Cox & Company, the FAA certification gives them credibility in the commercial marketplace.

The system is in production for Raytheon Aircraft's Premier I six-passenger business jet, where it is used on the horizontal stabilizer. VisionAire has also selected the system for its Vantage business jet, and other companies are considering its use. While the system is currently sized for Premier class aircraft, there are no apparent constraints prohibiting its use on aircraft of any size. The company is investigating further applications, such as adapting the system for unmanned aerial vehicles and other military aircraft. EMEDS is also a viable candidate to replace pneumatic boots and other forms of ice protection. 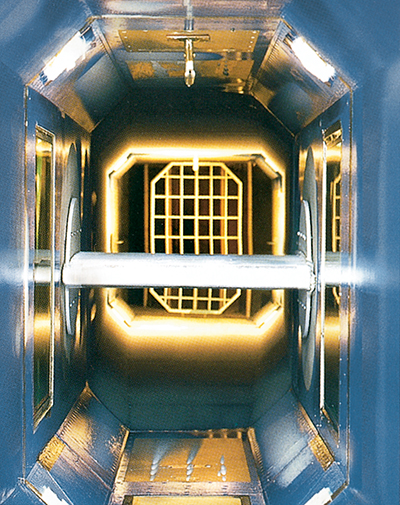 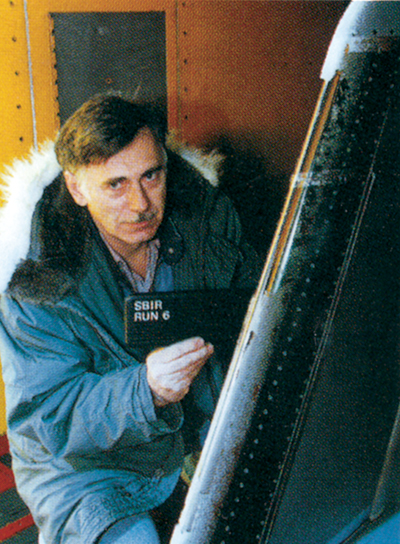