A "Tread" Ahead of the Competition

Technology developed by NASA to evaluate and develop composite materials for jet engines has Goodyear Tire & Rubber Co., of Akron, Ohio, turning its wheels in high gear. Through a consortium formed by NASA's Glenn Research Center and the Great Lakes Industrial Technology Center (GLITeC), Goodyear acquired a software use agreement for NASA's Micromechanics Analysis Code (MAC), in an effort to design stronger and safer tires. Based on the Generalized Method of Cells (GMC) micromechanics methodology, the MAC technology has allowed Goodyear scientists and engineers to perform structural analysis of composite laminates for tires all in one step, rather than the several steps previously required.

Back in 1995, Goodyear's Akron Technical Center became interested in improving techniques used to model composites, fully aware that outside of the tire industry, soft composites and macro-micro analysis techniques were being developed. Soon after, Goodyear was introduced to Dr. Steven Arnold, a Glenn senior research engineer, who in return introduced the company to MAC software that dealt directly with the problem that Goodyear was looking to solve.

This leading-edge technology from NASA, which could simulate the proper relationship between the load and deflection (stress and strain) of an object, was not tailored for tire problems. At the time, the software code could be applied to numerous materials, but not the soft materials used in tire construction. Recognizing the magnitude of the MAC technology and its potential to set new standards for the future of tire design, Goodyear joined Glenn and GLITeC as a member of the Consortium for the Design and Analysis of Composite Materials.

The MAC software code was in its infancy when first adopted by Goodyear, according to Dr. Mahmoud Assaad, a Goodyear research and development associate involved in modifying the NASA technology. Goodyear and NASA worked jointly to tailor the MAC code to the specific needs of the tire company, which at first used it for simple applications to learn its capabilities. In addition, NASA extended its knowledge and expertise by providing Goodyear with onsite training and education seminars. With this assistance from NASA, Goodyear transitioned from version 2.0 of the MAC technology to version 3.0, which is more sophisticated and better suited for pneumatic radial and truck tire analysis.

Currently, the MAC code can assess and optimize composite laminates; set cord-spacing guidelines (the diameter and distance between cords may impact the overall durability of a tire); explain structural impact of geometrical configurations; and compare the behavior of the different wire constructions that make up a tire. Furthermore, the MAC software contains a built-in material database and several representative volume elements for a wider choice of composites to better represent the plies and belts in a tire. The end result of the process ultimately reduces the time spent on building, testing, and adjusting tires.

After successful implementation of the enhanced code, Goodyear scientists for the first time ever were able to better understand the behavior of each constituent at the local level, and thus were able to provide the company's tire designers with opportunities to explore new applications to enhance overall tire performance. Further testing of the microanalysis code demonstrated that the MAC tires achieved a 22- and 35-percent improvement in high speed and low speed durability tests, respectively, compared with conventional tires. The MAC technology has been applied to composite laminate designs for several commercially available Goodyear models, including a Kelly-Springfield passenger tire, and a LT235/85R16 Safari tire.Goodyear is currently advancing its analysis capabilities by utilizing the next level of MAC technology known as FEAMAC, a NASA-developed, seamless integration of MAC's micromechanics analysis capabilities, within the commercial, non-linear, finite element code called ABAQUS. The anticipated future applications for FEAMAC within Goodyear are vast, since tasks that required several hours to complete are now being accomplished within 45 minutes, on average. Goodyear scientists believe that FEAMAC will substantially improve the company's evaluation process for the structural behavior of tires, as well as the overall longevity of its future line of commercial tires.

While NASA's MAC technology has been provided to other companies, Dr. Assaad proudly notes that Goodyear is driving the software application to "uncharted areas" regarding rubber composite materials. 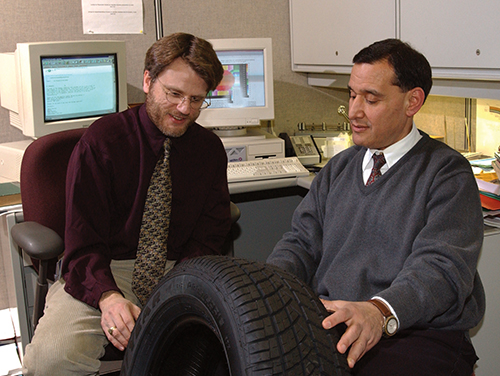 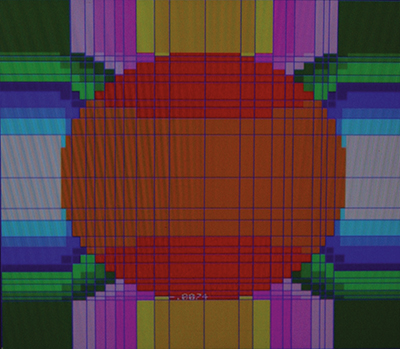