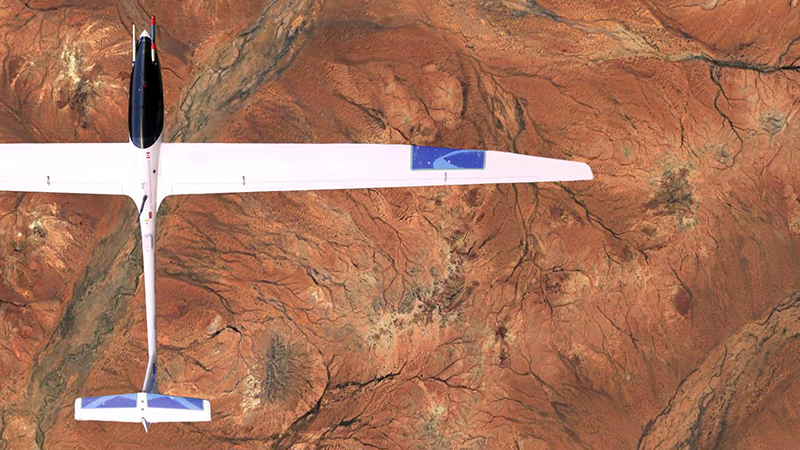 Whether it’s in the wake vortex of airplanes taking off or in seemingly calm air, there are few issues more meddlesome to flight than turbulence. Not only can these “horizontal tornadoes” make air travel uncomfortable and possibly dangerous, but attempts to avoid them can consume large amounts of fuel. Researchers at NASA have developed technology to find these zones, and with some engineering ingenuity, they could revolutionize both flight planning and aeronautical research.

Not Your Typical Microphone

Everything in the atmosphere can make a sound. Volcanoes rumble, waterfalls crash, and air rushes, but there’s more to that sound than what our ears perceive. Much like how infrared light consists of frequencies that aren’t visible to the naked eye, there’s an audio analogue called infrasound. Infrasound consists of pitches too low to be heard by the human ear, between 0.001 and 20 hertz.

The sudden turbulence sometimes experienced when flying is called clear-air turbulence, so named because there are no visible clouds or atmospheric features to warn of the disruption. Turbulent invisible air can seemingly come out of nowhere and wreak havoc on aircraft. Though it isn’t easily detected visually, clear-air turbulence has a definite infrasound signature. Researchers Qamar Shams and Allan Zuckerwar at NASA’s Langley Research Center in Hampton, Virginia, realized that if air traffic controllers or pilots could listen in on these whirling vortices before airplanes encounter them, an alternate route could be plotted.

Their experiments began in 2007, but, unsurprisingly, initial tests showed that they couldn’t grab just any off-the-shelf microphone and expect it to work with infrasound. The long wave frequencies tend to get overpowered by higher-frequency sounds, which results in interference.

“We found that the sensors get saturated and they don’t perform well,” Shams said. “We thought, ‘We have combined expertise in instrumentation, so why don’t we design a microphone ourselves?’”

Shams and Zuckerwar began developing something that could listen to these low frequencies in high fidelity. Microphones use a moving diaphragm to pick up audio where sound waves cause the surface to vibrate. The researchers used a low-tension diaphragm with a wide radius paired with a large sealed air chamber behind it to allow the microphone to hear these ultralow sound waves that travel great distances. The infrasonic microphones are manufactured by PCB Piezotronics of Depew, New York, under contract with Langley. With the sensor completed, testing began. When the microphones were placed in an equidistant triangular pattern around the grounds of Langley’s runway, they were able to pick up and locate atmospheric turbulence more than 300 miles away, in the skies above Pennsylvania.

Into the Blue Skies

By 2017, Shams and Zuckerwar’s technology had won the NASA Commercial Invention of the Year award, been tested on the ground for the Department of Defense, and been researched at Sandia National Laboratories to validate its performance, but it hadn’t flown aboard any aircraft. Interest in turbulence detection from Stratodynamics Inc. of Lewes, Delaware, would soon change that.

The company founders were participants in a 2016 Space Race Challenge led by the Center for Advancing Innovation in cooperation with NASA. Space Race was a global competition offering licenses to groups who could demonstrate applications and business cases for various technologies. Stratodynamics participated in multiple categories, including an unmanned aerial vehicle (UAV) control system. After the company won first prize in the UAV competition, the team was invited to visit Langley and meet the researchers behind the patents.

“While we were there, Shams was championing the infrasound technology,” said Nick Craine, business development lead at Stratodynamics.

Stratodynamics realized the microphone system had significant potential as an in-flight turbulence detection sensor and looked for opportunities to test the technology. After licensing the patents from NASA, and with the assistance of Shams, the company began to implement the sensor on an uncrewed stratospheric glider known as the HiDRON, designed by their Canadian affiliate, Stratodynamics Aviation Inc.

Stratodynamics has lifted their balloon-launched HiDRON glider to heights of more than 100,000 feet, from which it slowly makes its way back down to Earth. With the assistance of the infrasound microphone and wind probe, the UAV measures the intensity of turbulence in its path at a distance, and may possibly detect thermal columns to keep the plane sailing longer. More work is underway to design the algorithms required to understand the turbulent signature's intensity and range.

Recently, initial testing saw the microphone perform well. Even with rushing wind whipping past the UAV, the team was able to isolate the low frequencies from the ambient conditions. Pending additional flight tests, the infrasound microphone will become a standard technology option for Stratodynamics clients.

Stratodynamics Aviation is now working on a new version of the glider in collaboration with the Canadian Space Agency and the University of Waterloo in Ontario. The HiDRON suborbital space plane will have a larger payload capacity and will be designed specifically for optimal performance in the stratosphere.

The team hopes the data provided by the infrasonic microphone will become ubiquitous in detecting and forecasting turbulence, air traffic control decision-making, and aviation route planning. By making it easier to avoid turbulence in all parts of the flight, less fuel is wasted in navigating around turbulent air, and less carbon dioxide is released into the atmosphere.

“As infrasonic detection continues to prove its value as a turbulence mitigation technology, its potential to forever alter the landscape of aviation grows stronger with every flight,” Craine said. 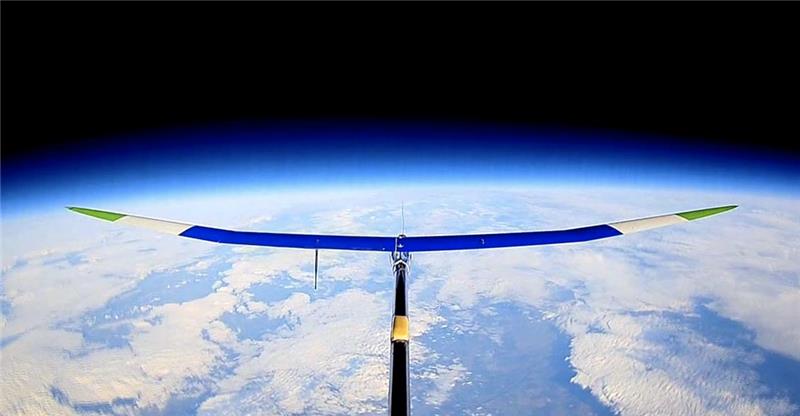 The HiDRON glider carries scientific instruments to the upper reaches of the atmosphere and keeps them working as it glides down. Using a NASA designed infrasonic sensor to identify turbulence, the team hopes to extend the glider's flight envelope. Credit: Stratodynamics 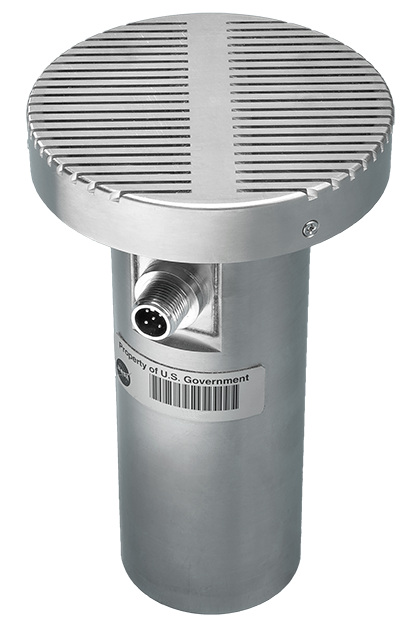 Qamar Shams and Allan Zuckerwar at NASA Langley Research Center designed a special infrasound microphone that could pick up the ultralow frequencies generated by turbulence in the skies. This technology is now being tested on the Stratodynamics HiDRON glider for both turbulence detection and aeronautical research. Credit: NASA 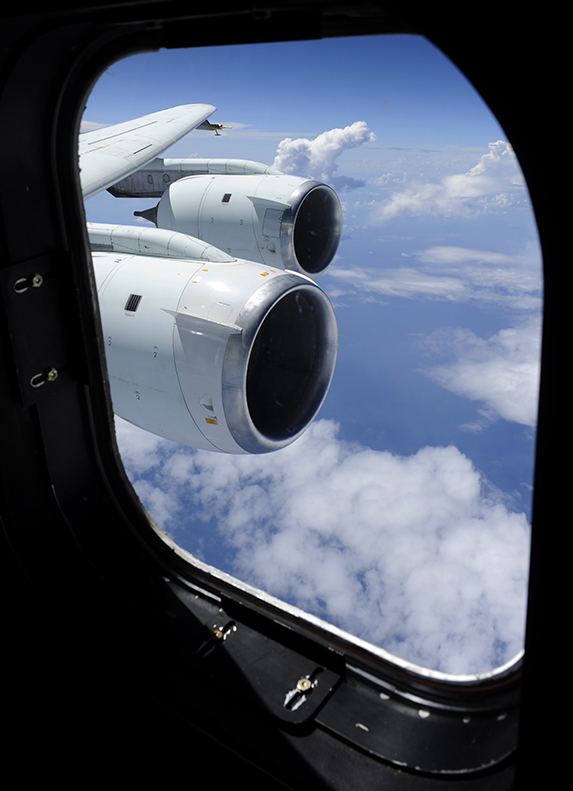 With infrasonic microphones listening to the skies, air travel could become safer and more efficient. Air traffic controllers would be able to sense real-time conditions, and planes could safely route around turbulence ahead of time. Credit: NASA/Paul E. Alers

Typically launched by a weather balloon, the HiDRON has soared from over 100,000 feet in the air. Stratodynamics believes that with the infrasonic technology it licensed from NASA, it can further improve performance. Credit: Stratodynamics