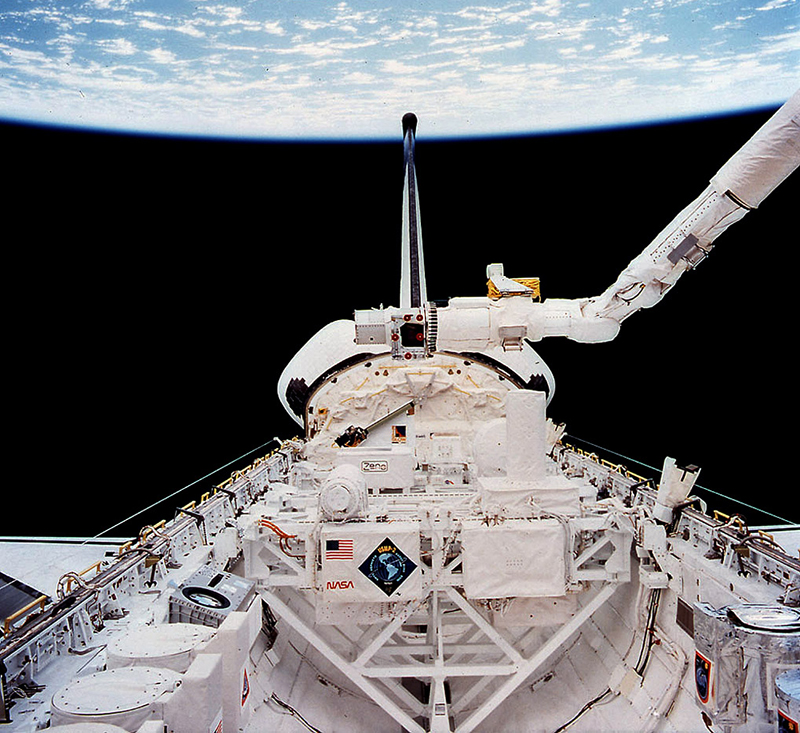 The worst part of any shower, outside of getting soap in your eyes, is probably getting unexpectedly blasted with cold water. Traditional home water heaters mean you have to wait for the right temperature to come from the tank, but with a clever design, and some NASA-grown ingenuity, waiting for hot water could soon be a thing of the past.

The story begins in the 1970s, when Thomas Harman began working at Lockheed, now part of Lockheed Martin, as a NASA contractor. In his role as staff engineer, Harman was deep in the growing field of microelectronics. He helped install minicomputers in testing facilities at NASA's Johnson Space Center in Houston that would put space vehicles through their paces. This included instruments like a vibration-control system to test equipment under the stresses of liftoff and reentry. In the early 1980s, Harman became a panel member for the National Electrical Code and helped to create standards used in everything from laboratory testing to home design.

At the same time, Louis Everett was a faculty member at Texas A&M University. In this role, he worked as a consultant for Johnson. Much like Harman, Everett was an expert on microelectronics. Working with NASA engineer Leo Monford, Everett helped develop improvements for the space shuttle’s robotic arm.

The Dexterous End Effector (DEE) was a project to make manipulating the shuttle’s Canadarm easier for astronauts. Everett and Monford’s element of DEE was a mirror system called the Targeting and Reflective Alignment Concept (TRAC). A video camera at the end of the arm would look at its refection in a mirror attached to a target object. This mirror was dotted with small markings, with corresponding markings fixed to a monitor inside the shuttle. When an astronaut lined up the pairs on the monitor, the arm was aligned with the target. And when an onboard computer was reading the alignment marks, the arm could automatically orient itself.

In the early 1990s, Everett officially joined the Robotics and Automation Division at Johnson, and as part of the space shuttle Columbia’s STS-62 mission, he supported DEE’s in-flight tests from the ground. When astronauts maneuvered the arm into position, Everett’s programming worked, picking up metal bars and slotting them into place inside the shuttle’s payload bay.

After Everett left Johnson, he went back to the world of academia, occasionally taking consulting work with small engineering firms. One of these businesses had an idea that could “supercharge” people’s homes, and Everett worked with them over 20 years to perfect it.

Tankless water heaters have existed since the 1930s, but David Seitz, CEO of Seisco, wanted to make their design better for the home. Typical water heater systems use a large tank of water with an electric or gas heater to deliver high temperatures, but tankless water heaters are smaller, easier to install in some homes, only use power when you need it, and only heat as much water as you need. This small size, however, could be a disadvantage, as electric tankless heaters could warm enough water for single bathrooms or kitchens, but were impractical for a full home.

Seitz devised an electric tankless heater that could fully replace or work alongside a home water heater. Seisco’s design uses a system of snaking pipes to accomplish its job incredibly quickly. Four 7,000-watt heating elements are laid out in different parts of the tube. As water enters the system, it passes by each heater, getting steadily hotter as it touches each one. Within 20 seconds, the water is fully heated to the desired temperature. Three gallons per minute of water can flow through the system.

Getting this system to function every time meant ensuring the heaters would turn on for long enough to heat the water, while also not drawing too much electricity. Doing that required precision that wasn’t achievable with the usual analog methods. Seisco would need digital controls for maximum reliability, so they turned to Thomas Harman, who literally wrote the book on it.

In 1998, Seitz approached Harman asking how whole-home tankless water heaters could work within the bounds of the National Electrical Code. Harman would soon join the team as the company’s head of R&D to explore making the best heater they could.

“Twenty-eight thousand watts is more power than some small houses,” Harman said. “The system could boil water in seconds if the control system was ineffective.”

No one wants scalding hot water to come out of the sink, and water heaters need to meet stringent safety guidelines to prevent that. While developing a control scheme for these, Harman realized that he could use concepts similar to his vibration-control work for NASA to keep the heater from getting too powerful.

“My experience at Lockheed and NASA played into this. I was worried about safety at NASA and not overstressing equipment going into space,” Harman said. “One might say it’s a small world, or what goes around comes around.”

The Seisco team soon patented a new design that used microcontrollers to keep the water from heating to these dangerous levels, and Everett was the right coder for the job. Everett said working with embedded electronics is much like designing hardware for space. It’s important to ensure that the technology can work in any environment for as long as possible. While rural homes aren’t the same as deep space, the principles still apply. When electric utilities were concerned about the heater’s immense power draw causing light flickers, a code update from Everett eliminated the issue. According to a 2005 study published by the Electric Power Research Institute, Seisco’s improvements to this technology may have made tankless heaters more palatable for utilities and consumers.

Heating from Houston to Home

While the heater was developed in Houston, it’s being used around the world. Harman said the original design for home use has since been expanded to heat water in apartments, office buildings, factories, and gas stations. The heater was even used to test equipment and materials at Kirtland Air Force Base in Albuquerque, New Mexico. One major project involving Seisco’s heaters is construction of the midfield terminal at Abu Dhabi International Airport. The airport’s primary hot water use is in bathrooms, where the tankless construction and instantaneous heating mean less energy is used, and less power is needed to maintain the flow of hot water to the washrooms.

The minimal sustained power use also means Seisco’s water heaters are well-suited to homes and businesses powered by renewable energy. They are less taxing on solar panel systems and have been used in model homes to showcase efficient living. Seisco is no longer making new heaters, but its technology helped to open up the market. The patents are expired and open to use, and several manufacturers now make whole-home electric tankless heaters. 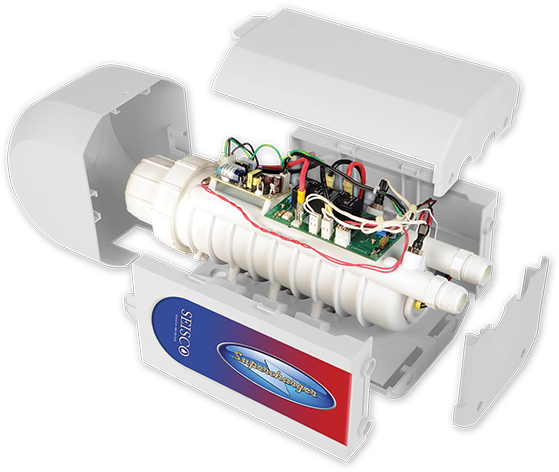 Seisco offered water heaters that could work in conjunction with an existing heater. The Supercharger’s specialized controls assist in heating water much more quickly than a tank by itself. Credit: Seisco 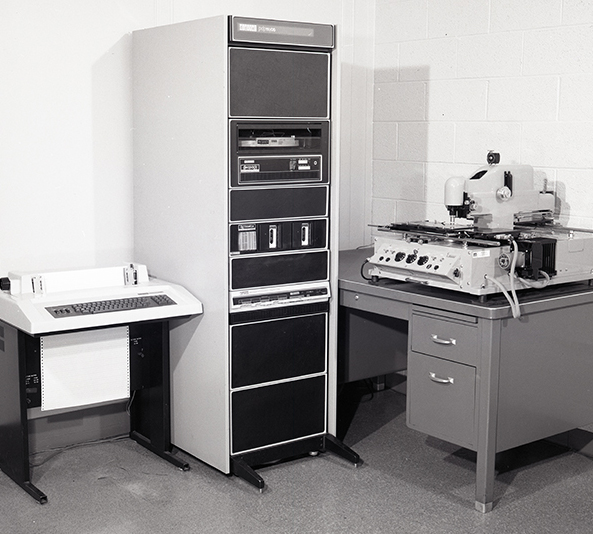