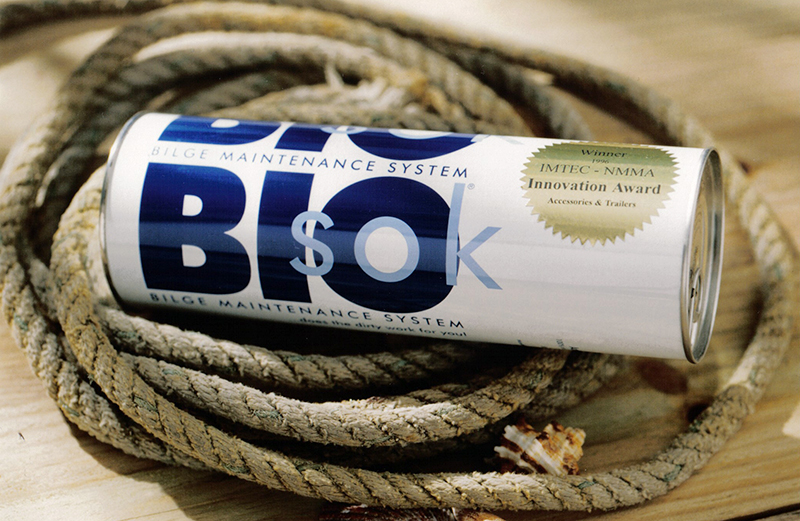 PRP: The Proven Solution for Cleaning Up Oil Spills

The Exxon Valdez, an oil tanker exporting millions of gallons of oil, ran aground just after midnight on March 24, 1989 in Alaska, creating what is, to this day, the worst environmental disaster in American history. The affected area of coastal Alaska continues to feel the toxic results of that disaster that killed more than 250,000 seabirds, thousands of marine mammals, and countless numbers of other coastal marine organisms in just its first months. Oil is notoriously difficult to clean from water, and it is still emerging from subsurface reservoirs. Salmon caught in that region are, even now, 16 years later, showing signs of long-term contamination from the devastating oil spill.

While disasters of this magnitude happen rarely, with large spills making up less than 5 percent of the oil spilled into water each year, tens of thousands of smaller oil spills are occurring all around the world. Oil enters the water supply from road runoff; refuse from routine engine maintenance; emptying of boat wastewater and other ship operations; air pollution that settles into bodies of water after rains; and through offshore oil production, which can cause ocean oil pollution from spills, leaks, and routine, operational discharges.

Water can, thankfully, be cleaned or remediated and made safe again for drinking, swimming, fishing, and boating, a task made significantly easier if the oil is caught before it has the chance to settle into the depths. A product using NASA technology is available to consumers and industry that enables them to safely and permanently clean petroleum-based pollutants from the water. It is almost alchemical in its perfection, as it is comprised of beeswax microcapsules that act as a food source that stimulates the indigenous microbes to consume the oil.

The product makes use of NASA microencapsulation technology. Work was done at the Jet Propulsion Laboratory (JPL) to demonstrate the feasibility of encapsulating live cells, while technology developed at the Marshall Space Flight Center for experiments in orbital production of microspheres provides the basic design of the delivery system.

Industry scientists worked with researchers at JPL and Marshall in the early 1990s to develop the microencapsulated wonder, PRP, or Petroleum Remediation Product, for the company Petrol Rem, Inc. In 2004, Universal Remediation, Inc. (UniRemInc), of Pittsburgh, purchased the assets of Petrol Rem, Inc., and has rapidly expanded the uses of the original microencapsulating technology. UniRemInc has broadened production and availability of PRP, making it accessible to more clients and in a variety of different forms.

The basic technology behind PRP is thousands of microcapsules—tiny balls of beeswax with hollow centers. Water cannot penetrate the microcapsule’s cell, but oil is absorbed right into the beeswax spheres as they float on the water’s surface. This way, the contaminants—chemical compounds that originally come from crude oil such as fuels, motor oils, or petroleum hydrocarbons—are caught before they settle.

PRP works well as a loose powder for cleaning up contaminants in lakes and other ecologically fragile areas. The powder can be spread over a contaminated body of water or soil, and it will absorb contaminants, contain them in isolation, and dispose of them safely. In water, it is important that PRP floats and keeps the oil on the surface, because, even if oil exposure is not immediately lethal, it can cause long-term harm if allowed to settle. Bottom-dwelling fish exposed to compounds released after oil spills may develop liver disease, in addition to reproductive and growth problems. This use of PRP is especially effective for environmental cleanup in sensitive areas like coral reefs and mangroves.

This ecological wonder has also been packaged for specific uses by UniRemInc to create a variety of different commercial products, including the BioSok Bilge Maintenance System, the BioBoom, the WellBoom, and OilBuster.

One of the most popular uses for PRP is the BioSok Bilge Maintenance System. It allows boaters to clean up small spills. Boats take on water, either from rain, washing, or waves splashing over the sides. This water often mixes with cleaning fluids, and oil and gas from a boat’s motor. The water collects in a bilge, the area inside a boat’s bottom designed to collect and hold the errant water. A bilge needs to be pumped overboard regularly to prevent the boat from taking on too much water. This bilge water, though, is often contaminated.

The BioSok is a small, 3- by 10-inch “sock” with PRP encased in polypropylene that floats in the bilge, absorbing and bioremediating any hydrocarbons, thus, decontaminating the water. Each BioSok can immediately absorb twice its weight and can degrade more than 20 times its weight in oil over time. One BioSok will generally last for an entire boating season. It requires no maintenance or monitoring, and it safely eliminates the pollutants and fumes associated with spilled oil and gasoline.

The U.S. Coast Guard is always on the prowl for any boaters who expel oil-contaminated water from their bilges. Fines are often thousands of dollars, which makes sense, knowing that every year bilge cleaning and other ship operations release millions of gallons of oil into navigable waters from thousands of discharges of just a few gallons each. The BioSok is such an effective antidote to polluted bilge water, that even the Coast Guard has used it on its boats.

UniRemInc also manufactures the BioBoom, essentially a longer BioSok that can be used to enclose larger oil spills. It is especially effective for emergency containment of spilled oil in large areas, like in marinas, ponds, lakes, or open waters; but can also be effective in tanks, storm runoff systems, electrical utility vaults, and anywhere that requires the containment, absorption, and biodegredation of leaking petroleum hydrocarbons. The BioBoom acts as a perimeter around spills and prevents them from spreading. The snake-like tube is 3 inches in diameter and can be produced at any length up to 10 feet.

The WellBoom facilitates groundwater monitoring by absorbing floating petroleum more effectively and less expensively than traditional bailing methods. UniRemInc makes the standard WellBoom by filling a weighted polypropylene sock, 36 inches long and up to 3 inches in diameter, with PRP. The product is then lowered into the groundwater monitoring wells where it absorbs and accelerates the biodegradation of any floating petroleum hydrocarbon contaminants. WellBoom is typically used at petroleum storage facilities, gasoline stations, and other locations where there is a potential for groundwater contamination.

OilBuster is yet another product using PRP that UniRemInc has developed. It is the beeswax PRP mixed with several grades of ground corncob and is for use on land or hard surfaces where no natural microbial population is present. It is ideal for cleaning oil spills that have not yet reached the water and that hopefully never will.

PRP has proven effective in facilities conducting railroad repair, where ballasts, ties, and the ground can be saturated with diesel fuel and oil. It is a safe, cost- effective way for these types of contaminated facilities to get quick results that restore the environment and help them avoid the steep U.S. Environmental Protection Agency fines.

UniRemInc is continuing to find uses for this amazing bioremediation technology and to supply consumers and industry with safe, natural, and effective ways to keep oil out of our water.

Abstract
Industry scientists worked with researchers at the Jet Propulsion Laboratory and Marshall Space Flight Center in the early 1990s to develop PRP, or the Petroleum Remediation Product, for the company Petrol Rem, Inc. In 2004, Universal Remediation, Inc. (UniRemInc), of Pittsburgh, purchased the assets of Petrol Rem, Inc., and has rapidly expanded the uses of the original microencapsulating technology. UniRemInc has broadened production and availability of PRP, making it accessible to more clients and in a variety of different forms. The basic technology behind PRP is thousands of microcapsules-tiny balls of beeswax with hollow centers. Water cannot penetrate the microcapsule's cell, but oil is absorbed right into the beeswax spheres as they float on the water's surface. This way, the contaminants-chemical compounds that originally come from crude oil such as fuels, motor oils, or petroleum hydrocarbons-are caught before they settle. This ecological wonder has also been packaged for specific uses by UniRemInc to create a variety of different commercial products, including the BioSok Bilge Maintenance System, the BioBoom, the WellBoom, and OilBuster. 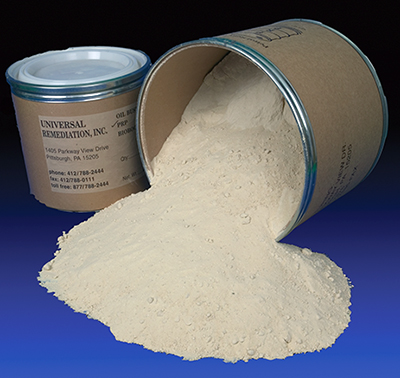 PRP Powder is especially well-adapted for moderate-to-small spills in areas such as industrial plant settings (cooling ponds and tanks), shorelines (whether rocky or sandy), marinas, railroad tracks, oil wells and fields, maintenance facilities, truck roll-overs, and for marsh and wetlands remediation where it can mitigate the collateral damage to the ecosystem caused by cleanup crews.

The BioSok Bilge Maintenance System is an easy-to-use “sock” (approximately 3 by 10 inches) that captures and biodegrades the oil and fuel that leaks into a boat bilge and can be accidentally pumped overboard.