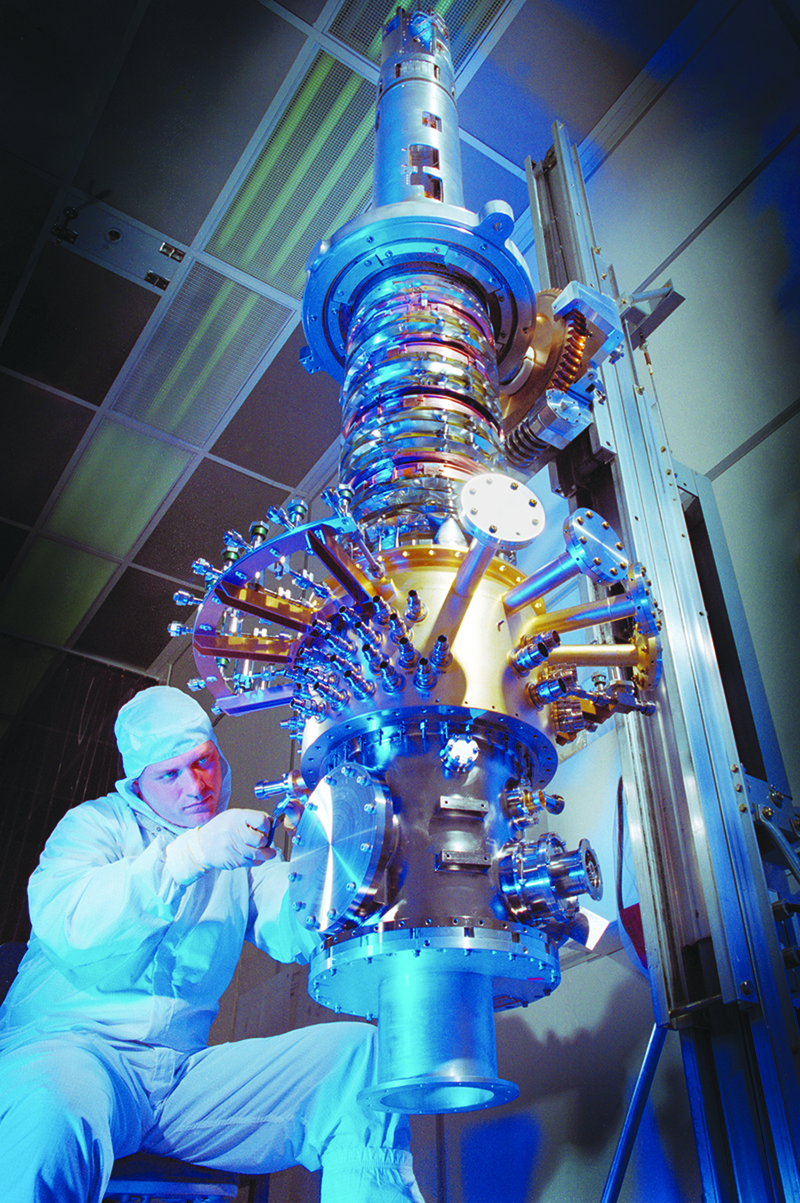 Saving Space and Time: The Tractor That Einstein Built

In 1984, NASA initiated the Gravity Probe B (GP-B) program to test two unverified predictions of Albert Einstein’s theory of general relativity—hypotheses about the ways space, time, light, and gravity relate to each other. To test these predictions, the Space Agency and researchers at Stanford University developed an experiment that would check, with extreme precision, tiny changes in the spin direction of four gyroscopes contained in an Earth satellite orbiting at a 400-mile altitude directly over the Earth’s poles.

When the program first began, the researchers assessed using Global Positioning System (GPS) technology to control the attitude of the GP-B spacecraft accurately. At that time, the best GPS receivers could only provide accuracy to nearly 1 meter, but the GP-B spacecraft required a system 100 times more accurate.

To address this concern, researchers at Stanford designed high-performance, attitude-determining hardware that used GPS signals, perfecting a high-precision form of GPS called Carrier-Phase Differential GPS that could provide continuous real-time position, velocity, time, and attitude sensor information for all axes of a vehicle.

The researchers came to the realization that controlling the GP-B spacecraft with this new system was essentially no different than controlling an airplane. Their thinking took a new direction: If this technology proved successful, the airlines and the Federal Aviation Administration (FAA) were ready commercial markets. They set out to test the new technology, the “Integrity Beacon Landing System,” using it to automatically land a commercial Boeing 737 over 100 times successfully through Real-Time Kinematic (RTK) GPS technology.

The STTR contract had also identified other potential applications, including commercial ones for automated agricultural and construction equipment. In 1996, Novariant spawned a subsidiary, AutoFarm, to focus on agricultural applications of its GPS auto-steering technology, and a tractor-steering technology was trademarked with the name, RTK (Real-Time Kinematic) AutoSteer. RTK AutoSteer was released in 1999 to farmers in California, Arizona, and Australia.

For traditional farming, when using human-steered tractors, it is nearly impossible to create repeatable straight rows. Tractors shift and wobble, and farmers and operators make natural digressions from the exact rows they try to cultivate. Despite these dilemmas, farmers know the advantages of accurately planting seeds, distributing fertilizers, and watering. Seeds planted directly in the centers of rows, then sprayed accurately with fertilizer and water, will yield increased crops, reduced chemical use, and less wasted water. It is, therefore, to the benefit of the farmer to be as precise as possible.

RTK AutoSteer technology mounts to most standard farm equipment set-ups and delivers accurate steering of tractors to within 1 inch. It is ideal for the preparation of fields, the laying of beds, planting, cultivating, and tilling.

It eliminates skipped rows or unnecessary overlaps by creating perfect rows with repeatable accuracy. In addition, it can run any time of day or night, and even on weekends—in dust, fog, wind, and extreme heat.

The device has the capability to change the face of farming forever by speeding field operations and maximizing productivity, which reduces operating costs as well as capital equipment expenditure.

The AutoSteer system uses a steering wheel-mounted control, multiple GPS antennas on the tractor cab roof, and an RTK base station antenna/transmitter. The GPS antennas in the roof module directly measure position (latitude, longitude, and altitude) plus orientation (roll, pitch, and yaw) of the tractor for steering corrections. The base station allows GPS signals to be improved to consistently repeatable sub-inch accuracy.

The multiple-GPS roof module allows vehicle steering to be corrected before a guess row error or overlap is created. The roof module is all-weather rated, which means it is both water- and dust-proof, a definite plus for equipment that will be exposed to the elements.

The intuitive AutoSteer touchscreen display is simple to operate, similar to using an ATM, and is designed with a transreflective screen for ease of readability in the sunshine. Additionally, a quick-connect design makes it easy to move between vehicles, which helps it seamlessly integrate across fleets of mixed makes and models. Easy-access connectors and quick-release latches make it simple to transfer the AutoSteer system between tractors, floaters, and sprayers, and it connects in minutes without tools.

Unlike the one-size-fits-all approach of other GPS steering systems, the AutoSteer system adjusts for changes in the vehicle’s performance profile as a result of changes in implements and cargo, terrain, or even through normal wear over time. The system has tuning and calibration “wizards” that enable tuning it to the operating characteristics of a specific vehicle, and it adjusts as the machine’s performance changes. It is even accurate over uneven terrain. The system can directly measure the roll of the vehicle frame as it passes over such terrain. The multiple antennas calculate and compensate for vehicle tilt, whereas a single antenna system will mistakenly assume the vehicle has shifted over.

The technology is now found on farms across the world, and in April 2006, Novariant was inducted by the Space Foundation into the prestigious Space Technology Hall of Fame. 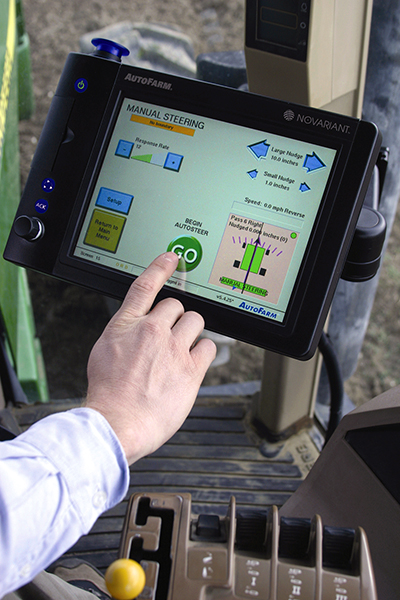 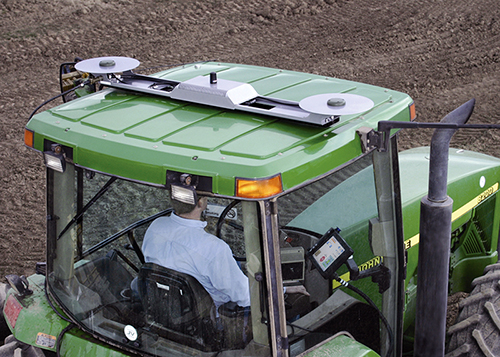 In this photo, the Gravity Probe B (GP-B) space vehicle is being assembled. The GP-B progam is among the most thoroughly researched programs ever undertaken by NASA.