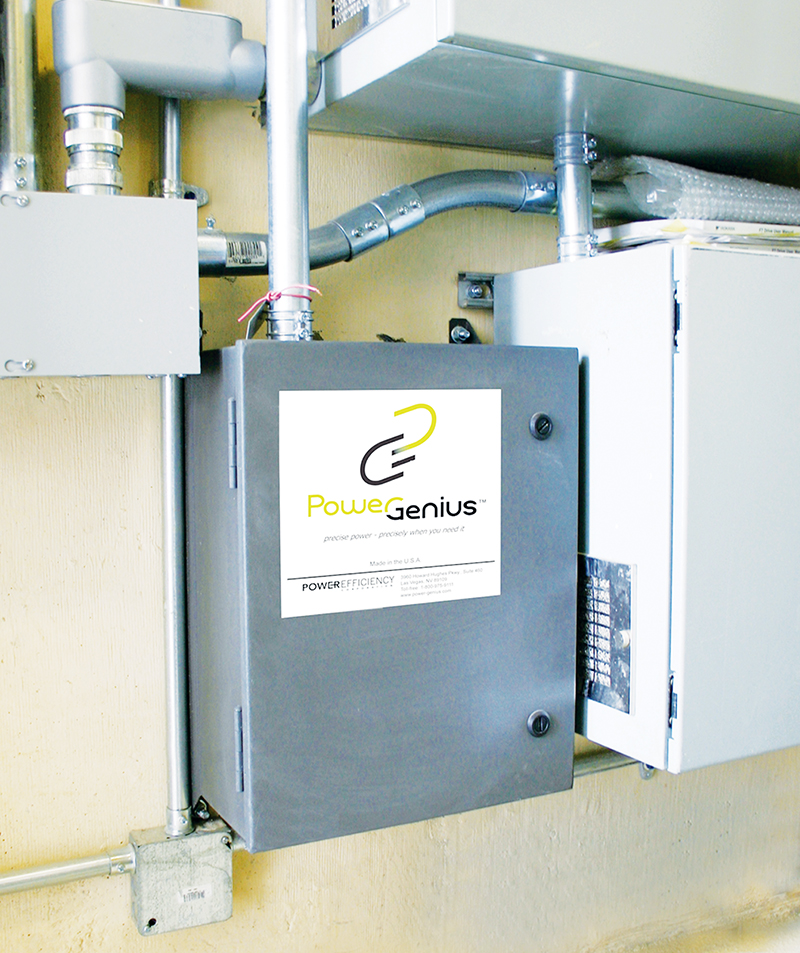 In the late 1970s, Frank Nola, an engineer at NASA’s Marshall Space Flight Center, had an idea for reducing energy waste in small induction motors. The idea, a method to electronically adjust the voltage in accordance with the motor’s load, was patented in 1984. The voltage controllers have become known as Nola devices, and they are still as useful today as they were more than 20 years ago, as they can be applied anywhere an AC induction motor is being used at a constant speed but with a variable load. These have the ability to save operators a great deal of energy when the motor is lightly loaded, which translates into savings in cost and resources.

A recent report by the Energy Information Administration suggests that between 2003 and 2030, worldwide electricity consumption will double. Combine that with rising energy prices and concern over damage to the environment caused by energy creation, and the idea for a business that helps conserve electrical energy makes perfect sense. This was the thinking of Power Efficiency Corporation, of Las Vegas, when it licensed NASA’s voltage controller technology from Marshall in 1985. The company has managed in the following years to make patented improvements to the technology and create thousands of these devices, marketing them throughout the world as the Performance Controller and the Power Efficiency energy-saving soft start.

The soft start functionality gradually introduces power to the motor, thus eliminating the harsh, violent mechanical stresses of having the device go from a dormant state to one of full activity. This prevents it from running too hot and increases the motor’s lifetime.

According to the company, electric motors consume about a quarter of all electricity used in the country. Power Efficiency’s energy-saving soft start employs electric circuits to monitor power use and motor workload, matching the amount of power to the workload.

Escalators and elevators with motor-generator (MG) sets are prime examples of the types of machinery that benefit from energy savings the device provides. Take, for example, an escalator: Sometimes it is full of people; sometimes it may have a single passenger; and other times it may be empty. The motor inside the escalator must be large enough to handle the maximum possible load—a full escalator—but that rarely happens. When the escalator has few passengers, the motor driving it is lightly loaded and wasting energy. This waste of energy is addressed by the Power Efficiency energy-saving soft start, as it senses the load and instructs the motor to use just the right amount of energy (usually much less) for the job.

The product can pay for itself through the reduction in electricity. According to Power Efficiency, the product often pays for itself within 3 years, depending on the duty cycle of the motor and the prevailing power rates. In many instances, the purchaser is eligible for utility rebates for the environmental protection it provides.

Common applications of Power Efficiency’s soft start include mixers, grinders, granulators, conveyors, crushers, stamping presses, injection molders, elevators with MG sets, and escalators. The device has been retrofitted onto equipment at major department store chains, hotels, airports, universities, and for various manufacturers. The technology has been incorporated into products Power Efficiency Corporation makes on a private label basis for other manufacturers. For example, Rockford, Illinois-based, Rapid Granulator, an international manufacturer of granulators for the plastics industry, uses the device under the name Energy Pro.

KONE Inc. markets the voltage controller as the EcoStart. KONE, which has its U.S. headquarters in Moline, Illinois, is one of the world’s largest elevator and escalator manufacturers. KONE was founded in 1910 and has about 29,000 employees in 800 service centers in 40 countries.

Direct customers of Power Efficiency Corporation’s energy-saving soft start include Seattle-Tacoma International Airport and Honolulu International Airport, as well as the Toronto and Anchorage airports. In airports, the devices often control escalators and moving walkways. The device can also be found installed at the State University of New York’s Fashion Institute of Technology, The George Washington University, in Washington, DC, and in department stores like Saks Fifth Avenue and Mays.

The company has also partnered with several Las Vegas neighbors, large casinos whose escalators and elevators ferry millions of tourists per year, 24 hours per day. The company is continuing to expand into the hospitality industry in Las Vegas, a city notorious for its power usage.

Energy Pro™ is a trademark of Rapid Granulator.

EcoStart™ is a trademark of KONE Inc. 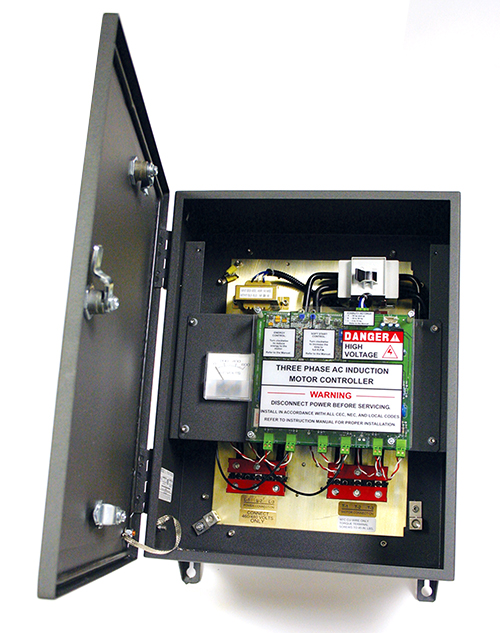 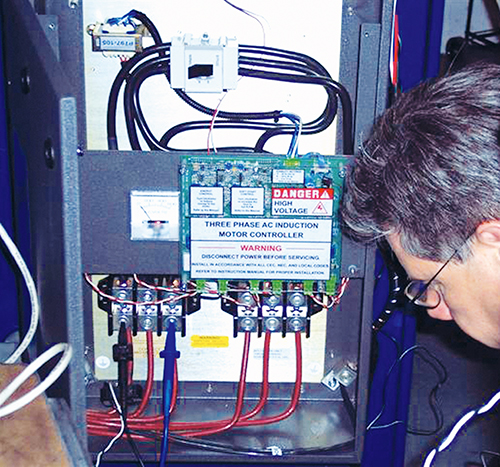