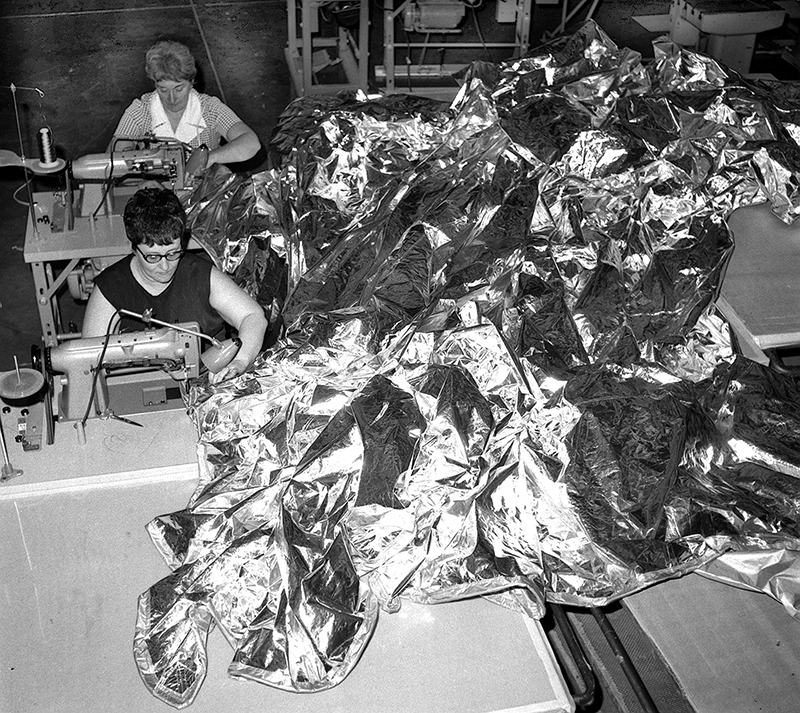 In the course of time, circumstance, and coincidence, life sometimes completes some ironic and unlikely circles. During NASA’s early space exploration, a deceptively simple concept allowed scientists and engineers to manage thermal gain. They used highly reflective coated surfaces on ultra-light substrates to reflect infrared energy to effectively and reliably keep operating temperatures in the extremes of space at safe and manageable levels. That reflective insulation technology has kept thousands of satellites; all of NASA’s manned spacecraft, the Hubble Telescope, and most importantly, astronauts, safe and functional. NASA engineers used this technology to reflect infrared energy the way a child learns to redirect a sunbeam with a hand-held mirror.

Fast forward to 2009, when a young marine biologist working among the waterways of Florida’s East Coast, almost in the shadows of the iconic launch pad gantry sites at the Kennedy Space Center, employs that same NASA-developed principle that protects astronauts in space to manage the core temperature of one of nature’s most primitive and endangered creatures: the gentle manatee. The chain of events that brought marine biologist Artie Wong and his colleagues to the ideal solution started almost four decades ago, adjacent to these same waterways.

On May 14, 1973, Skylab launched into orbit and became a stunning example of what was possible for the Space Program. As the name implies, Skylab served as a space-based laboratory as well as an Earth-observing facility and abase for three crews of astronauts. While Skylab proved that humans could live and work in outer space for extended periods of time, it also proved that great achievements often come with great challenges.

During launch, one of the protective shields on the outside of the spacecraft loosened, causing one solar panel to fall off, and preventing another from deploying. To plan for the spacecraft’s repair, Marshall Space Flight Center led a collaborative effort to start working around the clock.

Over the next 10 days, NASA engineers called upon National Metalizing, of Cranbury, New Jersey, to help create a reflective parasol-type sunshield to deploy on Skylab in place of the protective shield. National Metalizing was a manufacturer of reflective material utilizing a radiant barrier technology originally developed for NASA in the 1950s. In the public domain for the last 30 years, the radiant barrier technology consists of a thin plastic material coated with vaporized aluminum to either deflect or conserve infrared energy.

Eleven days after Skylab launched, astronauts launched from a second spacecraft, visited, and deployed a parasol sunshade made with the radiant barrier technology. As for the maker of the material that saved the spacecraft, National Metalizing’s manufacturing capacity was used for industrial coating and lamination applications after the company was sold in the mid-1980s.

In 1980, a former director of sales and marketing for the company, David Deigan, founded a new company recently renamed Advanced Flexible Materials (AFM) Inc. Headquartered in Petaluma, California, the company employs the same reflective insulation technology to produce ultra-light, compact travel and stadium blankets; colorfully printed wraps to keep hundreds of thousands of marathon finishers safe from hypothermia each year; a successful line of Heatsheets outdoor products sold in retail stores around the world under the Adventure Medical Kits label; as well as reflective insulating lining fabrics for mittens, vests, and more. In 1996, the radiant barrier technology was inducted into the Space Foundation’s prestigious Space Technology Hall of Fame.

Deigan began providing thin plastic blankets made with the radiant barrier technology to keep thousands of runners warm at the 1980 New York City Marathon. Depending on when and where a marathon takes place, temperatures can be cool, and when participants stop running, hypothermia can become a problem. Today, the Heatsheets for running events and triathlons are produced exclusively in an environmentally friendly, recyclable polyethylene form, and reflect up to 97 percent of a person’s radiant heat, providing an envelope of warm air around the body to prevent hypothermia.

For nearly two decades, Alice and Bill Wong volunteered at the New York City Marathon, helping to distribute thousands of Heatsheets at the finish line. In 2009, Alice contacted Deigan to see if his company would be willing to donate some of its heat-reflective products for an unusual cause. Her son, Artie, a marine biologist with a non profit club called Save the Manatee Club was searching for a solution to a unique challenge. The club’s members work with the State of Florida Fish and Wildlife Research Institute to track and document the migration routes of manatees through Florida’s waterways, some of them not far from the Kennedy launch pad gantries on Florida’s East Coast.

As a part of the tag-and-release program, the docile sea cows are lifted from the water, checked to record their vital signs, tagged, and then returned to the water. Because these sea mammals are unable to withstand temperatures below 60 °F without slipping into hypothermia, Artie was searching for a more effective way to cover the manatees and conserve their vital body heat. The NASA-derived technology that gave his parents a way to help warm up runners for so many years seemed like the ideal solution. AFM recommended a more suitable solution, and donated a composite material incorporating a soft, non-woven fabric laminated with an encapsulated reflective insulation layer that could withstand the corrosive effects of salt water and could be safely reused for extended periods of time.

The finished version of the product has warmed more than 2 million Japanese consumers as an ultra-light, compact blanket; a futon cover; and a travel blanket. Over the past decade, AFM has exported to Japan through its trading partner, D. Nagata Co. Limited.

From helping to save Skylab to helping to save the manatees, the NASA-derived technology is sure to continue making a difference in the future, both on Earth and in space.

Heatsheets® is a registered trademark of Advanced Flexible Materials Inc.

Abstract
Led by Marshall Space Flight Center, NASA engineers called upon National Metalizing of Cranbury, New Jersey, to help create a reflective sunshield to deploy on Skylab in place of a shield that was lost during launch in 1973. Years later, a former employee for National Metalizing founded Advanced Flexible Materials (AFM) Inc., of Petaluma, California, and utilized the radiant barrier technology in the public domain to produce a variety of products such as wraps to keep marathon finishers safe from hypothermia as well as a lining for mittens and vests. Recently, the material helped to keep manatees warm as they were lifted from the water as part of a tagand- release program. 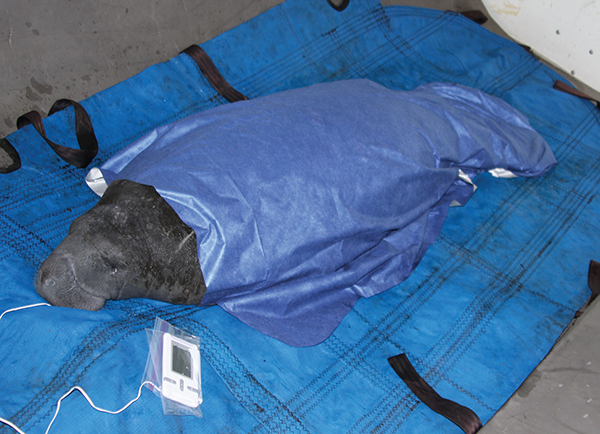 As part of a tag-and-release program, Advanced Flexible Materials Inc. (AFM) donated insulation with NASA-derived radiant barrier technology to keep manatees warm after being lifted from the water. A thermometer in the manatee’s mouth monitors its temperature. 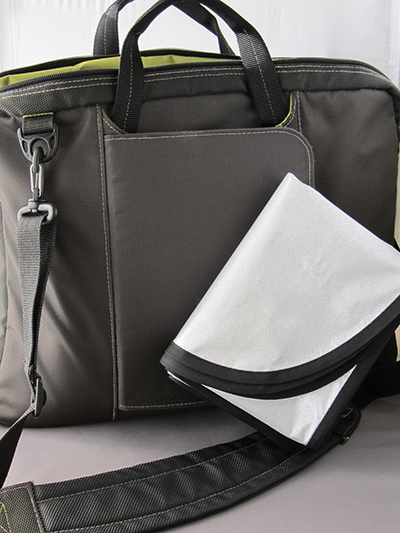 AFM’s newest line of travel blankets, including a waterproof version and a breathable version, comes complete with a portfolio case.

Seamstresses work on a sunshade for Skylab, which lost a thermal protection shield during its launch in 1973. The sunshade utilized a radiant barrier technology consisting of a thin plastic material coated with vaporized aluminum.