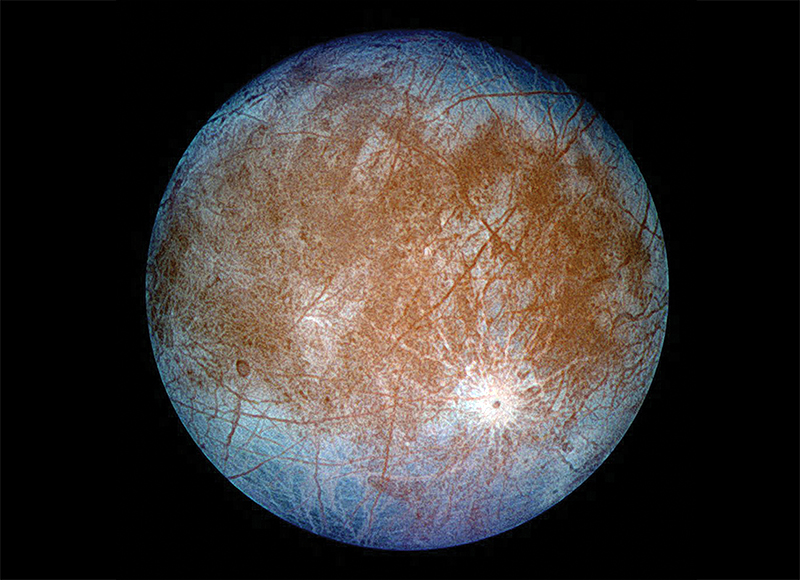 In complete darkness, a NASA observatory waits. When an eruption of boiling water billows from a nearby crack in the ground, the observatory’s sensors seek particles in the fluid, measure shifts in carbon isotopes, and analyze samples for biological signatures. NASA has landed the observatory in this remote location, far removed from air and sunlight, to find life unlike any that scientists have ever seen.

It might sound like a scene from a distant planet, but this NASA mission is actually exploring an ocean floor right here on Earth.

NASA established a formal exobiology program in 1960, which expanded into the present-day Astrobiology Program. The program, which celebrated its 50th anniversary in 2010, not only explores the possibility of life elsewhere in the universe, but also examines how life begins and evolves, and what the future may hold for life on Earth and other planets.

Answers to these questions may be found not only by launching rockets skyward, but by sending probes in the opposite direction. Research here on Earth can revise prevailing concepts of life and biochemistry and point to the possibilities for life on other planets, as was demonstrated in December 2010, when NASA researchers discovered microbes in Mono Lake in California that subsist and reproduce using arsenic, a toxic chemical.

The Mono Lake discovery may be the first of many that could reveal possible models for extraterrestrial life. One primary area of interest for NASA astrobiologists lies with the hydrothermal vents on the ocean floor. These vents expel jets of water heated and enriched with chemicals from off-gassing magma below the Earth’s crust. Also potentially within the vents: microbes that, like the Mono Lake microorganisms, defy the common characteristics of life on Earth.

Basically all organisms on our planet generate energy through the Krebs Cycle, explains Mike Flynn, research scientist at NASA’s Ames Research Center. This metabolic process breaks down sugars for energy to fuel cellular functions. “We think this chemical process did not exist when life first formed on Earth,” he says, “because it is based on oxygen being available, and there was little oxygen available on the early Earth.” It is possible that there are anaerobic regions beneath the sea floor in which life forms like those early non-Krebs Cycle microbes may yet exist.

To detect and potentially collect samples of life emerging from hydrothermal vents, Flynn and his colleagues created Medusa, a multi-sensor instrument designed for long-term observation of diked vents on the ocean floor. When the vents erupt, Medusa assesses indicators of life within the expelled water. If the results are positive, the observatory collects samples and detaches from the ocean floor, making the long journey to the surface for retrieval by scientists.

One of the indicators Medusa measures is the ratio of carbon isotopes in the water, namely carbon-12 and carbon-13. Living organisms preferentially take up carbon-12, Flynn says, so examining the ratio of these isotopes can help to determine the source of carbon in an environment as either biological or non-biological.

“On Mars, there is evidence of localized methane in the atmosphere, and that methane could come from biological sources or from geochemical ones,” Flynn says. “Determining the background planetary carbon isotope ratios and then evaluating the specific carbon ratios in this methane would help to determine how it was formed.” A long-duration observatory similar to Medusa could one day provide essential evidence for or against the presence of life on the Red Planet or beneath the ice-crusted oceans of Europa.

LGR’s Off-Axis ICOS technology uses an optical cavity—a tube bound on both ends by two high-reflectivity mirrors—as an absorption cell, explains company president Doug Baer. A laser beam is directed through the first mirror and then trapped inside the cell containing the sample of air. The beam reflects between the mirrors, propagating thousands of meters and interacting extensively with the molecules in the cell, revealing their makeup and concentration.

“The longer path length means that we don’t need to have as many molecules in the cell to detect, so the instrument’s sensitivity is greatly enhanced,” Baer says.

This innovation enabled a deep-sea carbon isotope analyzer for NASA’s Medusa project and currently forms the basis of all of the company’s commercial products—including devices that are providing significant information for environmental researchers around the globe.

“The SBIR program has been critical to the creation of these technologies, which would otherwise have taken a much longer time to develop,” says Baer.

LGR’s SBIR-derived technology has been incorporated into a variety of analyzer devices deployed for use on all seven continents for the measurement of a range of greenhouse gasses, pollutants, and isotopes. Employing lasers ranging in wavelength from visible light to mid-infrared, these Off-Axis ICOS-based instruments can measure precise amounts of practically any molecule with an absorption spectrum. And because the system is easy to build, Baer says, it can be made rugged at a low cost.

“This allows us to streamline our manufacturing and create products at inexpensive cost to government agencies and researchers around the globe,” he says.

LGR analyzers are designed for the measurement of target molecules such as carbon dioxide, methane, nitrous oxide, water, water vapor, liquid water, and isotopes of all of those molecules down to parts-per-billion sensitivity. This allows researchers to gather detailed information about the sources and sinks of greenhouse gasses that are affecting the planet’s climate. (Sinks absorb and store particular molecules; a forest, for example, can act as a carbon sink, absorbing carbon dioxide from the air until burning or decomposition releases the stored carbon back into the environment.)

NASA has flown LGR analyzers on the Agency’s DC-8 research aircraft for studies of greenhouse gasses and pollutants in the atmosphere, and other scientists have employed the company’s devices to study Earth’s hydrological cycle. LGR also recently collaborated with Texas A&M University to deploy a methane analyzer to the Gulf of Mexico to record the distribution of methane and methane isotopes resulting from the Deepwater Horizon oil spill, helping scientists understand the environmental impact of the disaster.

In part due to the support of NASA’s SBIR program, LGR has experienced significant growth since first commercializing its products in 2005. Baer expects the company’s workforce to grow from 30 to nearly 50 full-time employees by the end of 2011, and the company employs a large number of contractors as well.

Even as LGR’s SBIR-derived technology helps NASA search for unusual life on the ocean floor, Flynn notes a fiberoptic spectrometer the company also developed through NASA SBIR funding. Small and inexpensive to fabricate, “you can put it on any mission going to Mars and build up a global understanding of the planet’s carbon distributions,” an understanding that may lead to the first discovery of life beyond Earth. 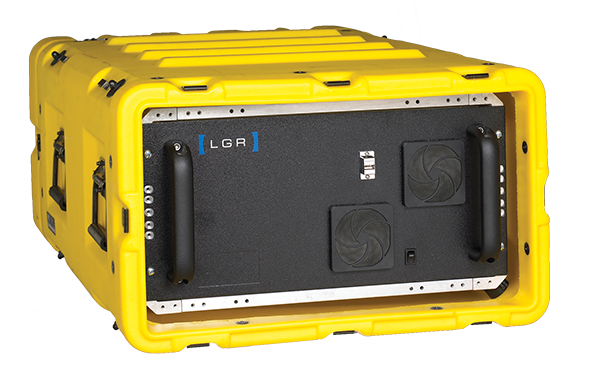 NASA’s Astrobiology Program looks for life in places beyond Earth, such as Europa, one of Jupiter’s moons.