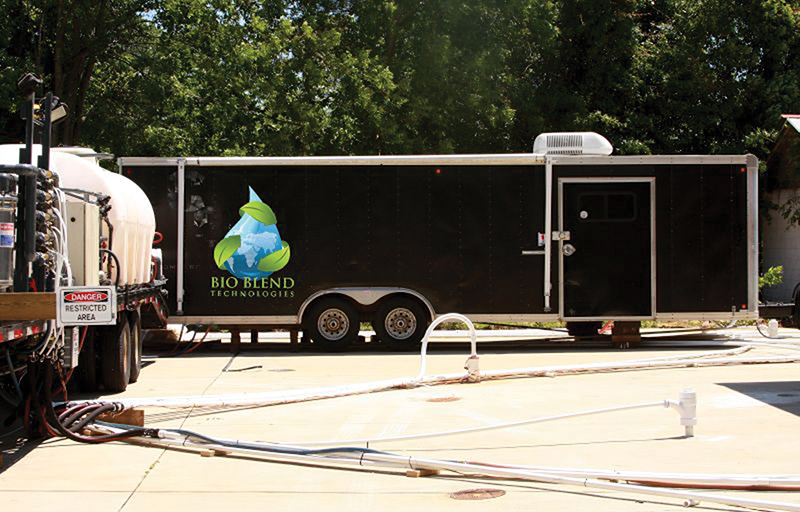 All research and development has a story behind it, says Jacqueline Quinn, environmental engineer at Kennedy Space Center. For Quinn, one such story begins with the Saturn 1B launch stand at Kennedy and ends with a unique solution to a challenging environmental problem.

Used in a number of Apollo missions and during the Skylab program, the Saturn 1B launch stand was dismantled following the transition to the Space Shuttle Program and stored in an open field at Kennedy. Decades later, the Center’s Environmental Program Office discovered evidence of chemicals called polychlorinated biphenyls (PCBs) in the field’s soil. The findings were puzzling since PCBs—a toxin classified as a probable carcinogen by the Environmental Protection Agency (EPA)—have been banned in the United States since 1979. Before the ban, PCBs were commonly used in transformer oils that leached into the ground when the oils were changed out and dumped near transformer sites, but there were no electrical transformers near the dismantled stand. It soon became apparent that the source of the PCBs was the launch stand itself. Prior to the ban, PCBs were used extensively in paints to add elasticity and other desirable characteristics. The PCB-laden paint on the Saturn 1B launch stand was flaking off into the field’s soil.

“Nobody knew there were PCBs in the paint,” says Quinn, noting that the ingredient was not monitored carefully when it was in use in 1960s. In fact, she says, the U.S. EPA was not even established until 1970, a year after Neil Armstrong first set foot on the Moon. Nobody knew any better at the time, Quinn says, but today, “we have the responsibility to return any natural environmental media to as close to pristine a condition as possible.”

PCBs in paint presented a new challenge. Removing the launch stand for recycling proved a difficult operation; the toxic paint had to be fully stripped from the steel structure, a lengthy and costly process that required the stripped paint to be treated before disposal. Noting the lack of efficient, environmentally friendly options for dealing with PCBs, Quinn and her colleagues developed the Activated Metal Treatment System (AMTS).

AMTS is a paste consisting of a solvent solution containing microscale particles of activated zero-valent metal. When applied to a painted surface, the paste extracts and degrades the PCBs into benign byproducts while leaving the paint on the structure. This provides a superior alternative to other methods for PCB remediation, such as stripping the paint or incinerating the structure, which prevents reuse and can release volatized PCBs into the air.

Since its development, AMTS has proven to be a valuable solution for removing PCBs from paint, caulking, and various insulation and filler materials in older buildings, naval ships, and former munitions facilities where the presence of PCBs interferes with methods for removing trace explosive materials. Miles of potentially toxic caulking join sections of runways at airports. Any of these materials installed before 1979 potentially contain PCBs, Quinn says.

“This is not just a NASA problem,” she says. “It’s a global problem.”

To provide the benefits of the AMTS solution on a national scale, Kennedy made the technology available for licensing. It quickly caught the eye of a company already familiar with the Center’s environmental innovations. Cantonment, Florida-based Bio Blend Technologies, the remedial arm of U.S. O’Neill Industries, had previously licensed the NASA-developed EZVI technology and saw AMTS as an innovation with significant potential.

“The future for AMTS is untapped,” says Bio Blend COO Roger Kubala. The company licensed the technology, and now, Kubala says, “Bio Blend is capable of cleaning any kind of hydrocarbon contamination, pesticides, PCBs—we’re a one-stop shop for treating all organic chlorides and contaminants.”

At one site—a Florida gas station where years of leaks from single-skin, underground gas tanks had contaminated the surrounding soil and groundwater—nine years and over $1 million worth of remediation had yielded little effect. Utilizing its NASA and proprietary solutions, Bio Blend cleared 98.9 percent of the contaminants in 77 days at a fraction of the cost. At a similar site, the company reduced the pollutants to nondetect status in 52 days. Owners of contaminated land are often unable to sell their property or even secure loans; Bio Blend’s intervention allows these property owners to regain the value of their land and does not interfere with ongoing business. The gas stations maintained full operations during the remediation.

Bio Blend’s success in these cases results from its pairing of NASA technology with its own innovations, says David O’Neill, president of U.S. O’Neill Industries and Bio Blend. “There was nothing prior to EZVI that would get far enough down into the groundwater. Coupling EZVI with our blends allows you to dig down as deep as you want and eradicate whatever the contaminant is. It is revolutionary.” The AMTS technology takes the company’s capabilities even further, he says. “PCBs are the asbestos of the future. Because there has not been a lot of dialogue about it, there was not a good remediation technique for it until now.”

Quinn finds significant satisfaction in the impact these technologies have outside of NASA. “It provides a great sense of fulfillment that the technologies we are developing through NASA can impact the everyday lives of everyday people,” she says.

Bio Blend is also working closely with the University of West Florida, where it has a dedicated lab for the testing, creation, and production of new products. “This is a perfect collaborative fit with some of the best academic minds, a talented student pool, and a university president focused on being a think tank for cutting edge technologies,” says O’Neill. In addition, the company will soon open a new blending plant for manufacturing its proprietary and NASA-derived products, and it is exploring ways of using AMTS to remove PCBs from soil.

“We feel very strongly that, from a societal standpoint, we’re in a unique place and time,” says O’Neill. “We are going to have to clean up to continue our quality of life for future generations.” According to Bio Blend, its NASA-developed solutions help enable that goal.

“We have the tools now,” says Kubala. “It’s time to get the word out to the world that there is an answer.” 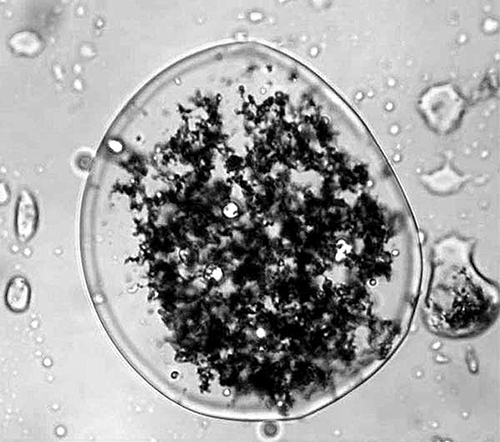 This magnified image shows one of Bio Blend’s solutions, the emulsified zero-valent iron or EZVI technology, which consists of tiny iron particles in a water and biodegradable oil emulsification. 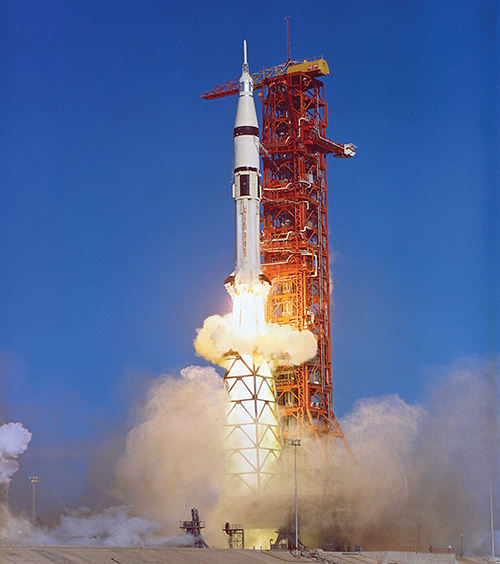 A Saturn 1B rocket carrying Skylab astronauts lifts off from Kennedy Space Center. Years later, after the launch stand was dismantled, its paint was found to contain toxic chemicals.