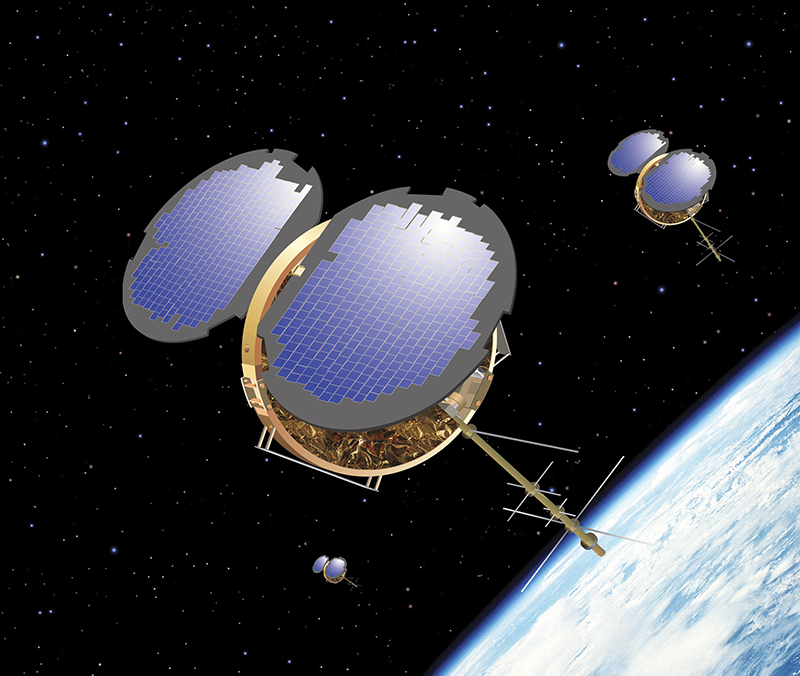 Signals from global positioning system (GPS) satellites are now being used for more than just location and navigation information. By looking at the radio waves from GPS satellites, a technology developed at NASA’s Jet Propulsion Laboratory (JPL) not only precisely calculates its position, but can also use a technique known as radio occultation to help scientists study the Earth’s atmosphere and gravity field to improve weather forecasts, monitor climate change, and enhance space weather research.

The University Corporation for Atmospheric Research (UCAR), a nonprofit group of universities in Boulder, Colorado, compares radio occultation to the appearance of a pencil when viewed though a glass of water. The water molecules change the path of visible light waves so that the pencil appears bent, just like molecules in the air bend GPS radio signals as they pass through (or are occulted by) the atmosphere. Through measurements of the amount of bending in the signals, scientists can construct detailed images of the ionosphere (the energetic upper part of the atmosphere) and also gather information about atmospheric density, pressure, temperature, and moisture. Once collected, this data can be input into weather forecasting and climate models for weather prediction and climate studies. Traditionally, such information is obtained through the use of weather balloons.

In 1998, JPL started developing a new class of GPS space science receivers, called Black Jack, that could take precise measurements of how GPS signals are distorted or delayed along their way to the receiver. By 2006, the first demonstration of a GPS radio occultation constellation was launched through a collaboration among Taiwan’s National Science Council and National Space Organization, the U.S. National Science Foundation, NASA, the National Oceanic and Atmospheric Administration (NOAA), and other Federal entities. Called the Constellation Observing System for Meteorology, Ionosphere, and Climate (COSMIC), JPL was responsible for designing COSMIC’s primary instrument—based on its revolutionary Black Jack receiver.

To produce the Black Jack GPS radio occultation receivers required for COSMIC, JPL turned to Tempe, Arizona-based Broad Reach Engineering Company (BRE). BRE made enhancements to JPL’s existing technology, including the addition of an internal redundancy feature and internal mass memory. BRE built the new receivers, and while delivering the flight hardware for the COSMIC program, entered into a license agreement for the technology that extends to 2017.

As a result of the license agreement, BRE commercialized a new product called the Integrated GPS Occultation Receiver (IGOR) based on NASA’s Black Jack device. “After the successful transfer of commercial technology to BRE, the company further improved it—allowing for increased parts reliability and the ability to modify the digital signal processing algorithms while on orbit,” says Garth Franklin, supervisor of the advanced radiometric and gravity sensing instruments group at JPL.

With one of the company’s main products being an integrated avionics unit (IAU) that provides all satellite command and data handling, electrical power system, and payload interface capability from a single box, BRE now offers an additional option, based on the NASA receiver, as a standalone GPS receiver or as part of the IAU. “We can handle power inputs, switching and distribution, uplink and downlink, and payload interfaces—it’s a tightly integrated solution for satellites. The Black Jack technology provides us with another product line of avionics to offer to our customers,” says Dan Smith, a project manager at Broad Reach Engineering.

As a dual-frequency (frequencies L1 and L2) receiver, IGOR is available in two versions for low-Earth orbit: as a receiver for precision orbit determination (POD) only, or as a receiver for both POD and radio occultation. “IGOR provides orbit determination, which is similar to other GPS receivers on the market. However, the unique feature is that IGOR has the radio occultation science capability,” says Smith.

IGOR also features a solid state recorder that allows the recording of extra data in case there are problems with the downlink at ground stations, and a payload controller that can control additional instruments on the satellite. “We repackaged it a little bit, but we didn’t touch any of the JPL items such as the signal acquisition and tracking algorithms. We focused on the hardware,” says Smith.

“Some of the international agencies collaborate with NOAA or UCAR, and they are basically building the global dataset for radio occultation,” says Smith. “As they input the radio occultation data into the operational NOAA weather models, the severe weather forecasting has improved significantly. The data is indicating that hurricane tracking predictions are improving.”

According to UCAR, data from COSMIC has proven valuable for weather forecasting, hurricane forecasting, and investigation of the atmospheric boundary layer (the lowest part of the atmosphere). The data has also proven useful for testing ionospheric models, is being used for space weather models, and can potentially benefit climate studies, due to its high precision and global and daily sampling coverage. As Franklin describes, “Temperature, pressure, water vapor, and electron content can be retrieved in a widely distributed way as each of the 31 GPS spacecraft signals are observed by the six COSMIC spacecraft, cutting though Earth’s atmosphere on average of 1,500 times per day.” This is the first time such large amounts of data have been obtained on a global scale.

After introducing the benefits of IGOR to the satellite industry, BRE licensed additional technology from Goddard Space Flight Center in 2011. Called Navigator, the NASA-derived GPS receiver can acquire and track the weaker signals broadcast by GPS satellites to enable navigation in geosynchronous orbits (GEO) and highly elliptical orbits (HEO), where typical GPS receivers fail to pick up a signal. “Goddard provided the software, algorithms, and Kalman filtering. Again, we repackaged the hardware and coordinated initial bench-top performance testing with Goddard. This effort allowed us to make it part of our IAU, creating another hardware option for satellites considering these type of missions,” says Smith.

The first use of BRE’s version of Navigator will fly on the Air Force Research Laboratory’s Nanosatellite Guardian for Evaluating Local Space (ANGELS) mission, planned for 2012.

While Smith looks forward to continued collaborations with NASA to make the next generation of GPS receivers for tracking additional frequencies, in the meantime, he says, “As we continually look for options in the best interest of flight hardware, we have a good product line based on NASA technology. 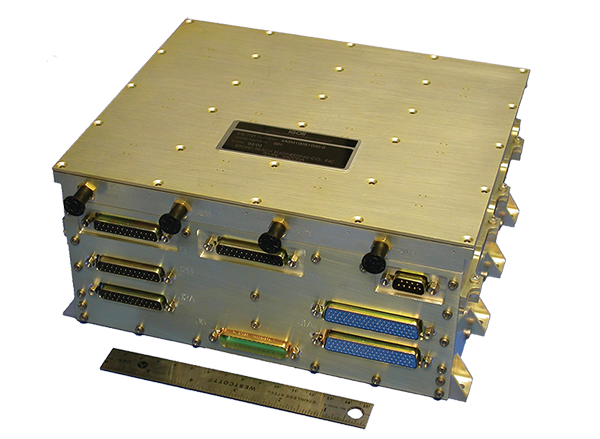