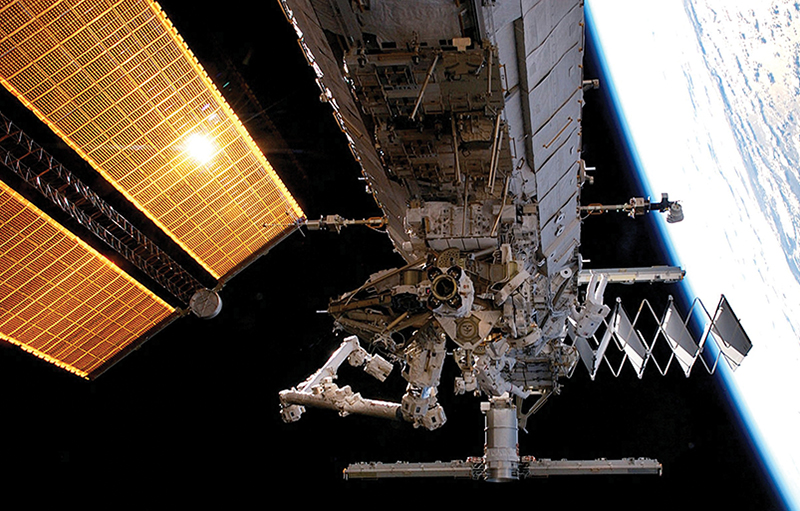 NASA currently has spacecraft orbiting Mercury (MESSENGER), imaging the asteroid Vesta (Dawn), roaming the red plains of Mars (the Opportunity rover), and providing a laboratory for humans to advance scientific research in space (the International Space Station, or ISS). The heart of the technology that powers those missions and many others can be held in the palm of your hand—the solar cell.

Solar, or photovoltaic (PV), cells are what make up the panels and arrays that draw on the Sun’s light to generate electricity for everything from the Hubble Space Telescope’s imaging equipment to the life support systems for the ISS. To enable NASA spacecraft to utilize the Sun’s energy for exploring destinations as distant as Jupiter, the Agency has invested significant research into improving solar cell design and efficiency.

Glenn Research Center has been a national leader in advancing PV technology. The Center’s Photovoltaic and Power Technologies Branch has conducted numerous experiments aimed at developing lighter, more efficient solar cells that are less expensive to manufacture. Initiatives like the Forward Technology Solar Cell Experiments I and II—in which PV cells developed by NASA and private industry were mounted outside the ISS—have tested how various solar technologies perform in the harsh conditions of space. While NASA seeks to improve solar cells for space applications, the results are returning to Earth to benefit the solar energy industry.

Throughout the 1980s and 1990s, Maria Faur, while conducting research for NASA Glenn (then Lewis Reseach Center), developed new techniques for enhancing solar cell manufacturing and design. In 1995, Faur founded Special Materials Research and Technology Inc. (SPECMAT) to expand these efforts. The following year, the company entered into a Space Act Agreement with Glenn, and in 1999, became one of the first tenants of the NASA Lewis Incubator for Technology. Both partnerships helped to provide SPECMAT with the means to advance a proprietary method Faur had developed while working for NASA to enhance solar cells in a way not previously achievable.

“The ability to grow oxide at room temperature is unique in the industry,” says Faur, president and CEO of SPECMAT. The company patented the RTWCG process, and now, says Faur, the NASA-derived innovation stands poised to become a powerful technology for use in the fabrication of solar cells, microelectronics, and photonic devices.

SPECMAT has licensed the patented RTWCG process to Equity Solar Inc. and Equity Microelectronics Inc. of San Anselmo, California, to bring the technology to the commercial solar energy and microelectronics markets.

“We believe the RTWCG technology has the potential to supplant traditional oxides in many different applications,” says Greg Knight, Equity Solar’s chief technology officer. For microelectronics, silicon oxide provides electrical insulation, and the rapid growth and variable thickness of the oxide layer produced by the RTWCG process makes it ideal for semiconductor applications such as microelectromechanical systems, LED displays, and power-electronic devices. The process also has potential use in optoelectronics due to certain properties of silicon oxide that make it useful as an optical waveguide.

The technology currently stands to make the most immediate impact in the field of solar energy, however.

“What this technology means for the solar energy business is quite profound,” says Knight. “The coatings created in this process have a lower level of reflectance than anything you can get in the market right now.”

In terms of solar cell fabrication, there are four prime benefits provided by the NASA-derived RTWCG technology. First, the silicon oxide antireflective coating produces a lower reflectance than a standard textured silicon nitride coating, meaning the cell can trap more light. The coating also passivates the cell’s surface, chemically stabilizing it so that the electrons produced when light hits the surface survive in a capturable state for longer.

The RTWCG process also cleans the cell’s surface and contacts and can be used to create what is known as a selective emitter, an advanced type of solar cell construction that enhances the electrical properties of the cell. All of these benefits contribute to increased solar cell efficiency and are delivered during the quick RTWCG chemical immersion.

“The RTWCG technology can enable manufacturers to produce cells that have the lowest ‘cost per watt’ in the PV industry today by increasing the solar cells’ efficiency while lowering the process cost,” says Knight. Standard terrestrial PV cells have efficiencies of 15–18 percent, he explains. Expensive high-end cells can provide up to 21 percent efficiency, and Knight says Equity Solar’s licensed technology will enable cells like these with existing high-end constructions to be made at dramatically lower cost.

Since cost-effectiveness is a major obstacle to the widespread implementation of PV technology as a renewable energy source, the RTWCG stands to become a critical tool for solar cell designers seeking to expand the industry.

“We believe this technology has the potential to be integrated into all crystalline silicon cells in the future,” Knight says. “If this happens, it would truly have a worldwide impact.”

Equity Solar is pursuing extensive validation of the technology while exploring partnerships with PV cell manufacturers to implement the process. SPECMAT, meanwhile, is glad for the fruits of the efforts that were started at Glenn.

“Developing the RTWCG process has been a critical part of SPECMAT’s existence and has led to the employment of several scientists since our work with NASA commenced and following through our license agreement with Equity Solar,” says Faur. “NASA’s support of companies such as ours will yield benefits for solar cell manufacturers and ultimately industry and the general public both in the United States and worldwide.” 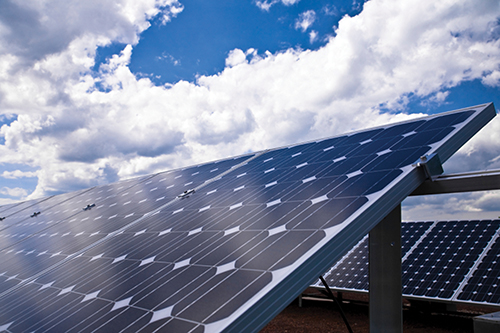 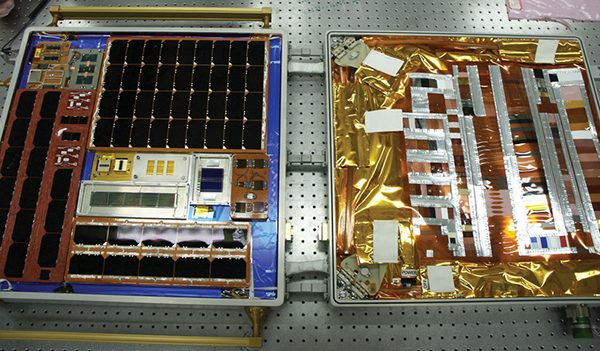 The International Space Station derives power from its massive photovoltaic panels (seen in the upper left).