Analyzers Provide Water Security in Space and on Earth

Resourcefulness is a key quality for living in space, and on the International Space Station (ISS), that means making the most of water supplies. In 2008, the installation of the Water Processing Assembly (WPA) onboard the ISS allowed the space station’s crew to do just that. The WPA purifies moisture from nearly every possible source—sweat, water vapor, wastewater, and even urine—for drinking and oxygen generation. Capable of producing 35 gallons of potable, recycled water a day, the system has reduced the need for water delivered to the ISS by over 1,000 gallons a year, saving significant payload costs in the process.

As with any drinking water, quality is a concern, particularly when that water has been recycled. This is an issue of particular interest in space, where ISS crew members would have to deal with any illness far from the nearest medical personnel and facilities. The WPA employs sensors that monitor water quality by measuring its conductivity, and rounding out the system’s quality assurance methods is a device developed for NASA by a private industry partner. That company has now made the technology available for ensuring the purity of water for consumption and industrial uses on Earth.

Known as a total organic carbon analyzer (TOCA), this device measures organic carbon levels in water, a key indicator of water quality, as carbon is present in most dangerous contaminants. Prior to the installation of the WPA, the ISS had a commercial TOCA onboard, but that technology did not fully satisfy NASA’s requirements. To develop a better solution to ensure the potability of the WPA’s recycled water, NASA contracted OI Analytical of College Station, Texas, in 2006. Working in conjunction with Wyle Laboratories, the company had proposed an advanced TOCA device that provided fast, effective monitoring of TOC levels while eliminating aspects of the technology that made it impractical for space applications.

The resulting Proto-flight Unit, or PFU1, proved to be the innovative breakthrough NASA needed to fully enable the WPA. Detection of TOC in water requires an oxidation process that standard TOCAs generate using either expensive, hazardous chemicals or through high temperature combustion—neither feasible for an environment like the ISS. OI devised an electrochemical solution to create oxidation using the water itself. By applying an electrical voltage to a composite electrode in the oxidation chamber of the analyzer, the TOCA breaks down the water sample, forming hydroxyl radicals that in turn break down any organic molecules into carbon dioxide and water. The analyzer’s infrared detector then measures the concentration of carbon dioxide to provide an accurate assessment of the water’s organic carbon content.

“The original prototype was at a level that allowed us to save two years in the development process,” says Gary Erickson, research and development manager for the TOCA project. This in turn allowed NASA to implement the WPA ahead of schedule. With the system’s recycling capabilities and now fully redundant safety measures, the ISS not only required fewer water deliveries, but it was also able to realize its full crew capacity—increasing from three members up to six.

OI recognized the potential for its NASA technology as a commercial solution. Adapting it for terrestrial use, the company now sells the electrochemical-oxidation device as its 9210e On-Line Total Organic Carbon Analyzer. The NASA-derived system provides a host of benefits for water quality applications ranging from municipal and industrial water treatment to feed water and condensate return in turbines and boiler systems.

“Essentially any place where large amounts of water are used, from the cleanest to the most contaminated, the need to measure organic carbon exists,” says Erickson, also market manager for the TOCA technology, “but the cost-prohibitive nature of the technology kept it from being mandated in a number of areas, and it kept commercial companies from utilizing the technology.”

The most significant cost incurred by standard TOCA technology comes from the chemicals needed to support it, Erickson explains. The 9210e’s reagentless electrochemical oxidation eliminates the need for these chemicals, saving the typical operator as much as $500 a month, says Erickson. This adds up for industrial users that often have tens to hundreds of units installed in their plants.

For combustion oxidation-based analyzers, expensive infrastructure is often required, particularly in chemical plants and petrochemical refineries where a cooled, explosion-proof housing is required, incurring costs as high as $300,000–$500,000. The OI device has a footprint roughly the size of an 11-by-7-inch piece of paper—much smaller than previous units the size of small refrigerators—and can be installed at a cost as much as 90-percent less than other TOCA systems, a comparative savings of $270,000–$450,000.

“We are able to put this small-footprint device into cabinetry at a much lower price point, and the day-to-day operating costs are much less as well,” says Craig Marvin, director of sales and marketing at OI.

The technology’s ease-of-use and low maintenance requirements also generate returns. One OI customer reported that it employed one technician for every two of its analyzers prior to switching to the 9210e; now the customer can service 8–10 analyzers with the same technician.

Gary Engelhart, OI’s laboratory products and marketing manager, notes that the company’s NASA work has led to collaboration with the U.S. Environmental Protection Agency (EPA) on ensuring the security of the Nation’s drinking water.

“TOC measurement is one of the parameters the EPA would like to use in a more widespread fashion in order to provide early warning, whether it be of intentional contamination or from natural events. It’s a key homeland security directive,” he says. He also notes that the NASA-derived TOCA technology was an important factor in the company’s recent acquisition by ITT Corporation, which “will drive OI’s presence in a lot of water treatment and purification areas.”

OI’s work for NASA has been a mutually beneficial relationship, says Marvin. “Our ability to piggyback on research and development by engaging in this project provided what was at the time a small company with a means to develop technology that we may have been slow to bring to market otherwise.”

Meanwhile, the technology OI developed for NASA continues to benefit the ISS. The follow-on to the company’s first NASA TOCA, PFU2, arrived at the ISS in 2011 on STS-133, Space Shuttle Discovery’s final flight, and PFU3 currently awaits a future delivery

Abstract
Working with Johnson Space Center, OI Analytical, based in College Station, Texas, developed a total organic analyzer to monitor the quality of the water supply onboard the International Space Station. The company commercialized the technology, which provides significant cost savings and improved efficiency for water quality monitoring on Earth. 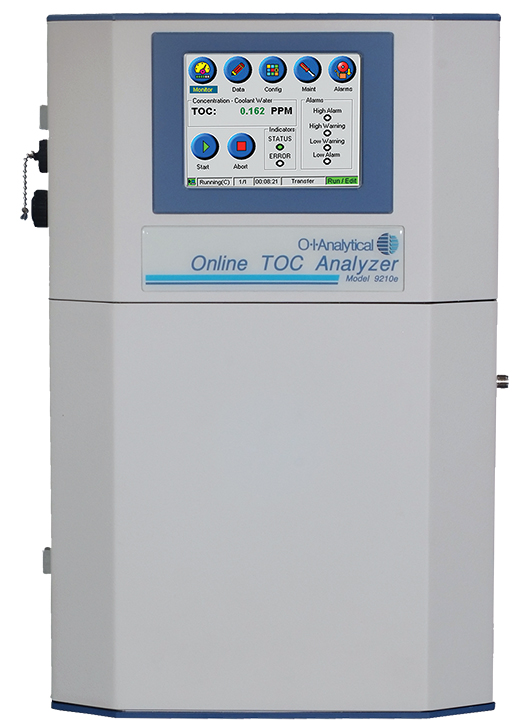 OI’s commercial TOCA, derived from the device the company created for NASA, is smaller and less expensive to install and maintain than comparable technologies.