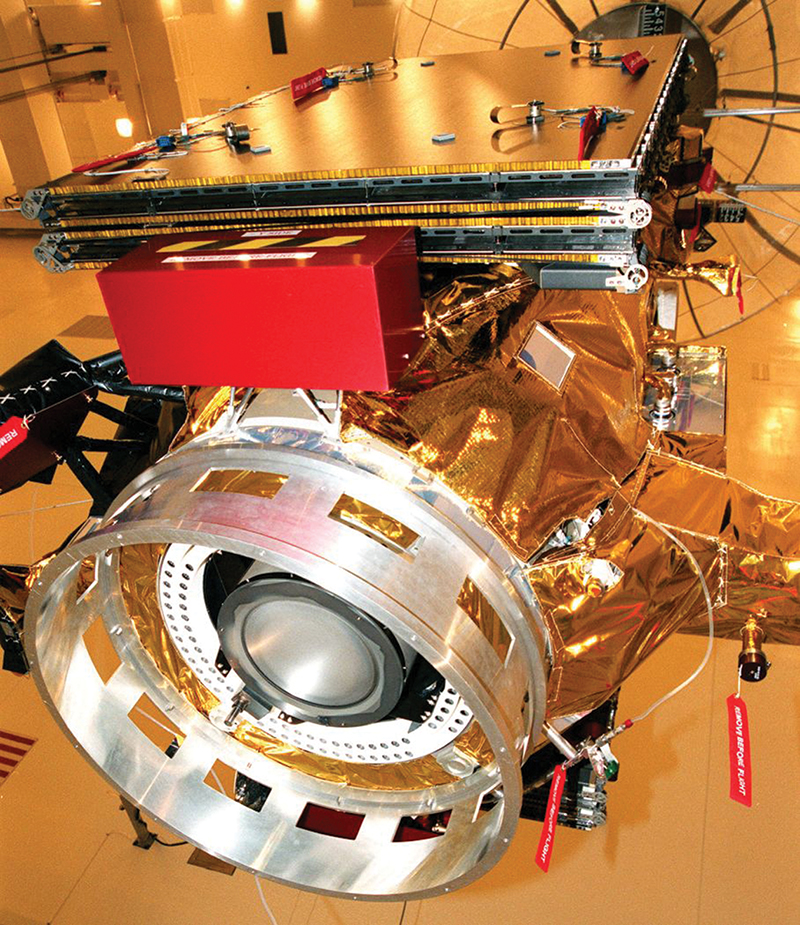 “Right now, solar electric propulsion is being looked at very seriously,” says Michael Piszczor, chief of the photovoltaic and power technologies branch at Glen Research Center. The reason, he explains, originates with a unique NASA mission from the late 1990s.

In 1998, the Deep Space 1 spacecraft launched from Kennedy Space Center to test a dozen different space technologies—including SCARLET, or the Solar Concentrator Array with Refractive Linear Element Technology. As a solar array that focused sunlight on a smaller solar cell to generate electric power, SCARLET not only powered Deep Space 1’s instruments but also powered its ion engine, which propelled the spacecraft throughout its journey.

Deep Space 1 was the first spacecraft powered by a refractive concentrator design like SCARLET, and also utilized multi-junction solar cells, or cells made of multiple layers of different materials. For the duration of its 38-month mission, SCARLET performed flawlessly, even Deep Space 1 flew by Comet Borrelly and Asteroid Braille.

“Everyone remembers the ion engine on Deep Space 1, but they tend to forget that the SCARLET array powered it,” says Piszczor. “Not only did both technologies work as designed, but the synergy between the two, solar power and propulsion together, is really the important aspect of this technology demonstration mission. It was the first successful use of solar electric propulsion for primary propulsion.”

More than a decade later, NASA is keenly interested in using solar electric propulsion (SEP) for future space missions. A key issue is cost, and SEP has the potential to substantially reduce cost compared to conventional chemical propulsion technology.

“SEP allows you to use spacecraft that are smaller, lighter, and less costly,” says Piszczor. “Even though it might take longer to get somewhere using SEP, if you are willing to trade time for cost and smaller vehicles, it’s a good trade.”

Potentially, SEP could be used on future science missions in orbit around the Earth or Moon, to planets or asteroids, on deep space science missions, and even on exploration missions. In fact, electric propulsion is already being used on Earth-orbiting satellites for positioning.

Developed through a partnership between NASA’s Glenn Research Center and Fort Worth, Texas-based ENTECH Inc. (now Entech Solar), SCARLET originated from Small Business Innovation Research (SBIR) contracts that started in 1985. The partners’ purpose was to adapt Entech’s existing terrestrial solar concentrator technology, already demonstrated on Earth, for space applications. The Ballistic Missile Defense Organization was also a supporter and contributor to the work.

“At that time, concentrators were being looked at for space, but most were reflective systems that used mirrors to reflect light and focus it on a small point,” says Piszczor. “Entech’s design uses a unique refractive concept.”

The concentrating lens of Entech’s design had a curved outer surface with Fresnel patterns, or grooves, on the inside. It makes the most use of available sunlight and focuses the light onto multi-junction solar cells. According to Piszczor, a main advantage of Entech’s technology is its optical performance and shape error tolerance. This translates to a concentrator design that has high optical efficiency, can be readily manufactured, and is less sensitive to thermal and structural distortions.

After SCARLET, Entech and NASA continued to work through the SBIR program, along with the Department of Defense, to develop a lightweight version of the same technology called the Stretched Lens Array (SLA). The SLA replaces the top glass surface used in the SCARLET lens design with a stretched thin film lens to concentrate sunlight onto photovoltaic cells below the lens. Compared to the SCARLET design, the SLA technology minimized mass and cost even further.

Entech’s CEO, David Gelbaum, says multi-junction cells are extremely efficient under Entech’s color-mixing, arched Fresnel lenses, thanks to how they concentrate more light on the cells and how they distribute the full-spectrum of sunlight onto the cells. The bigger advantages of the technology, however, are the cost, weight, and robustness. “By using only one-eighth as much solar cell area per Watt of array power, we save cost and weight and make it possible to better insulate and shield the smaller solar cells,” he says.

Entech has now taken its knowledge from working with Glenn over the last 25 years and incorporated it into a new ultra-light solar concentrator for terrestrial applications. In 2012, the technology won an R&D 100 Award, recognizing it as one of the top 100 technologically significant new products of 2012 by R&D Magazine.

Entech’s new product, SolarVolt, is a concentrating photovoltaic solar module that incorporates a significant amount of technology from the SLA. “While the SLA was primarily optimized to save mass because launching into space is so expensive, SolarVolt is optimized to save cost because the terrestrial market is so cost-competitive,” says Gelbaum.

For space, the company uses multi-junction solar cells with lenses made of space-qualified silicone rubber. For terrestrial applications, Entech uses low-cost silicon cells under acrylic plastic lenses. Because the space version does not need to resist wind and hail, there is no lens cover; SolarVolt uses a tempered glass window to protect the lenses and cells.

On Earth, SolarVolt can be used to generate electricity for applications from a fraction of a megawatt to multimegawatt systems. Commercial applications include utility-scale power plants, distributed energy for smart grid systems, communications systems, industrial building power systems, and government and military power systems.

The technology is most productive in areas with high, continuous direct normal irradiation, or DNI, which comes directly from the sun. High DNI areas in the United States include southern California, Arizona, Nevada, New Mexico, west Texas, and Colorado. As Gelbaum describes, “SolarVolt is primarily aimed at large utility-scale solar power plant applications in the sunny desert regions.”

In 2011, SolarVolt received international certification designating it has met concentrating PV module testing and construction evaluation requirements to verify its performance and reliability in hail, extreme temperatures, and wet and dry conditions.

Even as the SLA spins off for terrestrial use, NASA continues to improve it for use in space. Glenn is now partnering with Deployable Space Systems, Inc. to fuse Entech’s SLA concentrator with a lightweight, deployable structural platform called SOLAROSA, or the Stretched Optical Lens Architecture on Roll-Out Solar Array. Ad Astra Rocket Co. is interested in using SOLAROSA to support its Variable Specific Impulse Magnetoplasma Rocket engine, an advanced plasma propulsion system.

Thanks to such public-private partnerships, the future is bright where solar electric power is concerned—both on the ground and in space. “Collaborating with NASA has not only helped us to improve and refine our space and ground solar power technologies, but has helped Entech gain credibility for its technology,” says Gelbaum. “NASA is a terrific partner for small businesses like us.”

SolarVolt™ is a trademark of Entech Solar. 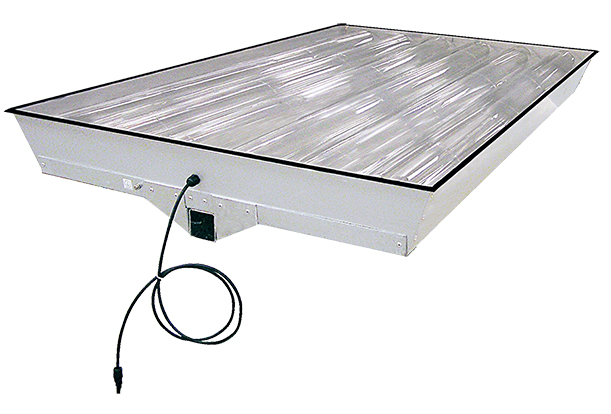 Entech’s SolarVolt product, incorporating NASA technology, can be used to generate electricity for utility-scale power plants, communication systems, and government and military power systems. It is most productive in sunny desert regions like Nevada.

Deep Space 1 was a spacecraft designed to test a dozen different space technologies, including a solar array that focused sunlight on a smaller solar cell to generate electric power.