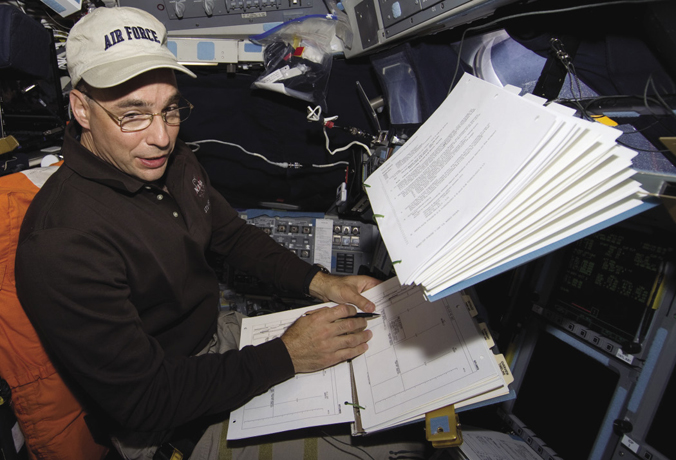 On May 11, 2013, two astronauts emerged from the interior of the International Space Station (ISS) and worked their way toward the far end of spacecraft. Over the next 5½ hours, the two replaced an ammonia pump that had developed a significant leak a few days before. On the ISS, ammonia serves the vital role of cooling components—in this case, a component on one of the station’s eight solar arrays.

Throughout the extravehicular activity (EVA), the astronauts stayed in constant contact with mission control: every movement, every action strictly followed a carefully planned set of procedures to maximize crew safety and the chances of success. Though the leak had come as a surprise, NASA was prepared to handle it swiftly thanks in part to the thousands of procedures that have been written to cover every aspect of the ISS’s operations.

The ISS is not unique in this regard: Every NASA mission requires well-written procedures—or detailed lists of step-by-step instructions—that cover how to operate equipment in any scenario, from normal operations to the challenges created by malfunctioning hardware or software. Astronauts and mission control train and drill extensively to ensure they know what the proper procedures are and when they should be used.

These procedures used to be exclusively written on paper, but over the past decade NASA has transitioned to digital formats. Electronic-based documentation simplifies storage and use, allowing astronauts and flight controllers to find instructions more quickly and display them through a variety of media. Electronic procedures are also a crucial step toward automation: once instructions are digital, procedure display software can be designed to assist in authoring, reviewing, and even executing them.

As a part of its development of electronic procedures, in 2006 Ames Research Center awarded Webster, Texas-based TRACLabs Inc. a Phase I Small Business Innovation Research (SBIR) contract to provide support for robotics and automation. That work soon grew into multiple Phase I and II SBIR contracts to develop a tool specifically for authoring procedures, and out of these efforts, the Procedure Integrated Development Environment (PRIDE) was born.

PRIDE is a suite of software tools that assists in authoring standard operating procedures to help astronauts in operating equipment that is complex and potentially dangerous. It provides an intuitive, drag-and-drop interface for the elements of a procedure (such as what equipment is needed and how it works) that reduces the labor and tedium of assembling instructions.

Says Jeremy Frank, a group lead in the Intelligent Systems Division at Ames, “At the time that you create your procedure, you want all the information about the equipment in the procedure tool. You don’t want to have to spend time chasing down information in a reference manual just to figure out what this thing is. PRIDE takes care of that for you.”

When executing a procedure, PRIDE assists the operator with a variety of tools to simplify and streamline the process of following instructions. It can format procedures for display in any number of media, for example, so that astronauts can use what they have on hand to read them, regardless of the platform used to write them. In electronic formats, an operator can check off steps as they are performed, which can be tracked (and later audited) by others managing the mission.

NASA has turned to PRIDE for a variety of needs: In 2008 it was used to author medical procedures for the ISS. Capabilities to write procedures for EVAs were integrated in 2011, and in 2012 it powered the procedure-writing for Morpheus, a rapid prototype lander project designed to test a range of capabilities. Perhaps most importantly, NASA is using PRIDE to author procedures for the prototype electronic procedure display for the Orion Multipurpose Crew Vehicle, the spacecraft scheduled to take astronauts beyond Earth’s orbit for the first time since the Apollo Program.

NASA may have been PRIDE’s first user, but it won’t be its last: in 2013 TRACLabs announced that it was marketing its software to private industry, starting with oil companies. As Dave Kortenkamp, president of TRACLabs, says, “We recognized pretty early on that procedures are ubiquitous, and any environment where there is some level of high dynamics and risk, people want to think things through. We live in Houston, where oil and gas is a very large industry, so it was a natural next step.”

TRACLabs is now working with a number of large companies in the oil and gas industry—“names you see on gas station signs as you drive down the street,” says Kortenkamp—as well as with companies that provide services to them. The company will sell both the software and support services and is already on pace to generate millions of dollars through its entry into the market.

On oil rigs with heavy machinery, any failure to strictly follow instructions can cause disaster. “After the Deepwater Horizon oil spill in 2011, these companies want to make sure that everything they’re doing is according to best practices,” says Kortenkamp. “Part of the problem in diagnosing what went wrong was that they weren’t always sure who was doing what when. They’re serious about making sure they’re auditing procedures and keeping track of what’s being done in the field.”

Using procedures written with PRIDE, oil companies can better manage and audit oil rig operations. For example, when an expert authors procedures for a piece of drilling equipment, PRIDE captures that instruction in language the software understands. (Currently, such procedures are written in ordinary word processors.) “When the procedure is sent to the operator of that piece of equipment,” says Kortenkamp, “the operator has some training but isn’t necessarily an expert on that tool. With PRIDE, the operator can check off steps as he moves through them and use the software to branch off certain points in the procedure where there are questions that need to be answered.”

At the same time, PRIDE can draw relevant sensor data coming from the equipment and display that an appropriate context both for the operator and anyone monitoring the work remotely. Using industry-standard interfaces that are compatible with PRIDE, multiple people can use the same procedure on multiple rigs, and as they carry out their instructions, all of their interactions are stored in a remote database so that the company can review what’s happening. If an operator breaks from his or her given instructions, support software can send out alerts so that appropriate actions can be taken—whether that means halting the operation or flagging it for further review.

In the future, TRACLabs hopes to sell PRIDE in other markets, as it can easily be applied in many fields. For now, however, NASA’s early adoption of PRIDE is helping the company get a foot in the door with an industry whose difficult environments and high risks sometimes resemble those of the Space Agency’s.

“It’s widely recognized that NASA is at the cutting edge of operating complex things safely,” says Kortenkamp. “It’s something NASA is well known for. The fact that this is the direction NASA is moving for its procedures tells the oil and gas industry that it’s a direction they should be moving as well.”

Abstract
Dark, cold, and dangerous environments are plentiful in space and on Earth. To ensure safe operations in difficult surroundings, NASA relies heavily on procedures written well ahead of time. Houston-based TRACLabs Inc. worked with Ames Research Center through the SBIR program to create an electronic procedure authoring tool, now used by NASA and companies in the oil and gas industry. 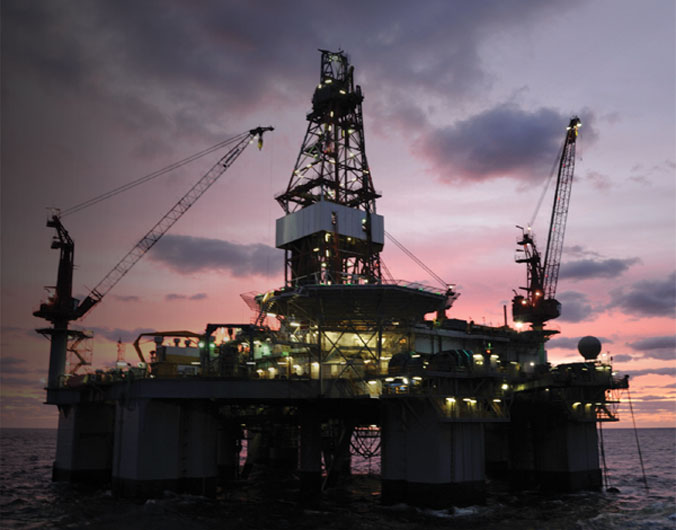 During shuttle missions to the International Space Station, procedures were printed in notebooks and carried into space. The books were large and heavy, making them expensive to launch and cumbersome to handle. Here, STS-119 commander Lee Archambault looks over procedure checklists during flight activities.