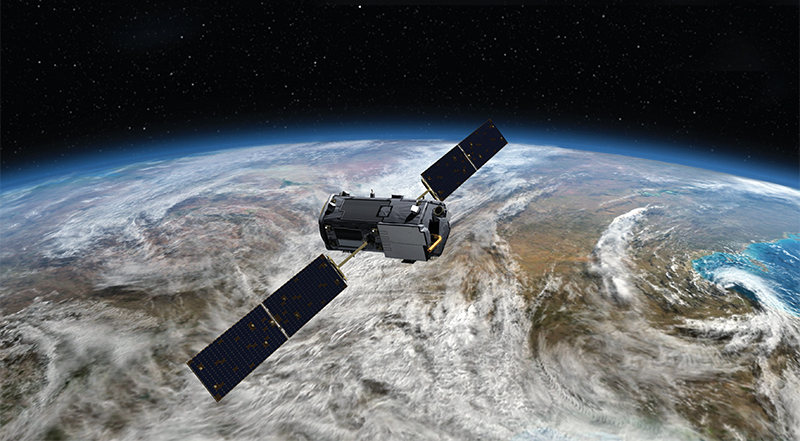 To understand climate change, we need to understand the movement of carbon, one of the planet’s most abundant resources and a building block of life that is endlessly being exchanged through people, plants, animals, oceans, land, and the air.

Geoffrey Bland, a research engineer at Goddard Space Flight Center, helps devise ways to improve the agency’s models of the carbon cycle. Carbon is everywhere, contributing to nearly 10 million different known compounds. In our atmosphere, it’s mostly present as carbon dioxide (CO2) but is also found in gases such as methane (CH4). “It’s a real puzzle,” says Bland, “to understand what is happening to carbon, and how it is potentially impacting our climate, food, and the environment. To do this, we need to understand where it is going.”

Launched in 2014, NASA’s Orbiting Carbon Observatory-2 (OCO-2) satellite is making the first space-based measurements of CO2 in Earth’s atmosphere. Such measurements will contribute to a better understanding of how increasing CO2 concentrations are affecting climate around the world. Bland explains, however, that while OCO-2 looks at the wide distribution of carbon over Earth, it will not necessarily see important small variations.

“If OCO-2 makes an observation of an area from space that has a high CO2 concentration,” he says, “then we could fly an airplane with a probe over that area to help us assess how much is coming out, where it is coming from, and where it is going.”

To construct an instrument that could be mounted on an aircraft to take measurements of the concentration and speed of gases like CO2 moving through the air, Goddard started working with Christiansburg, Virginia-based Aeroprobe Corporation through the Small Business Innovation Research (SBIR) program in 2008.

“It’s a hard thing to do,” says Bland. “One of the issues is airplane motion. The aircraft does not fly perfectly steady, so even if you have a probe that can measure the three-dimensional wind field, the airplane motion complicates the measurement.”

Working together, the partners developed and tested an instrument called the Fast Response Atmospheric Turbulence (FRAT) probe that could provide the acceleration and rate of speed of the plane that would carry it. “The electronics package can subtract the aircraft motion from the signal that it’s getting at the end of the probe,” describes Bland. “If you do this, you can more accurately assess what the undisturbed air is actually doing.”

This key innovation translated not only to improved accuracy but saved time and resources by eliminating the need to perform additional analyses accounting for the plane’s movement. A second innovation was the probe’s ability to carry, within the measurement system, a device to measure CO2, CH4, and other gas concentrations. “Those are typically separate instruments,” says Bland. “This one is very compact and you get the information right away.”

Nanci Hardwick, the CEO of Aeroprobe, says the innovation has been a significant one for the company. “In addition to being able to put electronics inside the probe, what we’ve never done before is put a different kind of sensor, like the one that measures CO2, inside the probe,” she says. “This is the novelty of our product.”

Aeroprobe is currently taking orders for the FRAT probe, and so far it has performed successfully on a small unmanned aerial vehicle from Virginia Polytechnic Institute and State University to measure gas contents, humidity, and other atmospheric thermodynamic quantities. The probe is also being tested on meteorological towers that are part of a multi-government agency effort to measure CO2: existing television, radio and cell phone towers are instrumented to sample gases and determine how the gases are moving high above the ground.

Potentially, the probe could be used by various public and private entities. In industry, for example, the probes could be employed for detecting leaks in natural gas lines or CO2 leaks from underground sequestration sites. “These probes include sensors and electronic equipment that have seen great improvements in the last few years. It is now possible to build the same probes at a fraction of the original development cost,” says Hardwick.

Bland also sees potential for the probes at the Environmental Protection Agency and the Department of Energy. For environmental research purposes, the probe could be mounted on an aircraft or tethered to balloons to measure atmospheric turbulence, and it could be useful in applications examining air quality to measure heat, water vapor, and trace gas fluxes.

Hardwick adds that researchers at the National Oceanic and Atmospheric Administration may fly the probes into developing tropical storms or hurricanes to measure wind turbulence, the size and number density of droplets, and the fluxes of momentum, humidity, and more.

The Department of Defense or the Department of Homeland Security may also consider using the technology to monitor the dispersion of pollutants or atmospheric contamination generated by potential terrorist activities, explains Hardwick. “Now that we’ve established the product and the integration of different sensors, it doesn’t have to be carbon dioxide that we’re measuring. It could be some sort of biological weapon.”

Meanwhile, Bland remains excited for NASA’s work to get a better understanding of the planet’s changing climate. Between OCO-2 in space and aircraft fitted with innovative sensors in our atmosphere, he hopes to fill in the details of NASA’s understanding of the carbon cycle. “Getting a global picture is our primary objective,” he says, “but capturing those details is a challenge too—and the FRAT probe will play an important role in doing that.”

Abstract
NASA_s Orbiting Carbon Observatory-2 satellite will make the first space-based measurements of carbon dioxide in Earth_s atmosphere. In support of the mission, Goddard Space Flight Center will fly air missions from Wallops Flight Facility to gather finer-grained data in areas of interest. Goddard started working with Blacksburg, Virginia-based Aeroprobe Corporation through the SBIR program in 2008 to develop sensors for such flights, and the company has since commercialized the resulting product. 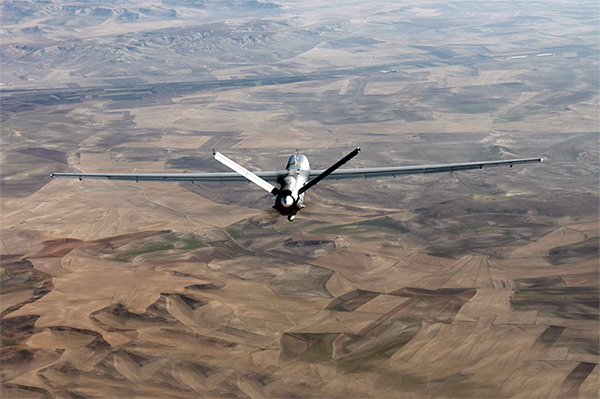 Aeroprobe’s new sensors can be employed on a variety of craft to measure atmospheric gases. The company sells fast-response sensor systems all over the world, including a recent commission by Turkish Aerospace Industries, a major manufacturer of aerospace equipment (such as the unmanned aerial vehicle pictured here) for research and military purposes.