In 2004, a team of researchers at New Mexico Highlands University (NMHU) was trying to develop a substance that would glow to indicate the presence of hydrazine, a toxic, flammable, unstable compound often used as rocket fuel. To their surprise, the first attempt did more than they’d hoped. It didn’t just react with hydrazine—it neutralized the hazardous chemical.

It took more than a dozen years and considerable investigation by NASA and others, however, before the resulting ZeenKleen product, now marketed by Marietta, Georgia-based Hydrazine Neutralizing Solutions Inc. (HNSI), began to make hydrazine cleanup and disposal cheap and easy for the Space Agency, the military, and a range of industries from power to plastics.

Since signing a 1997 Space Act Agreement with Johnson Space Center, the NMHU team, led by Professor Merritt Helvenston, had been working to improve a hydrazine-absorbing pad that Johnson’s White Sands Test Facility originally developed. Now they had enlisted the help of Rudy Martinez, an organic chemist with the Los Alamos National Laboratory who had recently started teaching at the university, and it was Martinez who hit on the formula that would later be commercialized.

The key ingredient was alpha-ketoglutaric acid (AKGA), an organic compound essential to metabolism and often used as a dietary supplement and wound-healing agent. Martinez’s interest, however, was in its molecular configuration, which appeared ideal for reacting with hydrazine. “We wanted to start with the basic structure of the AKGA molecule and modify it to make it glow,” he says.

First the team had to see how well AKGA would react with hydrazine. “We found out the reaction takes pure hydrazine and neutralizes 99 percent of it within 15 minutes,” Martinez says. “We just kind of stopped working on the detector because we had such a great neutralizer.”

Hydrazine compounds “are really awesome propellants but have a lot of operational restraints,” Davis says, noting that, as hazardous materials, their disposal is complicated and costly.

NASA has used hydrazine and its derivatives since the Gemini missions of the 1960s, primarily in smaller thrusters that adjust a spacecraft’s course or orientation. A monopropellant that combusts when exposed to a catalyst, hydrazine requires no ignition system and doesn’t need to be oxidized to power a thruster.

Kennedy, where NASA’s spacecraft are fueled before launch, uses more hydrazine than any of the Agency’s other centers, producing about 15,000 gallons of hydrazine waste per year. “We’ll have some leftover fuel at the end of a job, and it may be watered down,” Davis says. “We can’t use it for flight anymore, so we’ve got to throw it away”—a complicated procedure for a substance considered hazardous to humans at concentrations of less than one part per million.

Davis’ interest in AKGA as a promising alternative for hydrazine cleanup, from both safety and financial standpoints, prompted Kennedy to contact White Sands, where a round of testing was carried out in 2008. The study concluded that AKGA effectively neutralized both hydrazine and one of its derivatives, monomethylhydrazine (MMH), also commonly used for propulsion. Researchers confirmed that AKGA, when combined with hydrazine or MMH, yielded water and one of two pyridazinecarboxylic acids known as PCA and mPCA, respectively. These byproducts are relatively harmless and stable, and the reaction that produces them is irreversible.

Following the White Sands study, Kennedy funded a series of experiments by its support contractors and the University of Central Florida (UCF) to determine the effectiveness and ideal procedures for neutralizing hydrazine and MMH with AKGA. Testing looked for any possible health or environmental impacts of the resulting PCA and mPCA and also determined that they would not inhibit sewage treatment if properly poured down a drain.

The work came to the attention of the Air Force, which uses hydrazine in the emergency power unit of its F-16 fighter jet, among other purposes. The Cape Canaveral Air Force Station Sewage Treatment Plant partnered with Kennedy and UCF researchers to evaluate the possible impacts of disposing of PCA and mPCA through the sewer system.

Following those tests and Kennedy’s creation of procedures for disposal into the sewer, the Air Force station consulted with state and Federal environmental agencies and, in 2015, obtained permits for the center to treat hydrazine with AKGA and dump the end product down the drain.

Davis says he expects NASA will alter its regulations and procedures to make AKGA the standard for hydrazine disposal. “Instead of diluting it down to about a hundred to one and shipping it off to a hazardous waste incinerator, we can just pour it down the sink into the local sewer system,” he says. “We’re eliminating a hazardous waste stream and not paying somebody to haul away toxic waste.”

Not only are the end products safe, but PCA is marketable as a plant growth regulator, a business avenue Martinez and his colleagues plan to explore.

NASA’s testing opened the way for other Federal agencies to change their procedures as well, and the Air Force is going through an approval process to switch to AKGA.

The favorable test results coming out of Kennedy and White Sands helped prove the product’s commercial viability, and, in 2013, the university licensed its creation to Millennium Enterprises, which founded HNSI to market it, in various forms, under the name of ZeenKleen. Martinez is the business’s director of chemistry.

The company is discovering a market well beyond NASA and the military.

When he started working on hydrazine remediation, Martinez says, “as far as I knew, NASA was the only one who used hydrazine.” In reality, he says, “even when NASA was still flying the Shuttle, their use only accounted for about 5 percent of the hydrazine that’s produced annually.” The chemical is commonly used to make plastics, pesticides, and pharmaceuticals and is also essential to the power industry, where it prevents corrosion in power plant boilers.

So far, HNSI has found customers in about 10 nuclear power plants, where hydrazine is normally used in a 1 to 3 percent solution, Martinez says. In the case of a more concentrated spill, a standard industry treatment is to dilute hydrazine to about 3 percent by adding water and then use bleach to neutralize the diluted hydrazine. The treatment produces a reaction that significantly raises the temperature of the spill and still results in a hazardous materials.

“This is so much safer than using bleach to neutralize hydrazine,” Martinez says. “With our system, you can spray down an area and walk away from it for a period, and it’s no longer hydrazine. It’s a material that’s safe to put down the common drain.”

HNSI sells ZeenKleen in liquid and powder forms, as well as in pillows and pads.

Martinez says the company is eyeing the plastic and pharmaceutical industries, although he knows all too well how much effort it takes to change procedures for dealing with dangerous chemicals. “Those are tough nuts to crack, but I think word of mouth is working in our favor,” he says.

He notes that much of that favorable publicity—as well as HNSI’s founding and the military’s interest in its product—is the result of the Space Agency’s extensive testing. “NASA’s been a great partner,” he says. “They were able to do a lot of testing, and that really gave people confidence that this works.” 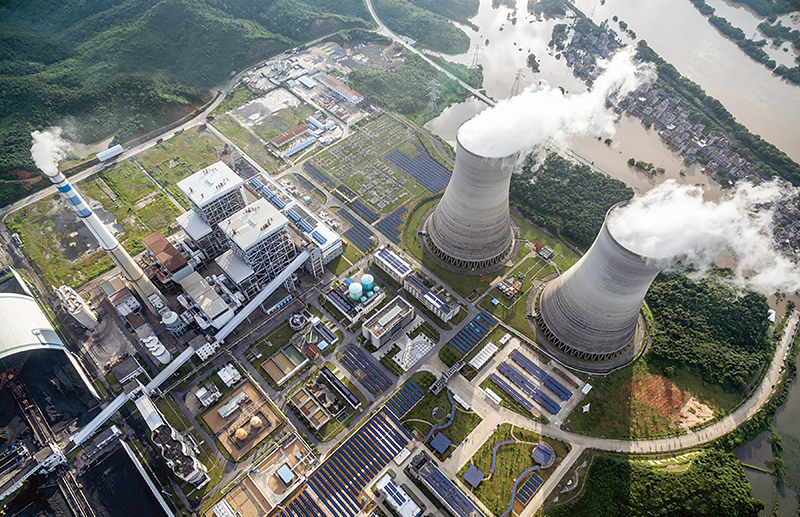 Hydrazine Neutralizing Solutions Inc., which markets AKGA-based hydrazine cleanup products as ZeenKleen, found its first customers in nuclear power plants, which use hydrazine to prevent corrosion in their boilers. 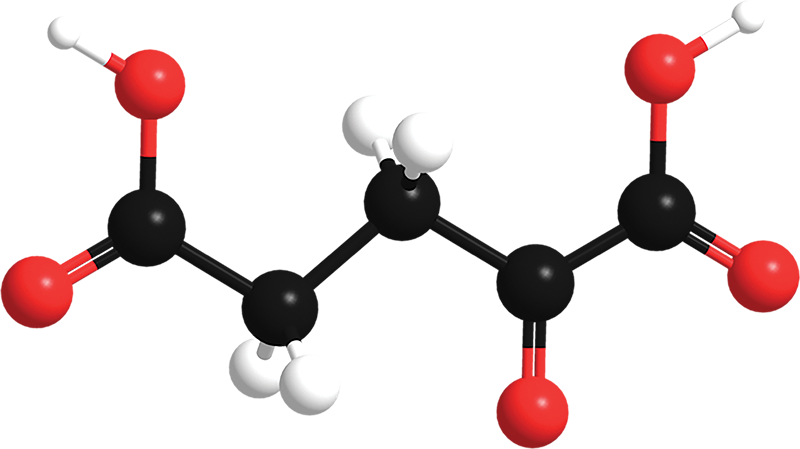 Working with a team of researchers at New Mexico Highlands University under a Space Act Agreement with Johnson Space Center, organic chemist Rudy Martinez thought the molecular configuration of alpha-ketoglutaric acid (AKGA) might make it a good identifier of the presence of hydrazine. He found instead that it relatively quickly and safely neutralized hydrazine, a toxic, flammable compound used in small spacecraft thrusters and a number of industrial processes. Image courtesy of Adam Redzikowski CC BY-SA 3.0

The Mars Atmosphere Volatility Evolution (MAVEN) propulsion system is powered by a 450-gallon tank of hydrazine. Although hazardous, hydrazine and its derivatives are efficient fuels that require no ignition or oxidation, so they are often used in secondary thrusters for large spacecraft and primary thrusters for probes and satellites. Image courtesy of Lockheed Martin