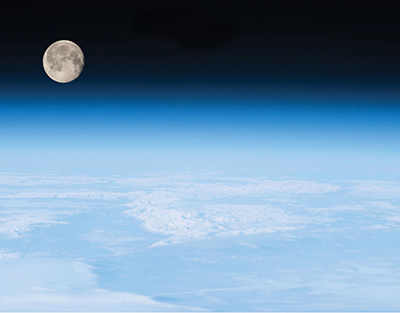 For climate scientists, the whole Earth is a laboratory. They need to observe what is happening across the entire planet over long swaths of time.

To do that, NASA operates numerous Earth-observing satellites, flies instrumented aircraft to take localized measurements, and grabs data from instruments on the ground. But these observations are intermittent: they offer many points of data but not a complete and continuous picture.

Researchers fill those gaps using complex computer models, which smooth out the data for factors like temperature, wind direction, and, one of the more complex dynamics, chemical reactions.

“The chemicals in the atmosphere all interact with each other and with light from the sun. A commonly known example is chlorofluorocarbons, which harm the ozone layer in the presence of ultraviolet light,” explains Tom Clune, a senior computational scientist at Goddard Space Flight Center. Clune used to head the Advanced Software Technology Group, which collaborates on a number of computer modeling projects, including the Goddard Earth Observing System Model, Version 5 (GEOS-5), which studies climate and weather.

Chemical reactions happen continuously—everywhere. So researchers break the atmosphere into small boxes, and, for GEOS-5, model each of around 300 reactions of around 100 different chemicals within each box, repeating the calculations with the resulting chemicals, over and over, Clune explains.

“It solves for a short period of time in each box, ignoring spatial variation, just saying, ‘If you start with these concentrations, what concentrations do you end up with at the end of that time step?’” he says.

“At the resolution we’re running, it’s about a billion of these boxes in a grid. So we have to do a billion of those, solving 100 equations in 30-minute time steps,” often until the model has data for a 30-year span.

That is very expensive in terms of processing power. NASA began using computers to help back in the 1970s, but with new microprocessors increasingly powerful and cheap, the software was due for an upgrade. The old software was not designed to take advantage of a new generation of hardware accelerators.

Clune had begun trying to work up a new solver for chemical reactions when he found out that a private company already had taken it on—and received a Small Business Innovation Research (SBIR) contract from NASA to help fund the project.

The company was Baltimore-based ParaTools Inc., and the software was Kppa, developed by John Linford. The two men met at a conference in 2014.

“Talking to him, I quickly realized that all of the things I had been planning to do, he had done already—and then some,” Clune says.

ParaTools’ SBIR contract was funded out of Ames Research Center in 2014, but Linford had been working on the problem of simulating chemical reactions with advanced computer processors for many years before that. “I started working in chemical kinetics in grad school in 2006, and I developed a prototype for Kppa,” he recalls. “After I joined ParaTools, I could see there was a real need for a co-generator for these types of problems that just wasn’t being met.”

“A lot of the tools used in weather or air quality forecasts are written in-house, at NASA or elsewhere, by domain scientists: chemists or environmental scientists who don’t have a strong background in computer science,” Linford says. But the high-end microprocessors that have come out in recent years, and which are significantly faster, are harder to program for.

“The new generation of computers are just ludicrously complicated, and it’s really asking too much for a chemist to program one.”

Linford, whose background is in computer programming with some chemistry mixed in, says he thinks researchers and programmers should work together to make the most out of the advanced computing power available.

“The real key is that Kppa provides an intermediate layer between the scientist and that architecture,” he says. “The scientist can give the inputs and the outputs for their chemical equations, and Kppa translates to the computer code. That’s where the performance really comes from. You don’t have to be an expert in programming computers, you just have to be a chemist.”

There are at least three projects at NASA that could benefit from Kppa, Clune says. One is the GEOS-5 model he works on, which needs to solve the chemical reactions to model climate and weather. A second is the Global Modeling Initiative, which has a model to forecast air quality.

The third is at the Goddard Institute for Space Studies, which could use the software for climate studies on Earth but also is interested in adapting it to study exoplanets. “The chemistry can be quite different from one planet to the next, so they want a tool that just makes it easy to say, here’s a different set of reactions, just plug that into the model,” Clune says.

The Agency is exploring whether to license Kppa from ParaTools—and NASA isn’t the only entity interested.

“The Swiss National Supercomputing Centre has used Kppa to run their national air quality reports,” Linford says. The government uses a large supercomputer to run its air quality studies, which, among other issues, runs up a hefty power bill. “So the sooner they can turn it off, the better, which means they’re very interested in a program that can reduce the run time.”

With Kppa, “they can get answers in hours instead of days,” Linford says. That’s because Kppa takes advantage of the multi-core design of modern microprocessors, which allows many operations to be carried out in tandem.

“The way it’s done traditionally, with the old tools, you have your atmosphere and you would chop it into little pieces, and each one would line up and go one at a time. And with Kppa, we can do many pieces at once.”

What’s more, “if I can simulate in an hour what I used to simulate in a day, I can make the problem bigger, make it more descriptive or the grid resolution higher, get a much better scientific answer than I could before,” Linford says.

Clune notes that NASA already had chemical kinetics software that allowed for parallel processing, but Kppa lets researchers take advantage of the most cutting-edge hardware as well as ensuring the software uses the latest mathematical solvers available.

ParaTools’ clients for Kppa include universities as well as the air quality research division of Environment and Climate Change Canada, but, says Linford, “what we’re really interested in is developing relationships where we work together to build a better technology,” customized to their particular needs.

“These systems and science become so complicated, it really takes a team to accomplish. We need chemists and engineers coupled with computer scientists to move forward.” 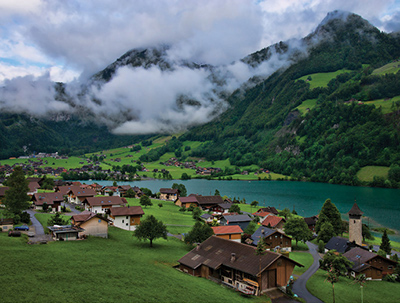 Paratools Inc., which built the Kppa chemical modeling software, now sells it to clients around the world. Switzerland, where this picture was taken, is using it to run their national air quality reports.

Simulating the many chemical reactions that occur constantly across the atmosphere is a complex task. New software designed with NASA funding is helping scientists study climate and weather.