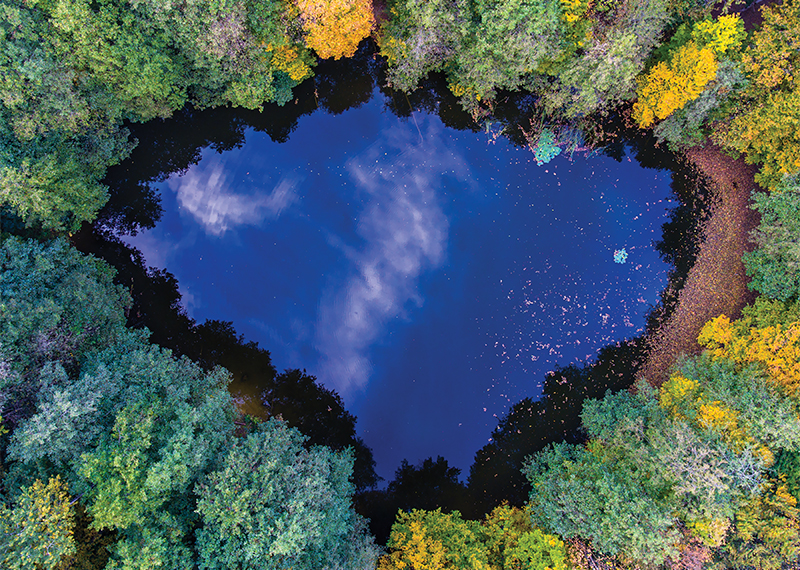 When an educational agency contacted NASA engineer Geoff Bland in 2010, wondering about a way to monitor ponds and streams where water samples were being collected, he gave what may have seemed an unconventional answer: “I said, ‘Would you be interested in flying kites?’” he recalls.

Wayne Regional Educational Service Agency (RESA), which supports schools in Wayne County, just outside Detroit, had students comparing water quality in Michigan’s Upper Peninsula with the rest of the state. It had occurred to someone, though, that conditions at the water collection sites weren’t being monitored. “We wondered, is there some way to put up cameras and take pictures of the study sites?” says David Bydlowski, science consultant for Wayne RESA.

So the group had applied for and been granted a small NASA Cooperative Agreement Notice (CAN) award to explore options. Organizers had no idea Wayne RESA was about to be at the center of a project involving a multitude of organizations across the country, from Fairbanks, Alaska, to the Chesapeake Bay.

Through a series of contacts, the group ended up in touch with Bland, who works in the Earth Science Field Support Office at Goddard Space Flight Center’s Wallops Flight Facility. Bland had worked on other educational programs that incorporated remote sensing and Earth-observation data, and he had also recently invented a new, low-cost, easy-to-use device for keeping cameras and other sensors in the air.

Bland has been involved with aerial imaging since the 1990s, when he led the creation of the first small electrically propelled drone to be outfitted with scientific research sensors. Interested in simpler, cheaper solutions, he looked to kites but found that the traditional tool to stabilize a camera on a windblown kite didn’t provide the stability he needed and tended to get tangled. So he and NASA technician Ted Miles built something better.

Their AeroPod device is aerodynamically stabilized and is not attached directly to the kite but to a line that hangs from a ring suspended between ball bearing swivels on two segments of kite string. It was patented in 2012.

AeroPods can be equipped with the same sensors commonly flown on drones and require far less training. “You can take somebody who’s never flown anything and have them taking data with a set of sensors after a day of training,” Bland says. They also never run out of power.

Wayne RESA’s leadership, with Bland’s collaboration, ultimately came up with the Investigating Climate Change and Remote Sensing (ICCARS) Project, which was piloted in 2010. It was much more ambitious than the original plan to monitor water quality test sites.

The team developed 60 lesson plans for middle and high school students, some intended as classroom course material and some as extracurricular activities. The program uses AeroPod-gathered Earth-imaging data to understand the science of climate change and its relationship to changes in land use and land cover.

To license the AeroPod technology at no cost, the Goddard Strategic Partnerships Office created a new educational license that requires feedback rather than monetary payment. “If end users want to develop their own AeroPod, that’s absolutely all right, as long as they tell us what they like and don’t like about it,” Bland says. Licensers also must share any data that’s of interest to NASA and any of their own advancements to the technology.

Bydlowski, who became the science lead for ICCARS, says organizers wanted students to understand the parallel between what they were doing with imagers on kites and what NASA does with its many Earth-imaging satellites. “We’re collecting data from the ground, and if we collect data day after day like a satellite does, we can start to draw some conclusions,” he says.

Aerial images taken in the visible and near-infrared spectra indicate the health of crops, so participants might analyze imagery collected in their community with AeroPods to determine biomass and predict crop yields. They could then look for relationships between crop growth and factors like temperature changes.

The program provides customized handheld field data collectors with a software package for processing images, pinpointing locations with GPS, and transmitting data back to the classroom. Students share data with the ICCARS community through the project’s online portal, and they share it with the world through the Global Learning and Observations to Benefit the Environment (GLOBE) Program, an international school-based science and education program.

After the two-year CAN funding expired, Wayne RESA continued its ICCARS work, and in 2016, NASA granted the agency a five-year CAN award to expand the program into what’s now known as the AEROKATS and ROVER Education Network (AREN). AEROKATS, or Advanced Earth Research Observation Kites and Atmospheric and Terrestrial Sensors, refers mainly to the kite-based AeroPod portion of the program, while ROVER introduces the Remotely Operated Vehicle for Education and Research, a remote-controlled watercraft for collecting water data. The ROVER series of in-water measurement systems were also developed at Wallops by Bland and Miles, in collaboration with the University of Maryland Eastern Shore (UMES).

Along the way, several partners have joined in as co-investigators or collaborators on AREN, with Wayne RESA as the lead institution. The University of South Florida has developed an engineering mentoring program for middle school students, designing and building ROVERs, while the University of Alaska, Fairbanks, is rolling aspects of the project into an educational program studying the warming Arctic. The Chesapeake Bay Environmental Center is helping to develop equipment and operations. Goddard and UMES continue to work together on developing and implementing these educational tools, and new partnerships also include Anasphere Inc., Montana State University, Public Lab, and Washington College.

What has made ICCARS and now AREN so popular and effective is that students are getting out in the field, collecting real-world data, and coming up with their own questions to answer with that data, rather than having information and questions fed to them in the classroom, Bydlowski says.

All the while, Bland says, he’s made sure the Space Agency’s rigorous operations procedures are part of the curriculum. Like a rocket launch, each flight or mission is a team effort in which all participants have specific roles, checklists are developed and followed, risks are assessed and mitigated, and operations are preceded and followed by comprehensive briefings.

Bland says students who participate in the programs end up better equipped to work with aviation and develop scientific research projects.

Project leaders are still gathering data to quantify the programs’ success, but Bydlowski notes that first and second place in the 2016 Midwest Regional Science Fair went to students who had participated in ICCARS, as did first place in the 2013 international GLOBE Student Research Exhibition.

It’s impossible to know how many students have learned new skills from the programs, but 31 schools in Wayne County participate, while countless students and teachers from coast to coast have also gotten involved.

Bland says he wants the program to improve the quality of future science and bolster NASA’s ranks. “I hope the young people participating today turn into the next generation of NASA engineers, scientists, professionals, and support staff, people who will help us continue to understand our own planet and explore the universe,” he says.

“And, hopefully, the program is fun, too.” 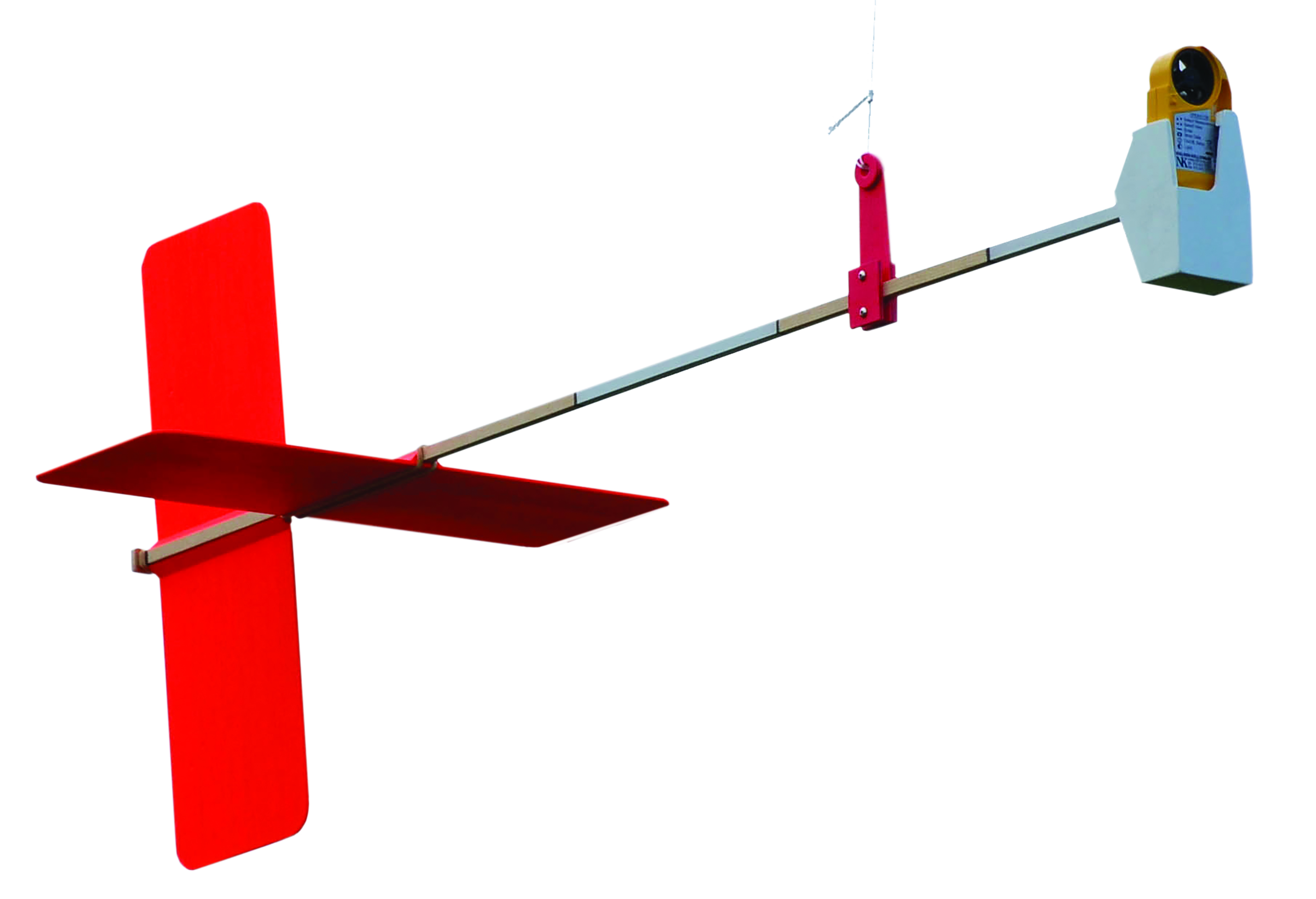 AeroPods, invented at Goddard Space Flight Center’s Wallops Flight Facility, can be outfitted with various sensors for aerial imaging and are aerodynamically stabilized, designed to hang from kite string as a simple, low-cost alternative to drone imaging. 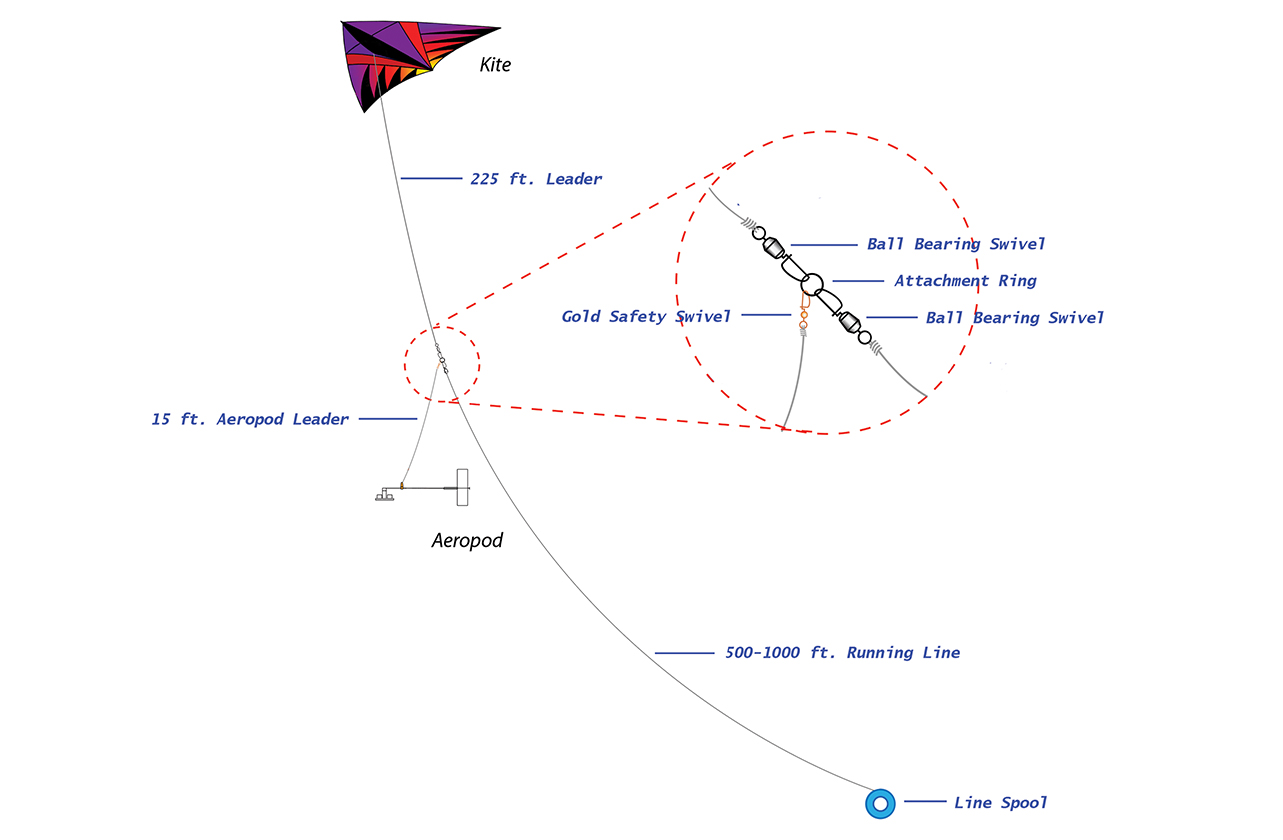 Hanging from a ring suspended between ball bearing swivels on two segments of kite string, an AeroPod is a more effective means of stabilizing a kite-borne imager than previous methods such as Picavet mounts.

The Investigating Climate Change and Remote Sensing project, which came to involve schools and organizations across the country, began with one educational agency serving a county in Michigan and its interest in aerial imaging to monitor conditions at ponds and streams where water samples were being collected.