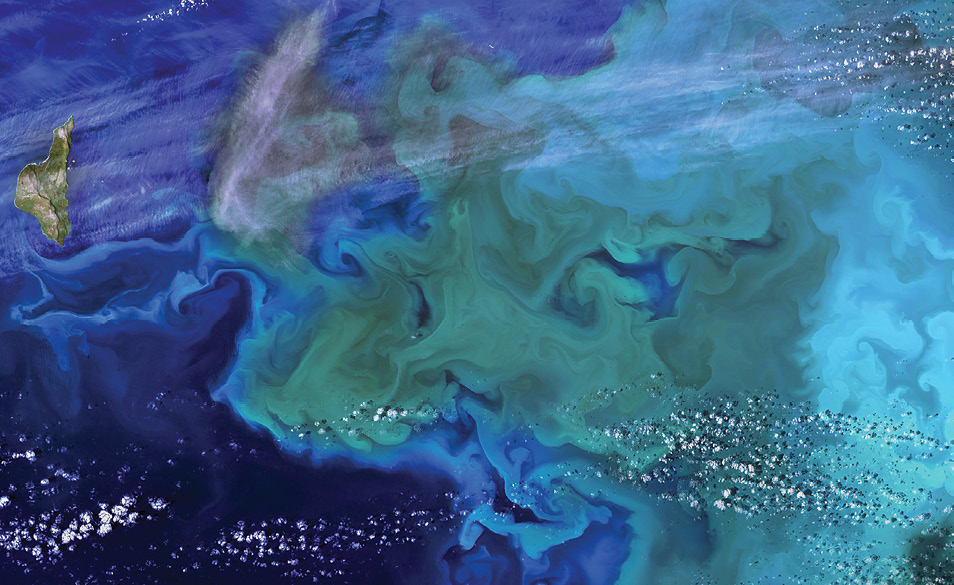 NASA has many researchers focused on the carbon cycle on Earth—and how it contributes to climate change—but the Space Agency has also spent plenty of time delving into what to do with excess carbon in the closed environment of a spacecraft. Now, thanks to an innovative start-up, that life-support research could provide part of the solution to Earth’s climate problems, too.

As far back as the 1960s, even before Neil Armstrong stepped on the Moon, NASA was envisioning missions deeper into space. And for just as long, the Agency has known it needed “life-support systems that minimize as much as possible the expendable materials carried in the spacecraft,” Lockheed Missiles and Space Company’s R. B. Jagow and R. S. Thomas wrote in a paper from a 1966 report published by Ames Research Center.

Among other challenges, any life-support system needed to find a way to make good use of the waste products the astronauts would produce. As that same report noted, “metabolic wastes—mainly evaporative water loss, urine, utility water, expired carbon dioxide, and feces—amount to 10 to 14 pounds per man per day. For a 10-man, three-year mission, this amounts to over 100,000 pounds without considering the weight of containers.”

The 1966 report, titled “The Closed Life-Support System,” devoted nine chapters, each written by a different team of researchers, to studying various options for and challenges in taking waste products and turning them into breathable air, clean water, and food. One of the most promising, both for its high efficiency in recycling carbon dioxide (CO²) into useable by-products and for its low power and space requirements, relied on hydrogen-fixing bacteria, focusing particular study on a genus of bacteria called Hydrogenomonas.

“First hydrogen and oxygen are combined to obtain energy; then (CO²) is reduced to form cell material,” Jagow and Thomas explain. Unlike algal and other plant systems that require light for photosynthesis, the bacteria could grow in the dark. That, along with its higher use of (CO²) than algal systems, meant it was up to 15 times more efficient overall.

The report notes that NASA had already studied Hydrogenomonas for three years, in part to work on maintaining a continuous, high growth rate operating at the highest efficiency. A chapter by John F. Foster and John H. Litchfield of the Battelle Memorial Institute notes that further research into continuous cultures was needed but says it “should then be possible to maintain continuous cultures at high efficiencies for very long periods of time.”

Although NASA has yet to send any astronauts on any years-long missions without resupply, the work the Agency did to advance life-support systems has inspired some entrepreneurs right here on Earth.

Earth is much larger than a spaceship, of course, but it is ultimately still a closed system, and like on that theoretical space journey NASA was working on all those years ago, accumulated (CO²) is a growing problem.

It was with this in mind that Lisa Dyson and John Reed, cofounders of San Francisco Bay area-based Kiverdi, came across the NASA research on life support in 2008. “We were very interested in developing technical solutions that would help us combat climate change,” Dyson recalls, and “we thought the idea to use microbes that grow in the dark on carbon dioxide, with higher efficiency, and using minimal space, was a great idea.”

Dyson cites the 1966 report, along with additional NASA-funded studies published in 1968 and 1974, as influential on her and Reed. “What we did at Kiverdi was pick up where they left off,” says Dyson. “Since that time there have been so many advances in biotechnology, we asked the question: can we apply modern tools of biotechnology to this old research? We happily discovered it was possible. We have really leveraged a lot of that NASA work.”

Kiverdi relies on microorganisms to convert (CO²), along with other simple mineral nutrients and gases, into raw materials for everyday products, such as food, clothes, personal care items, industrial goods, and, ultimately, biofuels, Dyson explains.

Basically, they mix the (CO²) and other ingredients into a large vat, where the gases are consumed by microorganisms, which grow and produce proteins and oils. “You can think about the process as being similar to brewing beer, but instead of making alcohol with yeast and sugar, we are brewing, for instance, oils and proteins with carbon dioxide, water, and, in some cases, renewable energy,” Dyson explains.

The proteins and oils can be used in a variety of industries, she notes, from feed for fish farms to a substitute for palm oil in anything from soap to ice cream. And not only does the production use up waste products like (CO²), but the process is far more efficient than traditional agriculture that produces soybeans for fish feed or palm trees for palm oil.

Both palm oil and soybeans have become so ubiquitous that the efforts to grow them have huge environmental impacts. Palm oil, for example, is now the world’s most common vegetable oil—and one of the primary drivers of deforestation, as farmers clear acres upon acres of tropical forests, largely in Indonesia and Malaysia, to produce it. Likewise, millions of acres in Latin America and around the world have been cleared to make way for industrial soybean agriculture, which also uses heavy-duty pesticides and fertilizers.

Currently, Kiverdi’s products include a high-protein, high-nutrient flour and PALM+, a sustainably produced palm oil alternative, but the company has plans to increase its offerings, based on where it sees a need. The company has won three grants from the Department of Energy, including a $2 million award in 2015, as well as funding from the California Energy Commission and the state of Iowa, to further work on its processes to generate hydrocarbons with bacteria, and in 2017, it received additional funding as part of the Valorisation Carbone Québec project.

“We believe our solution can address a number of problems simultaneously, including a lack of beneficial uses for (CO²) and a lack of sustainable high-protein sources to meet the demands of a growing world population,” Dyson says.

With the world population set to reach 10 billion by around 2050, current methods of growing food are likely to be insufficient, she explains, and the “green revolution” that has enabled agriculture to scale up so much in recent decades is reaching its limits.

Much like the NASA life-support studies concluded 50 years ago, Dyson says, “we need alternatives that require less land and water while still enabling us to create crops that feed people and power industry.” One answer that seemed promising for missions into space was hydrogen-fixing bacteria. Dyson thinks the same answer applies here on Earth.

Abstract
Palm oil, found in everything from soap to ice cream, is also a key driver of deforestation. Likewise, soybeans provide protein for fish and livestock but only at huge environmental cost. Now, San Francisco Bay Area-based Kiverdi offers a sustainable alternative: proteins and oils produced by bacteria—with a process based on early life-support studies for deep-space missions published by Ames Research Center. As the researchers discovered in the 1960s, the process is not only far more efficient than traditional agriculture but also captures, and transforms, excess carbon dioxide. 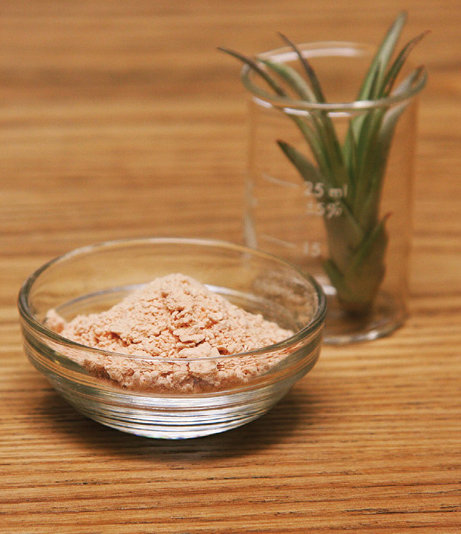 Kiverdi, after studying research and reports from NASA, developed a process using microorganisms to capture carbon dioxide and create useful oils and proteins. These by-products can reduce excess CO² in the atmosphere, while also decreasing the environmental impact of producing ingredients like palm oil, which is a leading cause of deforestation.

This Landsat snapshot, of a phytoplankton bloom off the coast of Alaska, offers a glimpse of Earth’s life-support system. Microorganisms, like phytoplankton, take carbon dioxide (CO²) and turn it into something else—in this case, oxygen and food for marine wildlife. NASA research has studied how to harness these natural processes to improve conditions for astronauts on long-duration space missions.