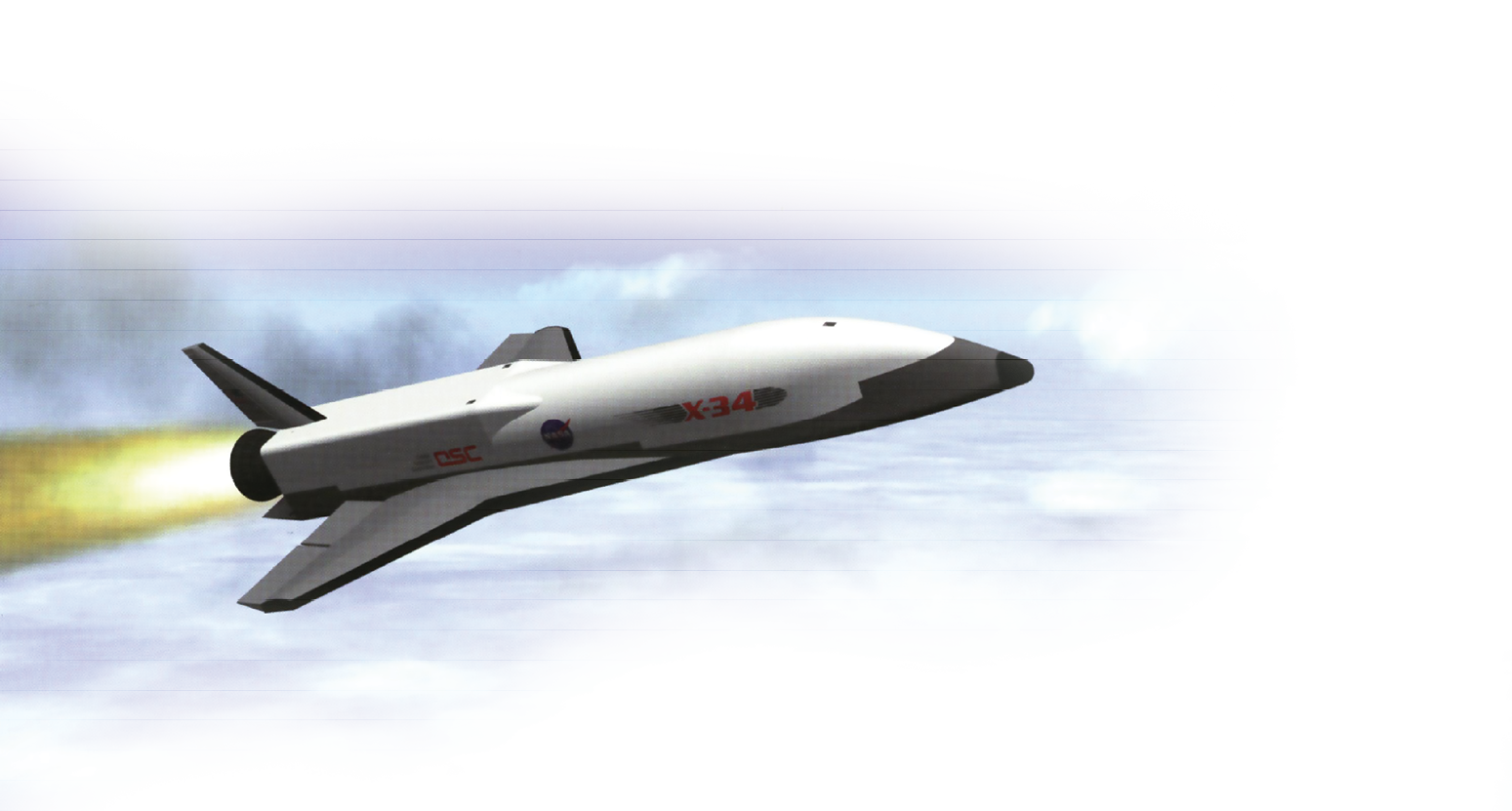 It’s no surprise that the experimental X-Plane Program has led to improvements in commercial flight, but the program also produces breakthroughs in other fields entirely. Without even leaving the ground, the X-33 and X-34 aircraft sparked the development of a high-heat coating that has helped industrial plants save money and cut down on harmful emissions.

X-Planes, experimental aircraft usually built by NASA or its predecessor, the National Advisory Committee for Aeronautics, together with the U.S. Air Force, routinely test new ideas and overcome new problems.

The X-33 and X-34 were planned prototypes for commercial high-speed spaceplanes that would fly up to 15 times the speed of sound. At such high speeds, these planes would require thermal protection systems even more advanced than what was used on the Space Shuttles. In preparation for what would come to be known as the Reusable Launch Vehicle Program, scientists at Ames Research Center set out to address the problem in the early 1990s.

They needed a flexible coating that could withstand temperatures up to 3,000 °F, nearly double the maximum temperature rating of the Shuttle’s flexible coating, the Advanced Flexible Reusable Surface Insulation (AFRSI), which became unstable at 1,800 °F. The spaceplanes also required a coating that was lightweight and durable, wouldn’t release organic compounds, and could be used as a high-temperature adhesive.

The Ames researchers found that by mixing the two forms of silicon that make up the AFRSI coating with one or more emissivity agents—preferably silicon hexaboride—they got a coating that met all their criteria.

Dubbed Protective Coating for Ceramic Materials (PCCM), the result was paper-thin and highly stable, weighed little, and was excellent at emitting heat from the ceramic fiber insulation it coated, preventing the thermal protection system from combusting under extreme temperatures.

Ames patented PCCM and licensed it exclusively to Wessex Inc., now Emisshield Inc., of Blacksburg, Virginia. The company adapted it for metals, gave it a much longer shelf life, and made it easier to spray onto surfaces, first selling PCCM-based coatings to building material manufacturers for fireproofing (Spinoff 2001). Soon its Emisshield line was coating high-heat race car parts, where it increased both horsepower and fuel mileage, and the company began to look at industrial applications like refractories, kilns, boilers, and furnaces (Spinoff 2004).

By 2016, Emisshield coatings could be found in a range of high-heat industrial applications (Spinoff 2011), as well as in consumer goods like a line of clothing (Spinoff 2016), and the company was working to extend its reach into food production equipment and solar concentrators.

Emisshield has now firmly entrenched itself in a wide range of industrial applications, where the company has focused its energy in recent years, expanding its product line to about 40 different coatings and partnering with a number of original equipment manufacturers. In these applications, the coatings generally improve efficiency—which reduces costs and greenhouse gas emissions­—and extend systems’ lifespans.

As major corporations have become more focused on sustainable practices, especially in Europe, where governments are tightening restrictions on emissions, the coatings have attracted more interest, says Justin Jackovic, director of marketing at Emisshield. Rather than just convincing a plant manager to coat a particular incinerator, say, to reduce down time, Emisshield now persuades a vice president of sustainability that the company can meet its environmental goals by applying the coatings across multiple processes and facilities, he explains.

“Presenting our expanded knowledge of high-emissivity materials to corporate sustainability boards has led to an understanding of Emisshield’s substantial effect in reducing a process’s carbon emissions. We’re talking millions and millions of dollars these companies are saving, and that correlates with reduced emissions.”

He estimates Emisshield products are in twice as many industrial plants now as they were just a couple of years ago, including more than 150 glass plants, 50 to 100 petrochemical plants, and nearly 200 iron- and steel-producing facilities. But they’re also being applied much more extensively throughout each of these.

As it worked its way into more industries, the company continued to develop new formulas for different environments and applications. It altered the binders in coatings to expand the range of substrates it can be applied to and increased its abrasion-resistant properties. It also continued to improve emissivity, or the ability to emit heat radiation, which is key to the coatings’ functionality. In a furnace, for example, it makes the heating element more efficient. Applications to furnace walls increase the ability of radiant and convective energy from the burners and hot furnace gases to be absorbed at the surface of the coating and re-radiated to the cooler furnace load. This property is measured on a scale of 0 to 1, and Emisshield coatings can now achieve up to 0.98 emissivity.

And as more customers stopped replacing their systems as often, the coatings came to the attention of equipment manufacturers, some of which now partner with Emisshield to coat their products during the manufacturing process.

“Our equipment-manufacturing partners work to bring innovative products to their customers and put their competitors out of business,” says John Olver, owner of Emisshield. He says a lot of his company’s recent success has come as more and more of these manufacturers realize that the use of high-emissivity composite materials throughout industrial processes brings multiple benefits, reducing emissions by improving performance. “Ten years ago, if you made this pitch at a petrochemical plant, they looked at you cross-eyed,” Olver says.

For example, he says, a glass plant furnace coated with an Emisshield product will save 7 to 12 percent on energy, with correlating reductions in cost and emissions. But the cost savings continue to grow as the coating also makes the furnace last up to twice as long.

Or in the baking industry—which Emisshield broke into, for example, with a company that produces cookies and crackers in Europe and Turkey—an Emisshield-coated oven cooks the products twice as fast. “An equipment manufacturer can make an oven half the size, sell it for the same capacity, and undercut his competitor,” Olver says.

Around 2016, a Dutch manufacturing partner got Emisshield involved with a European project called Integrated Model-Guided Process Optimization of Steam Cracking Furnaces (IMPROOF), led by Ghent University in Belgium. The project aims to drastically improve energy efficiency in steam cracking furnaces and reduce their greenhouse gas and nitrogen oxide emissions by 25 percent. Emisshield’s selection led to a $9.1 million grant, authorized by the European Commission.

Steam cracking, which uses steam and a flash of extreme heat to break large, saturated hydrocarbons into smaller, more useful ones, is the chemical industry’s most energy-consuming process. The two coatings Emisshield developed for the project represent one of several solutions participants are proposing to modernize the process.

Applied to the radiant coils and furnace walls, the coatings are expected to reduce energy consumption and emissions by 15 percent or more.

They’re also expected to spread heat more evenly, reducing the hot spots that accelerate coking, a form of carbon buildup, which degrades heat-transfer efficiency. A steam cracking furnace typically has to shut down every 30 to 60 days for decoking. “During the decoking cycle, the unit is unproductive, causing undue degradation to the equipment,” says Jackovic. “It’s also a huge hindrance as far as how much it costs.”

IMPROOF plans to demonstrate its technology in 2020, and Jackovic says testing so far has met expectations and confirmed the company’s own marketing claims.

Meanwhile, the company continues to seek out new markets. GE and Siemens have taken out patents for using Emisshield coatings on jet engine turbines, which enables an engine to run hotter and achieve the performance of a larger model. And a major inefficiency in the power grid is energy lost from high-voltage power lines in the form of heat, says Olver, noting that the company experimented with coating one. “It reduced the temperature by 30 percent, which means it’s carrying 30 percent more power.” While it seems like an obvious improvement, he says, he foresees another battle to get an industry to change. After all, he’s still trying to break into the equally obvious solar concentrator business.

“I don’t think we’re done yet. We have ongoing R&D,” says Olver. “I’d say we’re about 30 to 40 percent into the final expansion of this technology.” 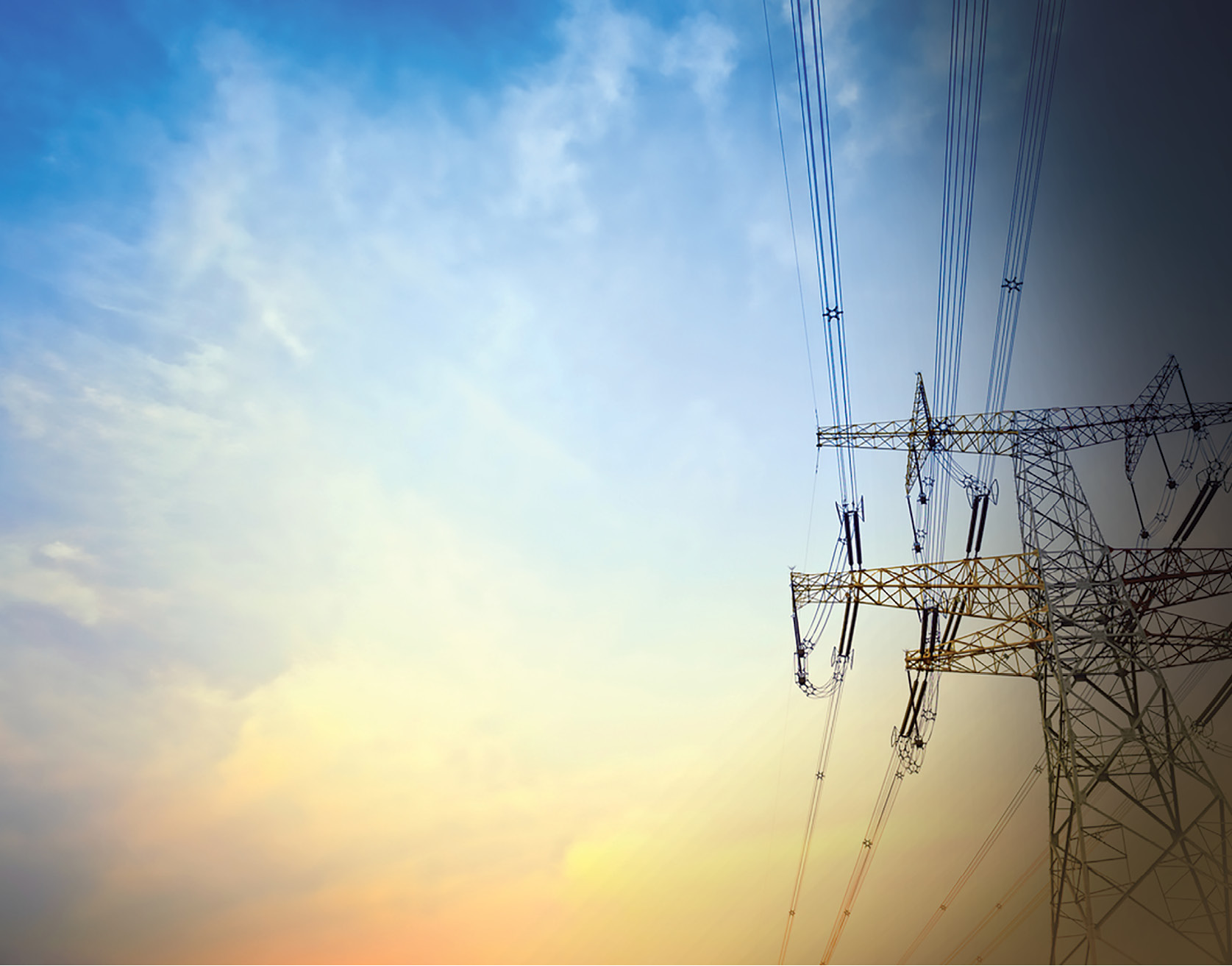 A major inefficiency in the power grid is energy lost from high-voltage power lines in the form of heat. Emisshield recently experimented with coating these lines with its products and found a 30 percent reduction in heat and energy loss. With such new applications continuing to emerge, the company estimates it hasn’t covered even half the potential market for its NASA-based coatings. 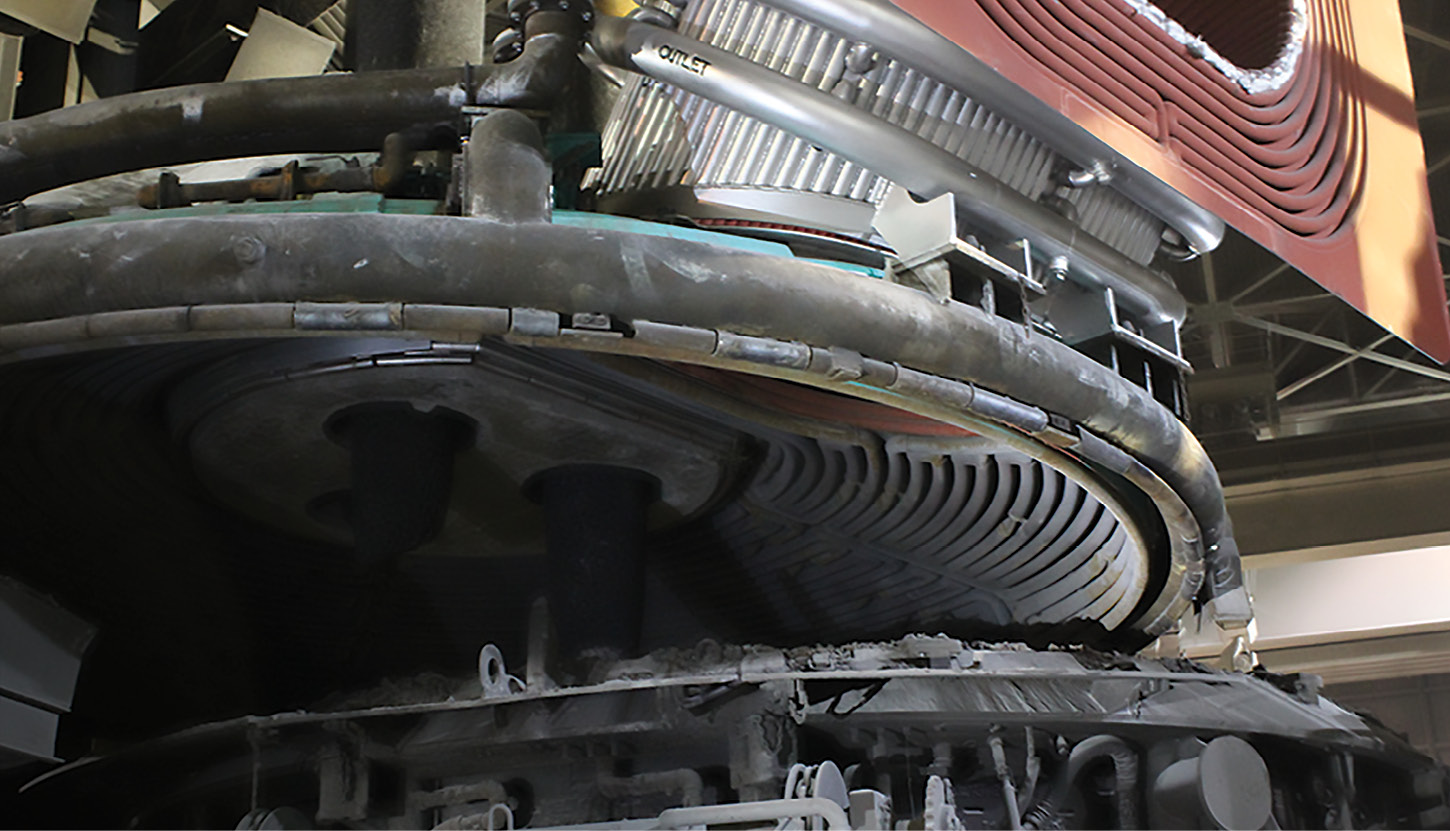 Wessex Inc., now Emisshield Inc., licensed NASA’s PCCM thermal protective coating and modified it for various industrial uses, where it saves energy and extends the lifespan of systems and components. The Monterrey, Mexico-based company Melter manufactures electric arc furnaces like this one, for iron and steel recycling, pre-coated with PCCM-based Emisshield products.

The planned X-33 and X-34 experimental spaceplanes, which would fly at up to 15 times the speed of sound, required even more robust thermal protection systems than existing spacecraft. Ames Research Center scientists responded by creating the flexible, paper-thin, highly emissive Protective Coating for Ceramic Materials (PCCM), capable of withstanding temperatures up to 3,000 °F.