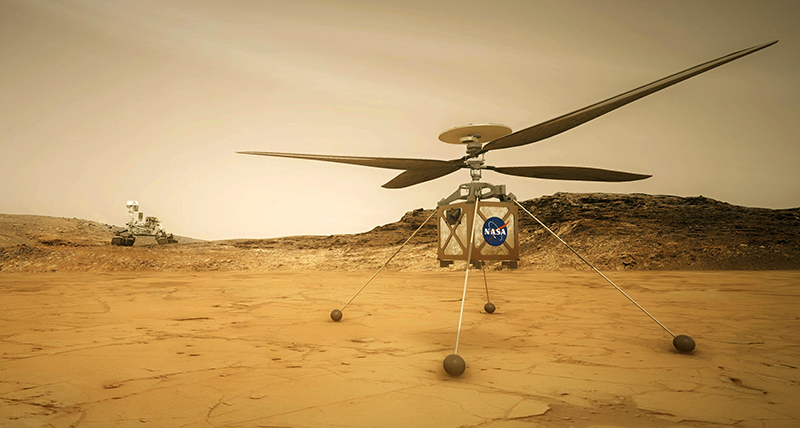 There’s a reason people talk about a “bird’s-eye view” and “as the crow flies”: flying allows access and a perspective you just can’t get with feet planted firmly on the ground. Now, thanks to advances in autonomous flight and the shrinking of all kinds of sophisticated electronics from computer chips to batteries, the bird’s-eye view is becoming more widely accessible for farmers—and, for the first time ever, on Mars.

The first Mars spacecraft reached the Red Planet in 1965, and the first landers touched down just over a decade later. NASA has been exploring our nearest planetary neighbor from the surface and from orbit ever since.

But in those 50-plus years, there has never been an aircraft on Mars—for good reason. “First of all,” explains MiMi Aung, project manager for Mars Helicopter at the Jet Propulsion Laboratory (JPL), “the atmosphere at Mars, is very, very thin. Compared to Earth, it’s less than 1 percent.”

That means there’s almost no air to lift up an aircraft’s wings or rotors. And although a JPL principal engineer, J. Bob Balaram, proved in the 1990s it was theoretically possible to fly on Mars, the technology simply didn’t exist at the time to accomplish it, Aung says.

“The thing about flying somewhere with so little atmosphere,” she explains, “is that rotors have to spin very fast.” At the same time, however, the aircraft has to be incredibly, extremely lightweight. There simply weren’t light enough batteries able to power such fast rotors, let alone computer boards, solar cells, onboard sensors and everything else.

But in 2012, JPL revisited the question. By then, autonomous drones were advancing rapidly, and the center’s then-director Charles Elachi asked, “Why aren’t we flying on Mars?” The benefits for science on Mars would be extensive. Drones would enable exploration of areas, such as deep in volcanoes, that can’t be driven to. And they could provide wide-area imaging at much higher definition than can be done from orbit.

A team was formed to study the question, and by 2014, they had built and demonstrated a small-scale prototype that was able to lift off in a near-vacuum chamber simulating the Martian atmosphere.

Fast-forward six years and a great deal of additional development and engineering, and the first Mars helicopter is now ready to catch a ride on the Mars 2020 mission and demonstrate the first flights on another planet.

“This is like a Wright brothers’ moment, but on a another planet” says Aung.

The launch-ready helicopter was built by 2017 and successfully flight tested in 2018, says Aung, who led the project. It features nearly four-foot-long rotors that must spin between 2,300 and 2,900 revolutions per minute, solar panels to recharge the battery, and a thermal management system to keep it from freezing in the frigid Martian nighttime. The vehicle also sports a camera, a communications system to send back images and vehicle health data, sensors and control systems, and landing gear.

And all together, the entire vehicle weighs just under four pounds.

Aung says building so many systems into such a small package was a monumental challenge—the whole team cheered when they put the completed vehicle on a scale.

To build several of the critical systems, JPL turned to AeroVironment, which had worked with NASA previously and, explains Aung, “were known experts on high-altitude aerial vehicles.”

The Los Angeles-area company designed and delivered a complete rotor system meeting the size, weight, and stiffness requirements imposed by NASA, ensuring it would also be compatible with the control system JPL was building in-house. The company also delivered the landing gear, as well as the solar panels. “And again, all design considerations had to be designed jointly. We worked very closely,” Aung says.

In fact, AeroVironment had previously worked with NASA on several (Earth-based) high-altitude, solar-powered unmanned vehicles, starting in the 1990s, including Pathfinder, Centurion, Helios, and Pathfinder Plus. “Each one of these was successively larger and capable of flying at a higher altitude for longer,” explains Steve Gitlin, AeroVironment’s chief marketing officer. In 2001, Helios smashed records for highest-altitude flights, beating both the previous records for a propeller-driven craft and a jet-powered craft, and reaching over 96,000 feet.

That altitude is significant, because just a few thousand feet higher and the atmosphere thins all the way to the 1 percent of sea-level Earth atmosphere found at ground level on Mars. “Developing technology that enables flight and propulsion at 100,000 feet made us uniquely capable of applying it towards generating lifts in Mars’ atmosphere,” Gitlin says.

But the expertise built during these high-altitude projects applies to other situations as well, he emphasizes. “Everything we’ve done, including our work developing solar-powered unmanned airplanes, all contributes to a body of knowledge, of expertise and intellectual property that enables us to solve these really hard problems.”

Among other things, the company has worked to ensure its products work reliably in extremely tough conditions, whether flying in the stratosphere, on Mars, or over a field. NASA’s requirements for ruggedness “certainly taught us much about reliability in harsh environments, which serves our customers in the military and on the farm,” Gitlin says.

After a few clicks on a tablet, four rotors start spinning on what looks like a little model airplane, pointed nose-up on the ground. The drone lifts straight up, and when it’s about 100 feet above the ground, it turns onto its side, and the wings take over. The drone circles even higher until it’s just a distant speck in the sky and then begins making sweeping passes, row by row, until it’s covered the whole area that was outlined on the tablet. It comes back to where it started, first circling lower and lower and eventually flipping vertical again to land softly.

The drone is called Quantix, says Gitlin, and its job is to scan the crops with two high-resolution cameras, one in color and the other using different spectra to identify different plant health issues. “At the end of the mission, all these images are arranged in geo-referenced fashion, so they form a high-quality composite image of the field. When you see an anomaly, you can determine the exact GPS location,” he explains.

The goal is to give farmers more detailed information about their crops to help them make better decisions. “Over the last 150 years, as farms have gotten bigger and bigger, the level of intimacy between farmer and field has diminished. A farmer can’t walk every foot of a 1,000-acre farm,” says Gitlin. That’s where a bird’s-eye view can come in handy.

The company started delivering Quantix to farmers in mid-2018, and the success stories are already coming in. One walnut farmer in central California, who grows some 2,500 trees across 40 acres, scanned his orchard and saw that the trees on the northern end were not thriving as well as the ones on the southern part of the orchard. He knew the soil there was sandier, but the images and data showed him the sandy soil was more extensive than he had thought. “Based on the data, the farmer made some changes to how that area was irrigated, how nutrients were delivered, and even how the fruits were protected from the sun.”

The impact was clear, Gitlin says. “The next growing season, he was able to increase yield by over $50,000—in one season.”

Quantix may not be flying on Mars or even in Earth’s stratosphere, but Gitlin says the legacy of the NASA work AeroVironment has done benefited the drone’s development significantly, from ensuring it was rugged enough to work in the dusty, moist, sunny conditions on a farm, to automating it so it would fly without a skilled pilot-operator, and perfecting the vertical takeoff.

“Our people, and our company, love working on these very difficult projects,” says Gitlin. “Working with NASA challenges us even further to develop solutions that have never existed before.” 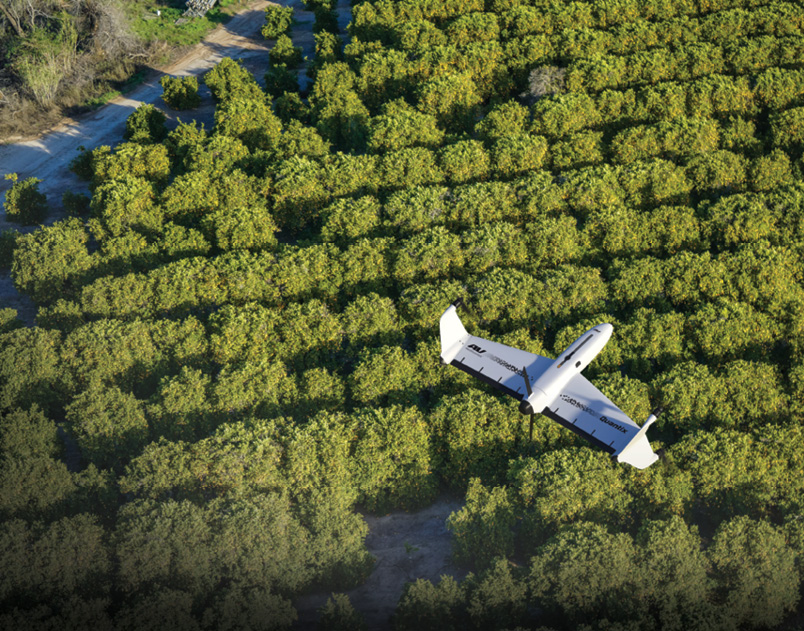 Quantix launches vertically, but then turns on its side to let the wings take over. It makes sweeping passes over a field or orchard, autonomously following boundaries the farmer draws using the app. 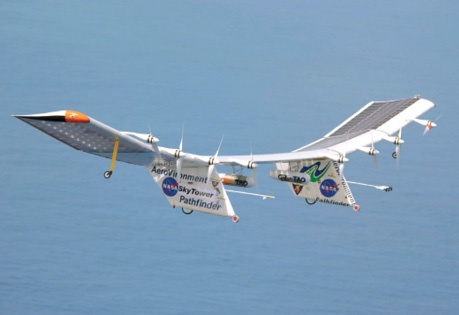 To build the Mars helicopter’s rotors, landing gear, and solar panels, the Jet Propulsion Laboratory team turned to a company called AeroVironment, which had built up expertise in thin-atmosphere flight while working with NASA on several high-altitude, solar-powered unmanned vehicles. One, the Pathfinder Plus, is seen here during a 1998 test flight over Hawaii. 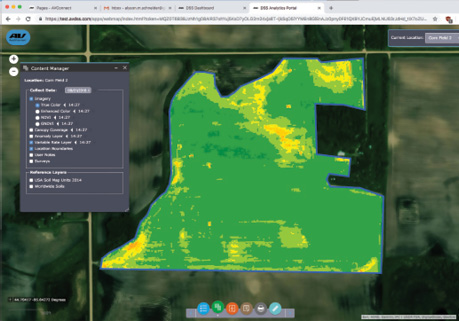 Quantix launches vertically, but then turns on its side to let the wings take over. It makes sweeping passes over a field or orchard, autonomously following boundaries the farmer draws using the app.

When the Mars 2020 mission launches, it will carry the first-ever Mars helicopter with it. The autonomous rotorcraft faced many design challenges to be able to get lift in the extremely thin Martian atmosphere. 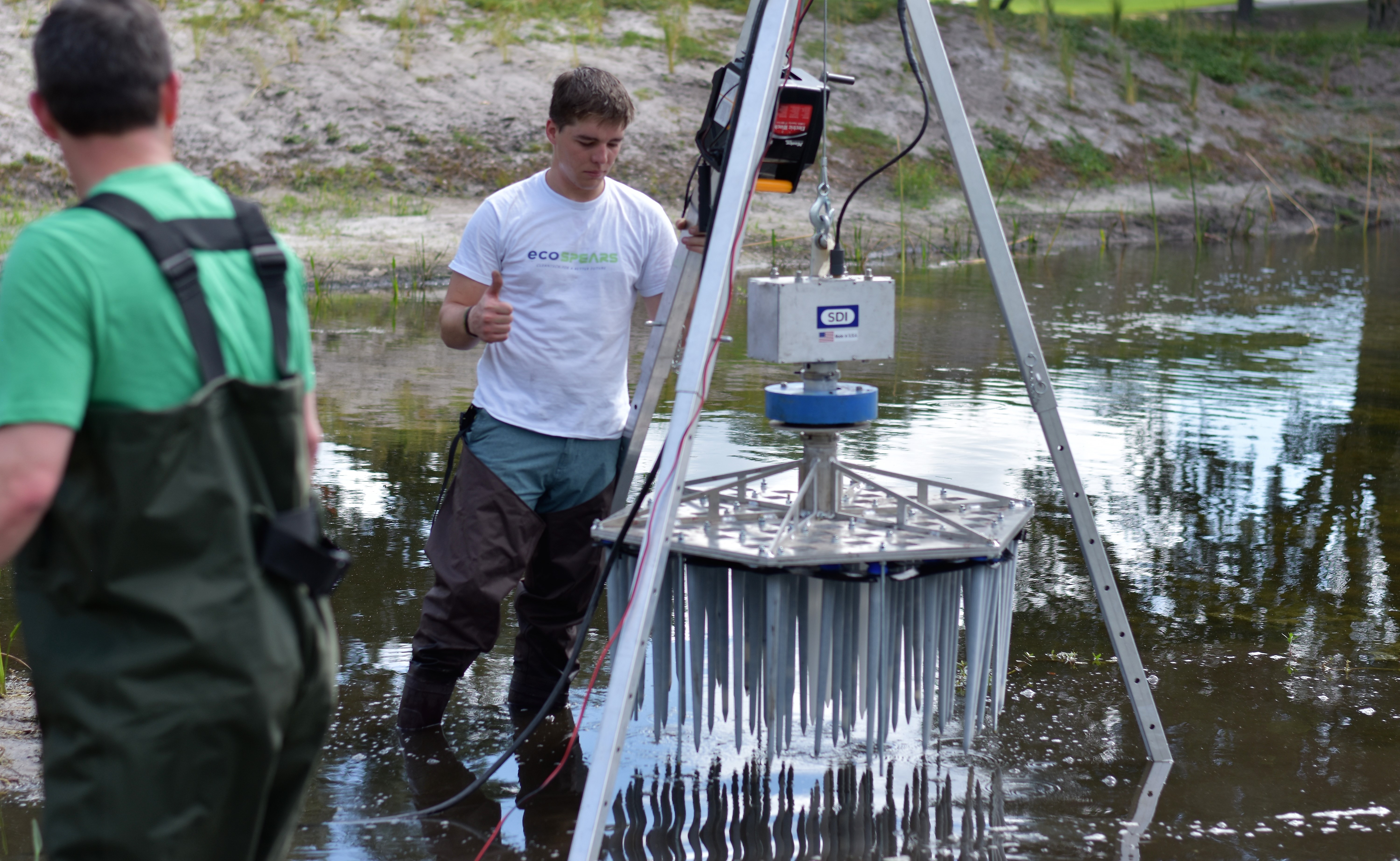