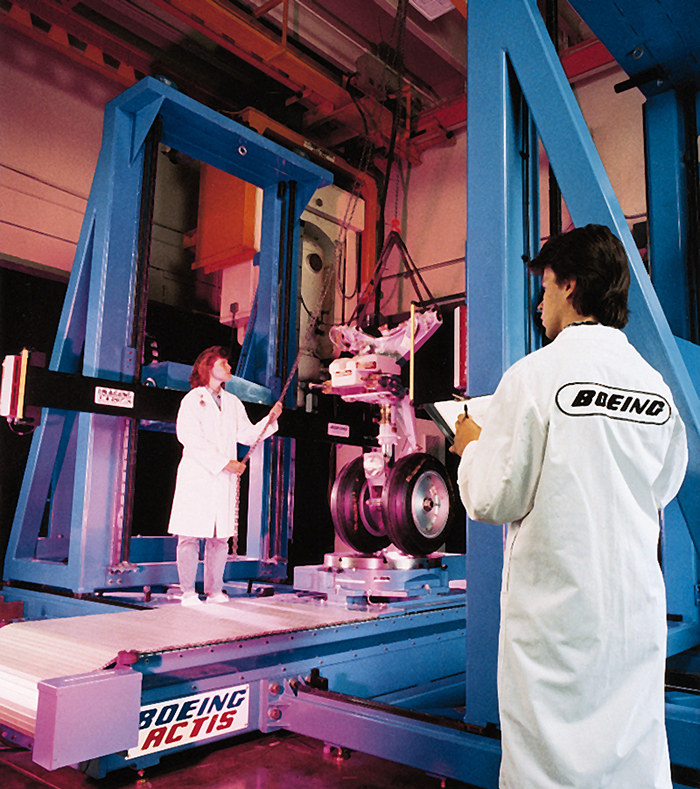 Technology developed for the Apollo lunar landing program has come full circle—launched to the moon and then finding a home back here on Earth—advancing the art of computer imaging inspection.

Computed tomography, widely known as CT or CATScan, is a medical diagnostic technique for comprehensive body scanning. It incorporates digital image processing technology that traces its origin to NASA research and development performed as a prelude to the Apollo program. Millions of people around the world benefit each year from the medical applications of this technology.

This same capability has found secondary utility as an aerospace, and general industrial tool-—the Advanced Computed Tomography Inspection System, or ACTIS. In its medical role, CT scans the human body for tumors or other irregularities. The ACTIS system, on the other hand, finds defects in structures and components, be they castings, assemblies, rocket engines, or nozzles. The system helped NASA's Space Shuttle engineers characterize structural assemblies by producing high-quality CT images. These images demonstrated the ablative properties of various solid rocket motor nozzle assembly materials, revealing anomalies at bondline interfaces. Flaws such as these could cascade into mission failures if not detected.

"ACTIS has upheld NASA's reputation for technology that benefits industry and science," advises Richard Bernardi, BIR's Vice President for Business Development. It was used to view the interior of a sealed centennial "time capsule"—an accomplishment that was featured in several national publications such as National Geographic.

Looking back in time, ACTIS was used to examine the skull and caudal vertebrae of a Tyrannosaurus Rex while the fossils were still imbedded inside their rock matrix. The images helped paleontologists determine the best way to recover the valuable fossils undamaged.

More recently, yet another successful ACTIS spinoff took place. The NASA MSFC ACTIS system proved the feasibility of CT inspection of 55 gallon drums of radioactive waste for the U.S. Department of Energy (DOE), based on tests with surrogate (cold) drums. There are more than one million drums of waste dating back to the beginning of the atomic era. Located in interim storage, these drums are subject to corrosion and potential leakage. They cannot be transported across state lines or permanently disposed of until they have been examined (characterized) to prove that they neither contain more than one-half percent free liquid, nor that the drum wall has lost integrity.

Identifying these conditions is ideal for computed tomography. According to Bernardi, preliminary tests on cold surrogate drums at MSFC were so successful, DOE has since invested in a $6 million BIR program to develop and field test a transportable (mobile semi-trailer), two-million volt x-ray CT scanner. That hardware uses many of the design principles and elements similar to the BIR ACTIS CT scanner currently at NASA's Marshall Space Flight Center. The mobile drum inspection unit uses a combination of x-ray and gamma-ray technology to "fingerprint" the source of radioactivity. Characterization is essential to decision making on how to treat or transport the waste.

Abstract
Bio-Imaging Research, Inc., has been included in Spinoff 1990 and 1993 with spinoffs from their ACTIS+ product developed under a Marshall Space Flight Center SBIR contract. The latest application is for noninvasive nuclear waste drum inspection. With the ACTIS CT scanner, radioactive waste is examined to prove that they do not contain one-half percent free liquid or that the drum wall has lost integrity before being moved across state lines or before being permanently disposed. 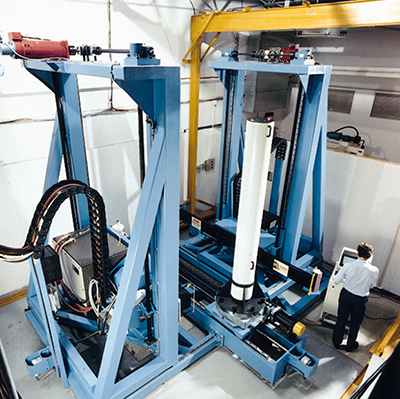 Computed tomography, widely used in the medical field, has proven invaluable to locate imperfections in aerospace components. This Advanced Computed Tomography Inspection System can scan anything from small turbine blades, auto parts, and drums of nuclear waste to rocket assemblies.