New engine technology from Kennewick, Washington-based Stirling Technology Company (STC) is paving the way for the use of more efficient power systems for NASA deep space missions, while also providing cleaner, more efficient power here on Earth. The technology stems from the innovative work of Robert and James Stirling, who invented the Stirling engine in 1816. The technology has come a long way from the original 1800s invention, with STC contributing extensively to its development. As part of U.S. Government space and terrestrial power research, NASA's Glenn Research Center supported many of the company's efforts through various Small Business Innovation Research (SBIR) and other contracts. Glenn's involvement with STC, spanning more than 20 years, includes work on free-piston Stirling engines, small Stirling radioisotope power systems, and related component technologies.

STC developed the RG-350, a Stirling convertor (Stirling engine with a linear alternator), using components from separate Goddard Space Center and U.S. Army Natick SBIR contracts. Glenn engineers demonstrated the use of the RG-350 convertor to power a Hall effect electric thruster. Together, these two technologies operated as an integrated system for the first time, providing a path to lower mass and higher efficiency propulsion systems for future NASA deep space missions. Primary Glenn Stirling activity is focused on supporting the Department of Energy development of a high-efficiency, 100-watt class Stirling Radioisotope Generator (SRG) for NASA deep space and Mars rover applications. STC is developing the Stirling convertor for the SRG.

Based on the RG-350, STC commercialized a product line of Stirling cycle generator sets, known as RemoteGen,™ with power levels ranging from 10We to 3kWe. Under SBIR agreements with Glenn, the company refined and extended the capabilities of the RemoteGen family of convertors.

The RemoteGen engines offer numerous commercial benefits. They can provide power in remote locations from Alaska to Zimbabwe by efficiently producing electricity from multiple-fuel sources, such as propane, alcohol, gasoline, diesel, coal, solar energy, agricultural waste, or wood pellets. Essentially, the engines utilize any fuel source that can create heat, enabling the end-user to choose the most appropriate fuel source available. Remote or distributed power generation also eliminates the need for costly transmission lines and allows utility co-ops to increase their revenues as a power provider.

In addition to the multi-fuel capabilities, the engines operate without friction, wear, or maintenance as a result of STC's design approach. One RemoteGen engine demonstrated over 70,000 hours (8 years) of continuous, maintenance- and degradation-free operation. The continuous operation reduces the capital and related maintenance costs associated with batteries and over-sizing of conventional generators to charge a bank of batteries. These abilities pave the way for self-powered appliances, such as refrigerators and furnaces, that continue to operate during an electrical blackout.

STC developed its products with the environment in mind. The fuels used for RemoteGen have ultra-low exhaust emissions, and converting biomass and agricultural wastes into fuel provides a cost-effective and environmentally friendly energy solution. The engines are hermetically sealed and use no oil or other fluids that can damage the environment. Implementing these engines will not alter the landscape either, since building and maintaining power lines becomes unnecessary. Sound pollution is also avoided, because the engines operate virtually silent.

The reliability and environmental advantages led to the selection of the RemoteGen engines for residential combined heat and power applications by the consortium ENATEC micro-cogen BV. ENATEC licensed the rights to a 1kWe RemoteGen engine and integrated it with a residential boiler. The exhaust heat from the engine and burner provides hot water for a hydronic heating system. The integrated system can provide enough electricity and hot water for a typical European home. By producing electricity in thefrom natural gas, ENATEC estimates a 50-percent reduction in CO2 and NOx emissions, as well as a 15-percent reduction in primary energy use. Electricity not used in theis returned to the utility grid. Mass production of these systems is slated for 2004.

There are numerous U.S. applications for RemoteGen as well. Uses currently being evaluated by STC clients include quiet, pollution-free generators for RVs and yachts, power for cell phone towers remote from the grid, and off-grid residential power variously using propane, ethanol, and solid biomass fuels. Two domestic utilities and the State of Alaska Division of Energy are involved with these applications. In addition, one utility and the National Renewable Energy Laboratory are evaluating a solar dish concentrator version with excellent potential for powering remote irrigation pumps.

With energy and environmental concerns rising, STC is powering the way for more energy savings and less pollution.

RemoteGen™ is a trademark of Stirling Technology Company. 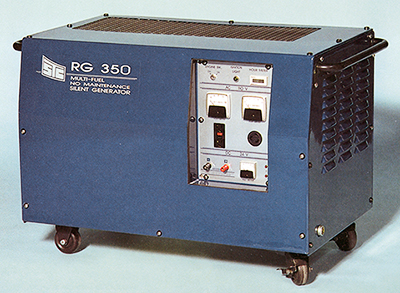 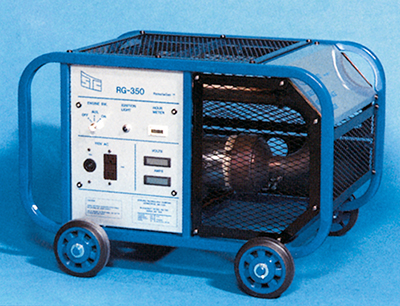