Astronauts who spend six months in space are exposed to roughly the same amount of radiation as 1,000 chest X-rays. Having multiple kinds of radiation bombard their bodies puts them at risk for cancer, central nervous system damage, bone loss, and some cardiovascular diseases. No one is certain about the exact level of risk, so it’s not surprising that NASA funded research into a new method for measuring radiation damage to humans. One outcome no one could have predicted is that, 19 years later, that fundamental science supports a diagnostic test to improve cancer treatment on Earth, called the OncoMate MSI Dx Analysis System.

Dosimeters measure radiation exposure, and astronauts wear them in space to have an estimate of the amount an individual is exposed to. But dosimeters can’t measure the impact of that radiation on the body, according to Honglu Wu. A senior scientist at NASA’s Johnson Space Center in Houston, Wu specializes in biodosimetry, which identifies levels of physiological, chemical, and biological changes caused by radiation exposure.

“The radiation type is different in space, and we have limited knowledge about the risks, especially for long-term space missions to the Moon and Mars,” he said. “We want to have some biodosimetry information or some reliable biomarkers to predict that risk.”

A biomarker is a biological molecule found in the body that’s a sign of a normal or an abnormal process. One way scientists can see changes is by comparing samples of an astronaut’s DNA taken before leaving and after returning to Earth. Those provide some information, but it’s still not enough.

“Using cancer as an example, by the time you detect the markers for cancer, it’s already too late. We want to be able to determine the risk sooner so we can take some countermeasure actions earlier or limit flight time,” said Wu.

A Different Kind of Satellite

A 2002 research study funded by NASA’s Office of Biological and Physical Research explored the possibility that specific sections of DNA, called microsatellites, might accurately record radiation damage over time.

While some microsatellites can mutate and lead to disease, other microsatellites can mutate without harmful effect to a person. The latter are  also more susceptible to radiation damage. This means they can accumulate radiation damage and be used to identify an individual’s cumulative exposure level, making them the first place to look, according to Jeff Bacher, senior scientist with Fitchburg, Wisconsin-based Promega Corporation.

He led the NASA-funded study at the Brookhaven National Laboratory, which consisted of exposing human cells and mice to measure effects of radiation. “The goal was to develop a method to measure a personalized radiation exposure using microsatellites as the indicator, or marker. Was there a one-to-one relationship between the radiation exposure our samples received and the detectable damage?” said Bacher.

Using microsatellites as biomarkers in testing is nothing new. They’re more commonly used in forensic testing and even kinship analysis, such as paternity testing. Early work by the team identified microsatellites that could be used to screen cancer tumors, leading to the eventual launch of a product for clinical research.

Under the NASA study, researchers needed more sensitive indicators, leading to the discovery that certain groups of long mononucleotide repeats (LMRs), a type of microsatellite, were their best option.

The research showed that as the dose of radiation went up, the mutation frequencies in these parts of DNA also went up.

Because of the NASA research, that set of LMRs helped the team develop the Food and Drug Administration (FDA)-approved test OncoMate.

Trying to search a human genome for evidence of molecular damage can be akin to looking for a needle in a haystack. But looking for a known biomarker makes it possible to zero in on a reliable indicator of trouble. For cancer, a molecular disease, identifying the genetic mutations in a tumor is critical for choosing the best drugs for treatment.

Using the knowledge they gained from the NASA study, the research team developed a method to measure the number of changes made to microsatellites during DNA replication, when cells divide. Cancer cells with a significant number of changes, a condition called microsatellite instability (MSI)-high, can indicate a genetic defect that could be caused by Lynch syndrome and other conditions. Finding that needle in the genomic haystack is the first step in a diagnosis.

A hereditary condition, Lynch syndrome is a gene mutation that increases the risk of colon, endometrial, stomach, ovarian, and other cancers. An estimated 1 in 279 people have Lynch syndrome, but most are unaware, according to Bacher. In 2021, the FDA cleared OncoMate MSI as a test to determine MSI status in colorectal cancer tumors. This preliminary test can identify the need for Lynch syndrome screening and a diagnosis, making it possible to monitor and find some of the most treatable forms of cancer.

“The work Dr. Bacher did under NASA funding is now helping improve the way that we can detect MSI tumors,” said Annette Burkhouse, medical affairs officer for Promega. “With that improved detection, we can better help physicians and patients make good decisions about treatment options. That’s where the broadest impact is.”

Looking at the molecular makeup of cancer cells makes it possible for doctors to choose the treatments known to reduce that specific type of tumor. One example of this involves the MSI test developed by Promega for use in research studies. Using MSI analysis technology, a 2015 study at Johns Hopkins’ cancer center found that MSI-high tumors responded well to new immunotherapy drugs. The company is now working with the FDA to expand the use of OncoMate as a companion diagnostic test. Once a type of cancer is identified, OncoMate will be used to determine if it will respond well to immune oncology drugs, according to Burkhouse.

Other countries are already using OncoMate in other ways. In Europe, the test is used to diagnose MSI-high for any tumor found in the body. Promega is supporting nine research studies around the world to identify other ways in which the test might prove beneficial. Burkhouse credits future discoveries, in part, to NASA’s support of scientific research.

“Research projects like the one that NASA funded with Promega years ago lead to unexpected things.” 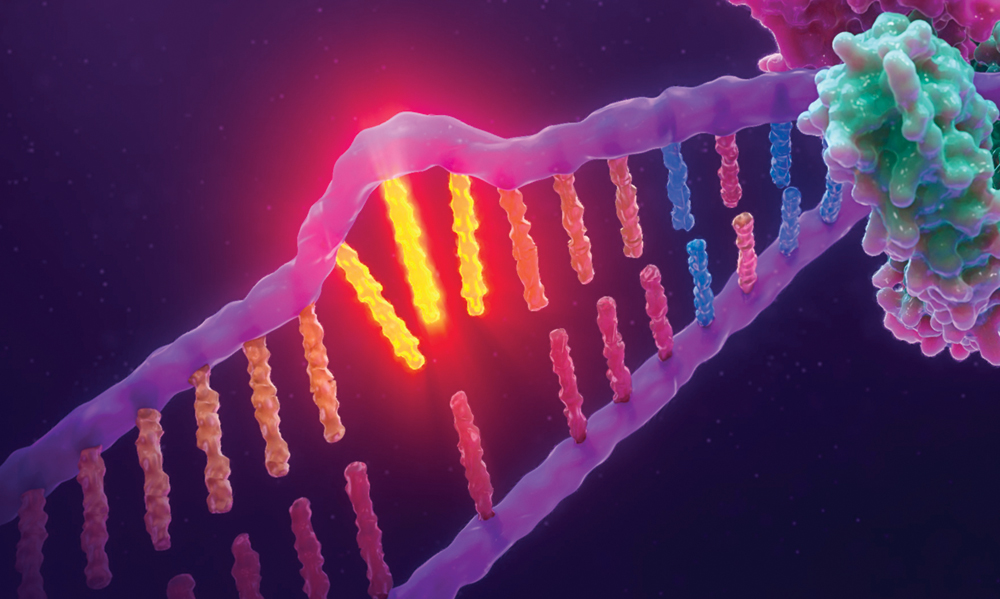 Identifying the type of a cancer tumor can help doctors choose the best treatment. OncoMate MSI Dx Analysis System, developed by Promega, uses the results of NASA-funded research to find changes in DNA like those shown in this illustration to begin the diagnostic process. Credit: Promega Corp. 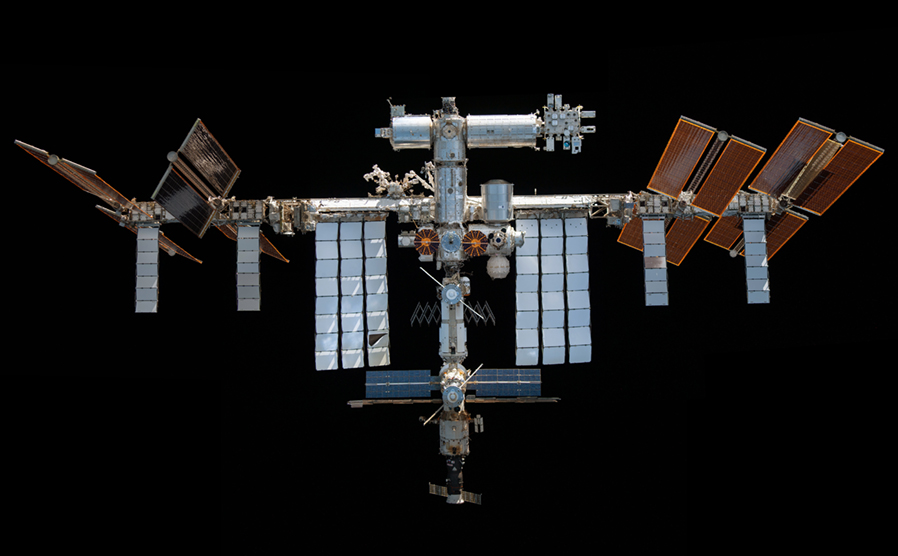 This mosaic depicts the International Space Station pictured from the SpaceX Crew Dragon Endeavour during a fly around of the orbiting lab that took place following its undocking from the Harmony module’s space-facing port on Nov. 8, 2021. Credit: NASA

A spacewalk can be fun, as this image of NASA astronaut Jessica Meir shows. But it’s also hard on an astronaut’s body, with little protection against the constant exposure to space radiation that could lead to future health problems. Now discoveries made as a result of radiation research conducted for NASA are helping doctors customize cancer treatment. Credit: NASA