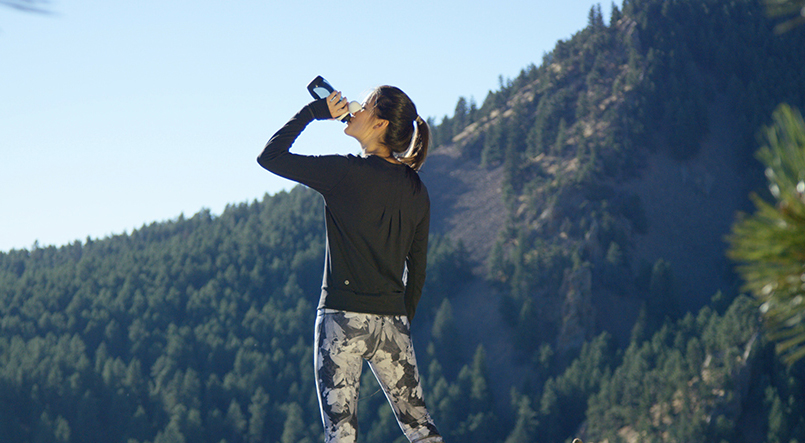 Piush Soni didn’t think much about clean drinking water until it became hard to find.

As a gemologist spending long periods in African jungles, he realized he wasn’t the only one worrying about his next drink of water. “In these countries, you had children dying weekly, drinking from puddles, rivers, and lakes. It’s only there that you realize how valuable water really is.”

One place where drinking water is even scarcer, however, is space. As Soni researched ways to purify water in the bush, he soon discovered a technology developed with help from NASA. Providing astronauts with clean drinking water has been a challenge since the space agency’s earliest days, one that has prompted it to invest in several technologies.

One of these is a filter material called NanoCeram, optimized and tested by Argonide Corporation with the help of two Small Business Innovation Research contracts from NASA's Johnson Space Center in Houston in the early 2000s. The technology has since been incorporated into a host of products by several companies.

Today, Finnish company Ahlstrom-Munksjö holds an exclusive license from Argonide and sells the material under the brand name Disruptor.

In these filters, positively charged aluminum oxide microfibers capture the tiniest contaminants, most of which have a negative charge, while allowing for a high flow rate.

Soni founded nkd LIFE Ltd. in England in 2016 and enlisted an engineer friend to design a bottle using a Disruptor filter to purify water on the go. Within two years, they had the Pod+ water bottle, which purifies water, conditions it to improve taste, and adds ions and antioxidants.

Since its release, nkd LIFE has sold more than 1.5 million Pod+ units and established offices on four continents, including one in West Palm Beach, Florida.

In Europe and North America, the bottles are popular among health-conscious consumers and travelers to areas lacking potable tap water, and as company gifts to employees. In much of Asia and Africa, where tap water isn’t safe for drinking, the company has customers in all walks of life. Thanks in part to the filter medium NASA helped fund two decades ago, the Pod+ is less expensive than other options while still removing 99.97% of contaminants and accommodating a high flow rate.

Beyond the consumer market, Soni also wanted to sell the invention to humanitarian organizations for distribution in the developing world. However, it didn’t yet meet all of those nonprofits’ specifications for low-cost, high-volume filtration that could purify the dirtiest water. “We sort of took that as a challenge,” he said.

He founded a second company, iThrive Labs Ltd., to develop a system that could purify large quantities of water from any lake or river. The system will incorporate another NASA-based technology, the Aquaspace filter medium, in addition to the Disruptor filters. Called Lifepod, it’s planned for distribution in 2022.

Abstract
The company nkd LIFE Ltd., whose U.S. office is in West Palm Beach, Florida, makes bottles for purifying water on the go, using a filtration medium developed with the help of NASA SBIR funding. The company is now working to make drinking water more accessible in the developing world. 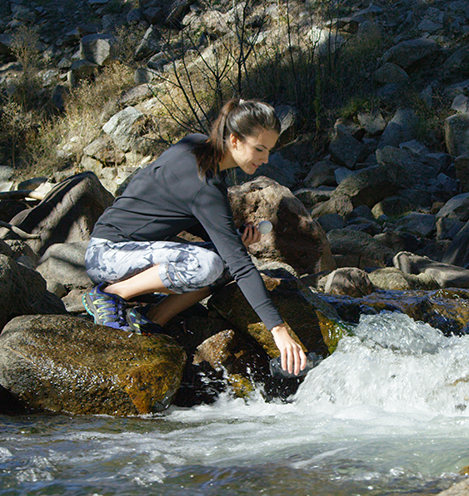 The Pod+ water bottle from nkd LIFE uses a filter medium developed and tested with the help of NASA funding, known as NanoCeram and now marketed as Disruptor, to purify water on the go, removing 99.97% of contaminants and accommodating a high flow rate. Credits: nkd LIFE Ltd. 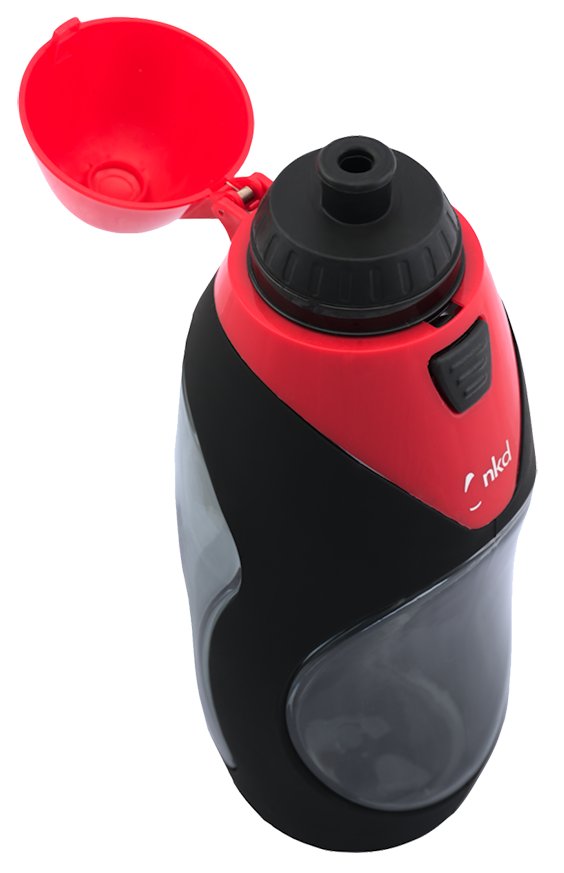