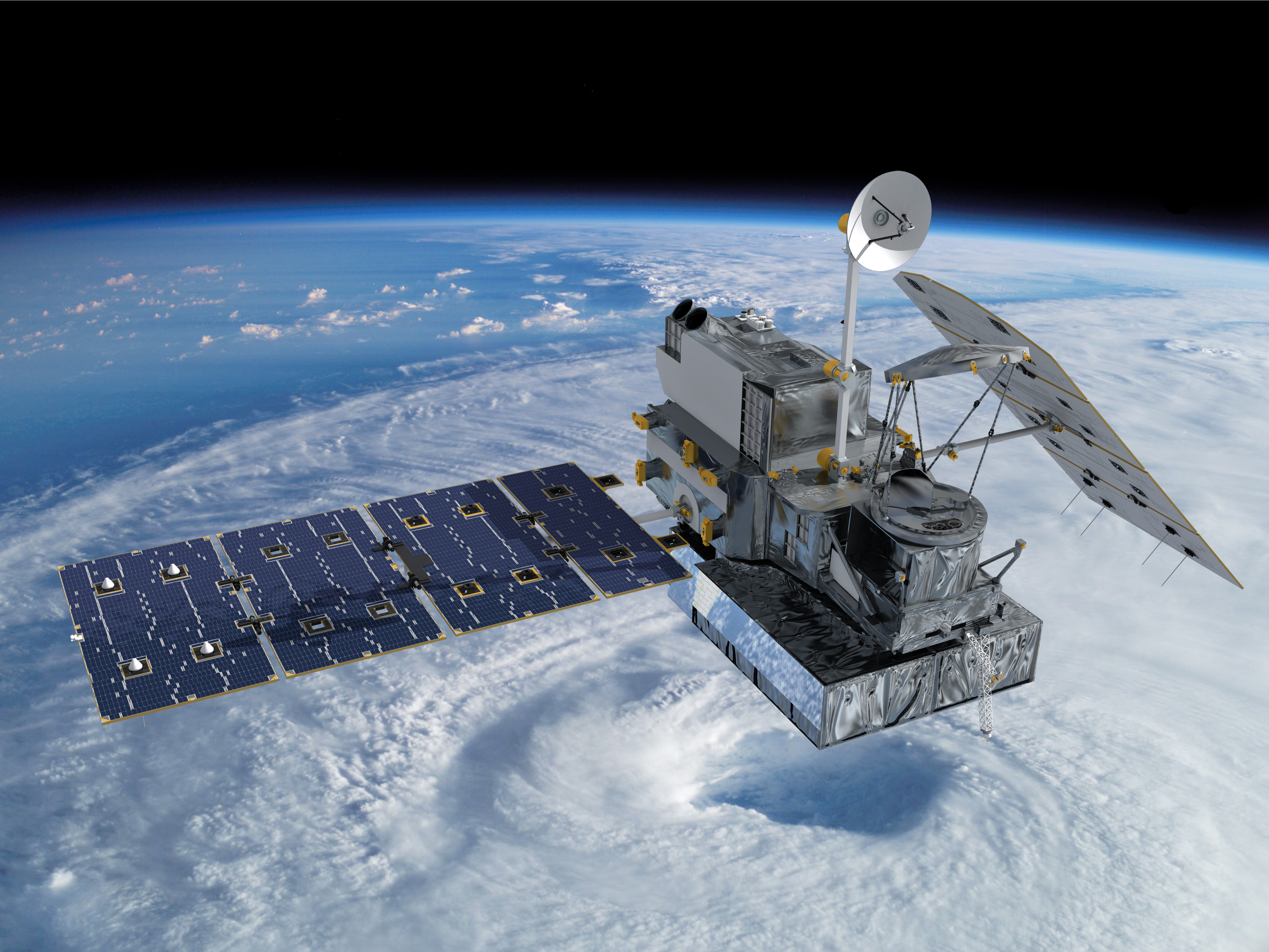 Can forest fires be prevented from space? Can we run airplanes on cleanly generated electricity? Can rocket fuel mitigate oil spills? With a little help from NASA, the answer to all of these questions is yes. Here’s how technological innovations originally developed for use in the skies above can help make life a little greener on our blue marble.

Conserving and Protecting with NASA Tech

Forest fires are devastating, and entire regions can be changed forever in their aftermath. Conservation International, a nonprofit dedicated to protecting nature around the world, used NASA’s Earth Exchange project to improve its ability to predict the risk of wildfires and spot them when they happen. Leveraging the supercomputing power of Ames Research Center and about a petabyte of Earth-observation data from satellites, Conservation International gave its prediction systems a massive boost. The new forecasts protect rainforests by spotting smoke and environmental conditions conducive to fire. The data reporting spans nine countries and can even detect illegal burning activities in protected areas.

You can’t fight fires without a little water, and fresh water is a scarce resource on Earth. Despite this rarity, about 80% of the United States’ fresh water gets used for irrigation. Tule Technologies is one of a number of companies using NASA satellite observations to help farmers get better results with less water. Tule’s system measures evapotranspiration — how much water is evaporating from the ground and how much is being emitted by plants as a way to determine how much water the plant is actually consuming on a given day. The information allows farmers to tailor their water use to their crops’ needs, in one case enabling a grape grower to cut water use by up to 50%.

Getting There with Cleaner Air

In the 1960s and ’70s, Langley Research Center engineer Richard Whitcomb was a titanic figure in aircraft research, who made significant improvements to aircraft efficiency. By the end of the 1960s, Whitcomb had perfected what he called the supercritical wing, an inversion of what had been the traditional wing profile, which significantly reduced aerodynamic drag. In the next decade, he designed the winglet, a perpendicular upturn at the end of each wing that eliminated wingtip vortices, an aerodynamic phenomenon that caused extra drag and could even interfere with nearby aircraft. Both adaptations are now nearly ubiquitous on commercial airliners, where each saves billions of dollars in fuel every year—and reduces CO2 emissions in direct proportion.

That’s not the only way NASA has helped push forward the cutting edge of airplane technology. Another effort has come through its longstanding research with experimental aircraft. Today, the Agency is turning its attention to making all-electric aircraft commercially feasible. In developing the X-57 Maxwell electric aircraft, NASA engineers at Armstrong Flight Research Center needed powerful batteries that could safely provide the 200 kilowatts required for the plane to take off. But while lithium-ion batteries pack a lot of power, they can also start dangerous fires. The X-57 team contracted with California-based Electric Power Systems to build a high-density battery pack that would also be safe. The technology went on to power the Bye Aerospace Sun Flyer, a prototype electric aircraft with a total operating cost of $3 an hour, and is one of the first viable power sources for all-electric passenger flight.

Green on the Grid

When Ames wanted to make sure its Sustainability Base was the most energy-efficient federal building in the country, its engineers teamed up with a number of companies, including Verdigris Technologies, to make it so. Verdigris’ system detects power usage across a building’s entire grid, monitoring consumption device by device. Among other benefits, the system can detect any abnormal energy use, alerting users to the need for a repair and saving money in electricity costs. Verdigris’ customers for the technology now include major hotels, corporate offices, hospitals and manufacturers.

Saving electricity is one thing, but generating it requires a whole other line of research. As it turns out, bacteria can be our friends in the latter. Over several years, NASA helped fund Cambrian Innovations’ efforts to harness bacteria that “breathe” electrons — and clean up wastewater while they do it. In “biologically assisted electrolysis,” microbes generate electricity as they break down waste. Other microbes feed on that electricity and produce methane, which can also be used to power facilities.

In 2013, Cambrian released its EcoVolt Reactor, which is already being used by breweries and wineries to treat their wastewater and power their operations. But that’s just one of many revolutionary power sources created with NASA’s help. Reliable solar panels are not only key to clean power but are instrumental to most space missions, and NASA is always on the lookout for ways to improve the technology. The typical solar cell manufacturing process is very complex and expensive due to single-use components. However, under several Small Business Innovation Research contracts with NASA, MicroLink Devices developed a process to reuse the substrate that solar cells are printed on. These new cells may not be quite as efficient as those made by the standard process, but they’re significantly cheaper.

Cleaning up the Ecosystem

Monitoring carbon dioxide in our atmosphere is a critical priority for NASA’s Earth-observation satellites. Looking down from orbit, these satellites detect large-scale changes in the atmosphere, but the same instruments can help plug smaller leaks too. A former Langley Research Center contractor founded Hager Environmental in 2009 to use a CO2 sensor invented for satellites to monitor car emissions instead. The Emissions Detection and Reporting (EDAR) system can be mounted on traffic signals and uses lasers to sniff out the hydrocarbons emitted by vehicles passing underneath. EDAR systems are now deployed in three states and recently saw road use in Europe.

NASA’s designs for deep space are also cleaning up the local ecosystem, including our waters. When he was head of the Environmental Research Laboratory at Stennis Space Center in the 1980s, Bill Wolverton proposed using plants and microbes as a way to scrub toxic materials from water during long-duration missions. Years later, municipalities are constructing artificial wetlands based on that research as to treat sewage. These man-made marshes are just as effective at filtering water as their naturally occurring counterparts, and the process is still being researched to this day.

But sometimes more extreme measures are needed. The Deepwater Horizon oil spill was one of the worst environmental disasters in recent history. After helping to investigate the incident, Bastion Technologies took developments the company used in various work for NASA and adapted them to prevent spills of this scale in the future. Typically, emergency well blowout preventer systems use force from compressed gas to shear the surface connections. The hydraulic force pushes solid rams through the underwater piping and severs the well from the oil rig. But that pressure wasn’t enough to close the Deepwater Horizon breach. Bastion’s improved cutoff device uses a solid propellant, similar to those in many rocket boosters, to generate the necessary forces. The new SureShear system is 99.9% reliable and weighs a fraction of traditional blowout preventers. A full-scale system has been successfully tested for the Bureau of Safety and Environmental Enforcement.

More and more, we find the same technology that helps a handful of astronauts live and thrive in a craft out in space can do the same for several billion people — and the rest of the creatures living with us on the land, in the sea and in the sky — on our own little rock as it too hurtles through its orbit. 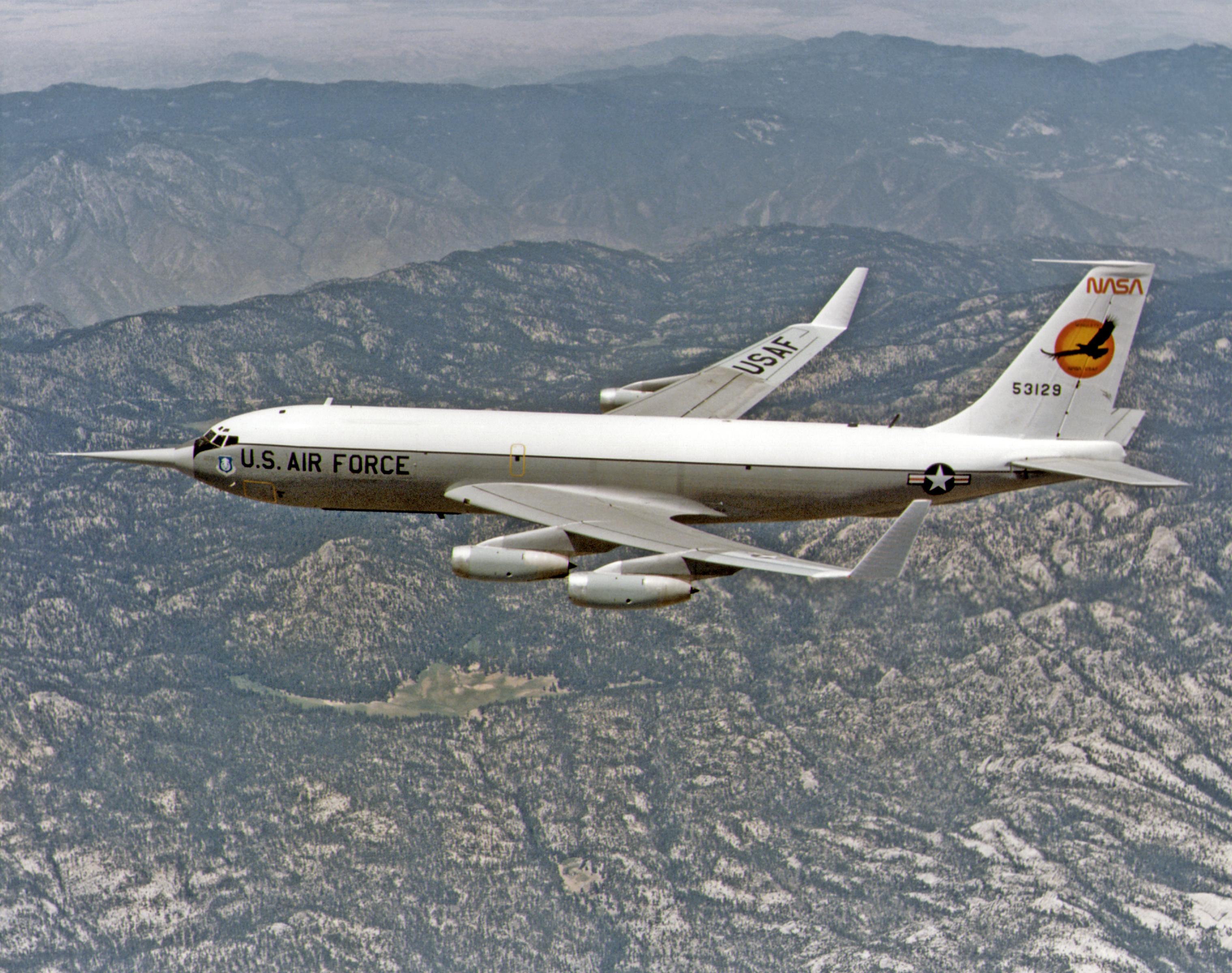 The development of the winglet made airplanes much more efficient, reducing operating costs and carbon dioxide emissions. After NASA Dryden’s flight tests with a KC-135, the design soon became common across the air industry. Credit: NASA